The final practice session at Queensland Raceway has been stopped with a minute and a half to go after a huge crash for Scott Pye.

The DJR Team Penske driver reported a brake failure over the radio after spearing into the tyre barrier off high speed turn three. The impact sent the tyres flying, with the Ford Falcon FG X lodged up on an angle on the tyres. 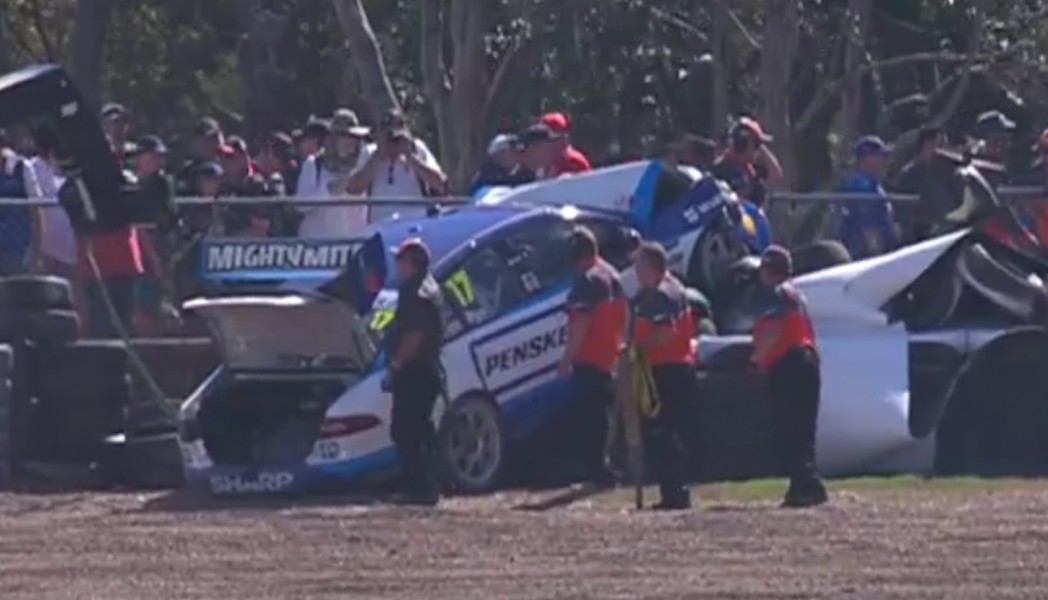 Pye was running 26th and hadn’t sent a flying lap before the accident.

Team boss Ryan Story said the crew would need to speak to Pye to understand what happened, but confirmed they had changed brake rotors before sending him out.

“He came on [the radio] and said a brake failure – we’re having a look here, we’ll talk to him when he gets back,” Story said.

“We’re glad he’s ok, and just hope no one was hurt with those tyres flying around.

“We did change rear rotors, until we talk to him it’s hard to say … he reported a brake failure.”

Red Bull’s Jamie Whincup set the quickest time of the session with a 1min10.1028 lap, 0.0723sec ahead of defending champ Mark Winterbottom.

Conditions at Queensland Raceway are windy, with a number of drivers running off track during the shortened session.