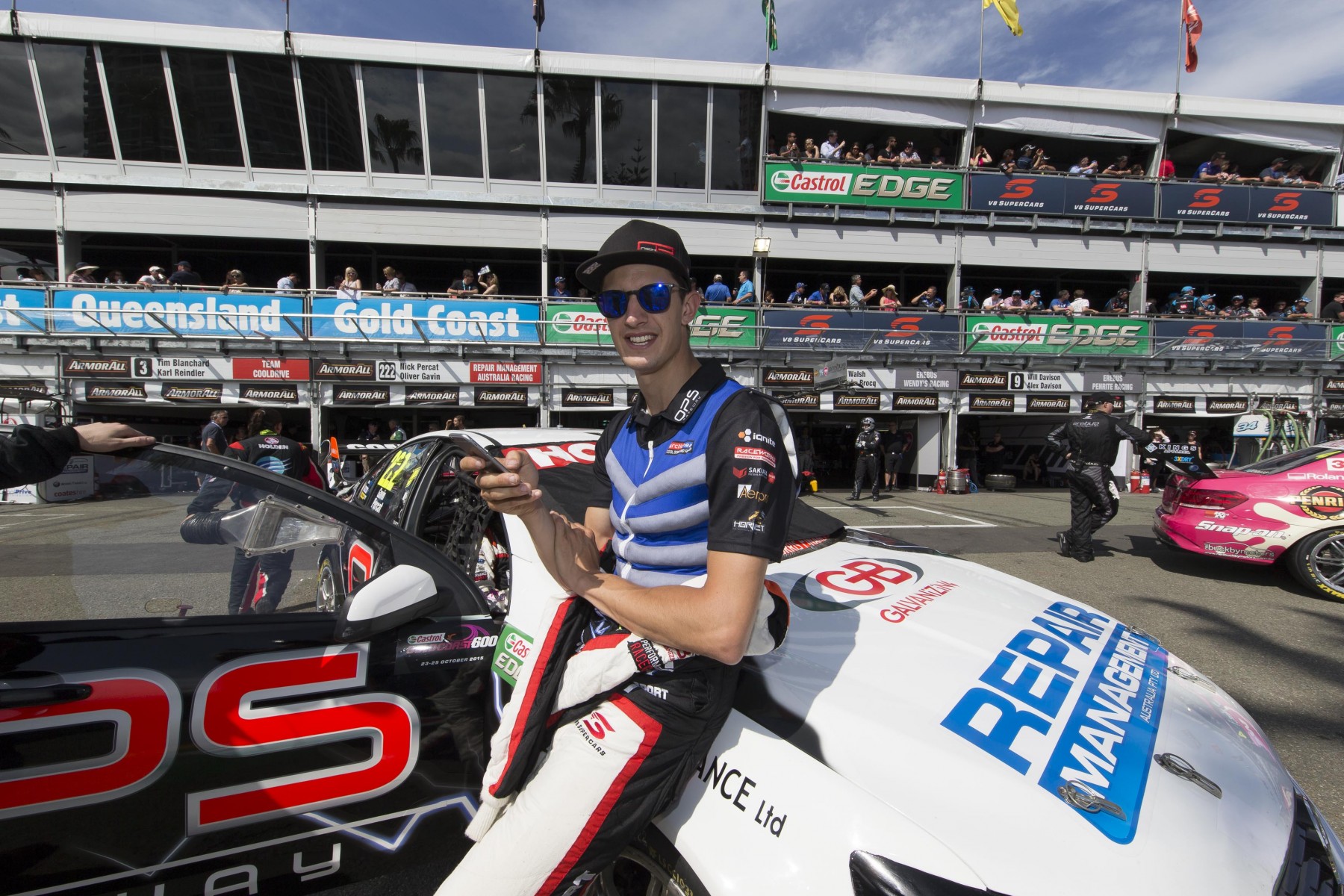 Nick Percat is back in good health and champing at the bit to get back behind the wheel of his V8 Supercar.

The 27-year old was diagnosed with a blood infection that kept him from contesting the last two events of 2015.

While he was on the mend before Christmas, Percat was tentative not to go too hard too soon after the infection flared up at Phillip Island.

He’s now totally sure his body will cope in the challenging conditions of the cockpit.

“My health is back to 100 per cent now,” Percat told v8supercars.com.au.

“I’ve nearly done 1000km on the bike this year, so my body has been accepting it pretty well – I did heaps of training in Adelaide in hot dry conditions, which is good – it’s all coming along nicely.

“You’ve got to have respect for [your body] and once I figured I was good to go, full steam ahead like normal and going well.”

Recently home in Melbourne after spending Christmas with family in Adelaide, Percat is in regular contact with team bosses Lucas Dumbrell and Barry Hay as they regroup for 2016.

The team is yet to confirm a replacement driver for Tim Blanchard, a new teammate for Percat – though he says boss Dumbrell is “not stressed” about it. Percat himself doesn’t seem worried about a new face alongside him as he pushes for more top 10 results.

“Not really, to be honest,” he replied when asked if a new driver in the group took some adjusting to.

“So to be honest, it doesn’t bother me who’s in the second car because I feel like, in the past, I’ve gone up against the best in the business … Garth can never be written off and JC, before his accident, was battling for the championship.

“The year I was with them [at WR] I thought I held my own against them. In the back half of the year in some cases I was better than them, so I’m confident enough that whoever comes into the team doesn’t affect you.

“I’m pretty easy to get along with as long as you like dogs and go karts!” he laughed.

Shifting to Lucas Dumbrell Motorsport last year was a late change for Bathurst 1000 winner Percat, going from big name four-car group Walkinshaw Racing to a team with limited success. However, Percat has made the most of it and believed his Triple Eight built Holden Commodore will be better this time round, with the team now prepared to operate two cars.

“The car will definitely be better than what we rolled out with at Clipsal last year, which is definitely a positive and surely I’ll have a teammate soon – I think that’s the next thing,” Percat said.

“Last year at the [pre-season] test day I was there until two or three in the morning helping get the car ready. Blanchy’s only got finished the following morning – so a little bit pear shaped there and out of out control.

“But [this year] we’ll rock up at a test day like any normal team and do our thing, go back, give it a re-prep and head to Clipsal ready for full attack.”

After the building year that was 2015 – when LDM grew from one to two cars – Percat’s expectations are higher. He believes the team showed it was capable of finishing in the top 10 last season, but mistakes needed to be eliminated.

“Any time the car ran well, when we weren’t having niggling issues we were in the 10,” he said.

“It wasn’t like we were lucking our way into the 10, we finished in the top 10 several times – but then a lot of the time the car wasn’t where we needed to be, not doing what we wanted and we had issues going on, which stopped us performing.

“For me, that all needs to be fixed and Lucas and Barry know that – they’ve been around a long time and want it fixed too.

“The priority is making sure all that stuff is done properly so we don’t go to the track and have to be repairing things and getting things ready.”

While the team has had the usual off-season staff shuffle, Percat believes they have the right personnel to make improvements.

“This time last year I said I wanted to be in the top 10 and my mindset hasn’t changed … the team has to get some of the more simple things right every weekend.”

While Percat plans on taking his go kart out this weekend, his next opportunity to drive a race car in anger will be his Bathurst 12 Hour test at Phillip Island penciled in this week.

He has secured a spot with the Performance West-supported Lamborghini Gallardo GT3 team and shares the Italian wheels with Scott Andrews and Peter Rullo – the father of teenager Alex Rullo, who will contest the V8 Supercars Dunlop Series this year with LDM.

“It’ll be cool, Phillip Island in that car,” Percat said.

“It’s designed for that kind of track, so I think the Lambo at Phillip Island with a sticky set of tyres will be really enjoyable and a good test for the body – I can’t see it being any issue at all.”