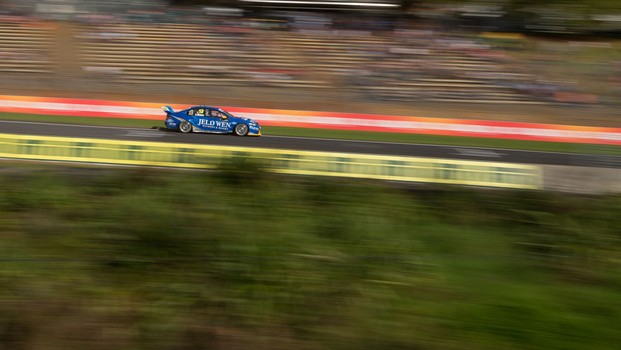 All the majorpartners of the completely revamped Pukekohe Park Raceway were elated with theopening day of the V8 Supercars ITM 400 Auckland in Pukekohe today.

This follows theformal approval this week from the world motorsport body, the FIA, whichgranted a category three certification for Pukekohe Park Raceway which hasundergone a $6.6 million upgrade in order to run this weekend’s event.

The category threegrading will enable all forms of motorsport in this country to be able toutilise the upgraded facilities at Pukekohe Park Raceway. Motorsport NewZealand will continue discussions with the FIA after this weekend to pursue acategory two licence.

“We are absolutelydelighted with the work that has been done at Pukekohe,” Motorsport NewZealand’s General Manager Brian Budd said.

“The category threeinternational licence is what was required to run the V8 Supercars event andrealistically any motorsport event that New Zealand would be looking to host.

“Without this workdone at Pukekohe, its existing international licence was in serious jeopardy.There were issues around safety at the circuit that had to be addressed, whichhas been done. What we have at Pukekohe is a fully compliant FIA category threecircuit.”

Both Motorsport NewZealand and V8 Supercars said the project presented a unique challenge.

“It is a veryunique build which combines a traditional permanent circuit with theintroduction of infrastructure from a temporary circuit,” Mr Budd said.

“The FIA recognisethe uniqueness of this build and the sport will be working with the FIA movingforward to establish if the circuit can or even needs to be upgraded further tocategory two.”

V8 Supercars COOShane Howard said there were some interesting tests.

“It is constrainedby the fact that it is constructed around the confines of a horse racing trackand a railway line running along the main straight,” Howard said.

“Installingconcrete barrier units on both sides throughout has addressed a number ofissues, and is now more of a street race in character. That is a uniquecircumstance and that is why the FIA are satisfied with the safety and now theyhave taken this design back and are going to investigate further to determineif it meets the requirements of grade two.

“That said, thecategory three grading covers every form of motorsport that is currently on theradar in this country, and only the highest levels of single seater eventsunder FIA would require anything more.”

Event sponsor ATEEDhas been thrilled with the improvements and the first day of racing.

“The upgrades thathave been undertaken at Pukekohe Park have ensured that we have secured theexclusive round of the V8 Supercars at Pukekohe for at least the next fiveyears,” said ATEED’s Jennah Wootten.

“Having this eventin Auckland is significant for us given the alignment with Auckland’s MajorEvents Strategy and the international exposure, the visitation and the newmoney into the economy that this event will drive.”

Whincup, consideredone of the best race car drivers in the world, was in awe of the improvementssince he was last in Auckland in 2007.

“What they havedone here is absolutely awesome, I am glad to be back. It is so much better andsafety is massively improved which is what was needed,” Whincup said.

“The track hasalways had awesome character; and now it is so much better. It’s always beensuch a great track to drive and fantastic for the fans. It’s such a greatspectacle. The TV pictures are amazing and that’s what millions around theworld will see.

“Last time we werehere I can remember waiting for a fence to be fixed and a photographer to gettaken off to hospital, so the safety was pretty ordinary.

“I am so glad thatATEED and the New Zealand Government has gotten behind the circuit. The flow-oneffect for the people is they have an incredible facility for motorsport,driver training and all sorts of different things. It is money very wellspent.”

In-form Kiwi FabianCoulthard was equally impressed and wants nothing more than to take home theJason Richards Memorial Trophy in memory of the late Jason Richards who passedaway in 2011.

“It’s important forNew Zealand to have a race. It was Hamilton, now here. It’s nice to come backat a professional level on a really terrific and safe track that can be usedyear-round.

“Jason played suchan instrumental part at Brad Jones Racing so it will be awesome to take it backfor them, whether that be me or Jason (Bright).”

Jamie Whincup  ›
15' Team BOC and Freightliner Racing ›
15' Red Bull Racing Australia ›
2013 ITM 400 Auckland  ›
Stay In The Know
Sign up to the Virgin Australia Supercars Championship Newsletter
We use cookies to ensure that we give you the best experience on our website. If you continue to use this site we will assume that you are happy with it.Ok