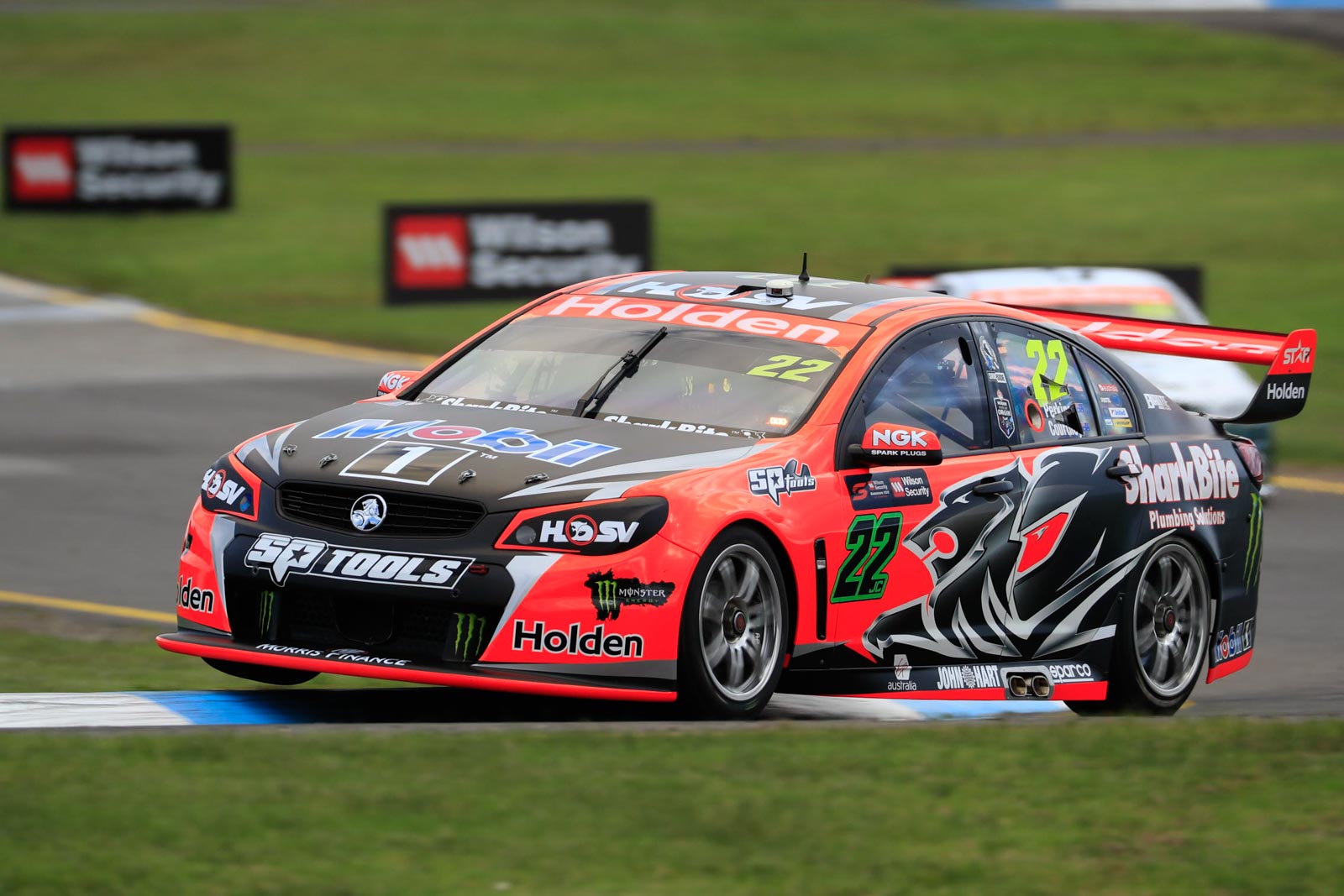 James Courtney believes Pukekohe will be a good test for the Holden Racing Team as it applies its recent learnings to the track this weekend.

Strong through the endurance races – traditionally a part of the season where ‘Team Red’ jumps back up to the front – the squad now heads to a circuit Courtney calls their ‘bogey track’ after minimal success in recent years.

Paired with Jack Perkins, Courtney was unable to stamp his authority throughout the enduros, though teammates Garth Tander and Warren Luff won the Wilson Security Sandown 500 and then featured in controversial incidents at the front of the pack at Bathurst and the Gold Coast.

After two 10th place finishes at Surfers Paradise and holding 10th in the Championship, Courtney believes the team’s performance at Pukekohe will help them understand just how far it has come in recent months.

“It was really good driving the enduro season with Jack, he’s a great driver and a good mate … but I’m also looking forward to having the car back and getting stuck into a heap more development,” Courtney said.

“Hopefully at Pukekohe we can have a better round there than what we’ve had in previous years.

“It’s been a bit of a bogey track for us so we are looking to use everything we have learnt over the last few months.

“It is critical to get damping right at this track and we will do some testing to get a good idea of where the car is at.”

While the 2010 Supercars champion is locked in to continue on with the team next year as Walkinshaw Racing, Tander is yet to confirm his plans for 2017.

His motivation to win races hasn’t dropped as they head to Pukekohe – a place where he has recorded three career wins and is one of only four drivers to have completed all Supercar events held at the circuit.

“I like the Pukekohe track, it’s very fast, very bumpy, and it’s a real challenge; you have to manhandle the car a fair bit,” Tander said.

“My main focus, with only two events to go, is to finish the year as strongly as possible.

“With myself and Walkinshaw Racing parting ways at the end of the year I would like to finish with some success and that is certainly the motivation for the final two rounds.”

The event runs an alternate SuperSprint format, with four 10-minute qualifying sessions and four 100km races across the meeting. The top point-scorer will be awarded the Jason Richards Memorial Trophy, which is held in high regard by the teams and drivers.