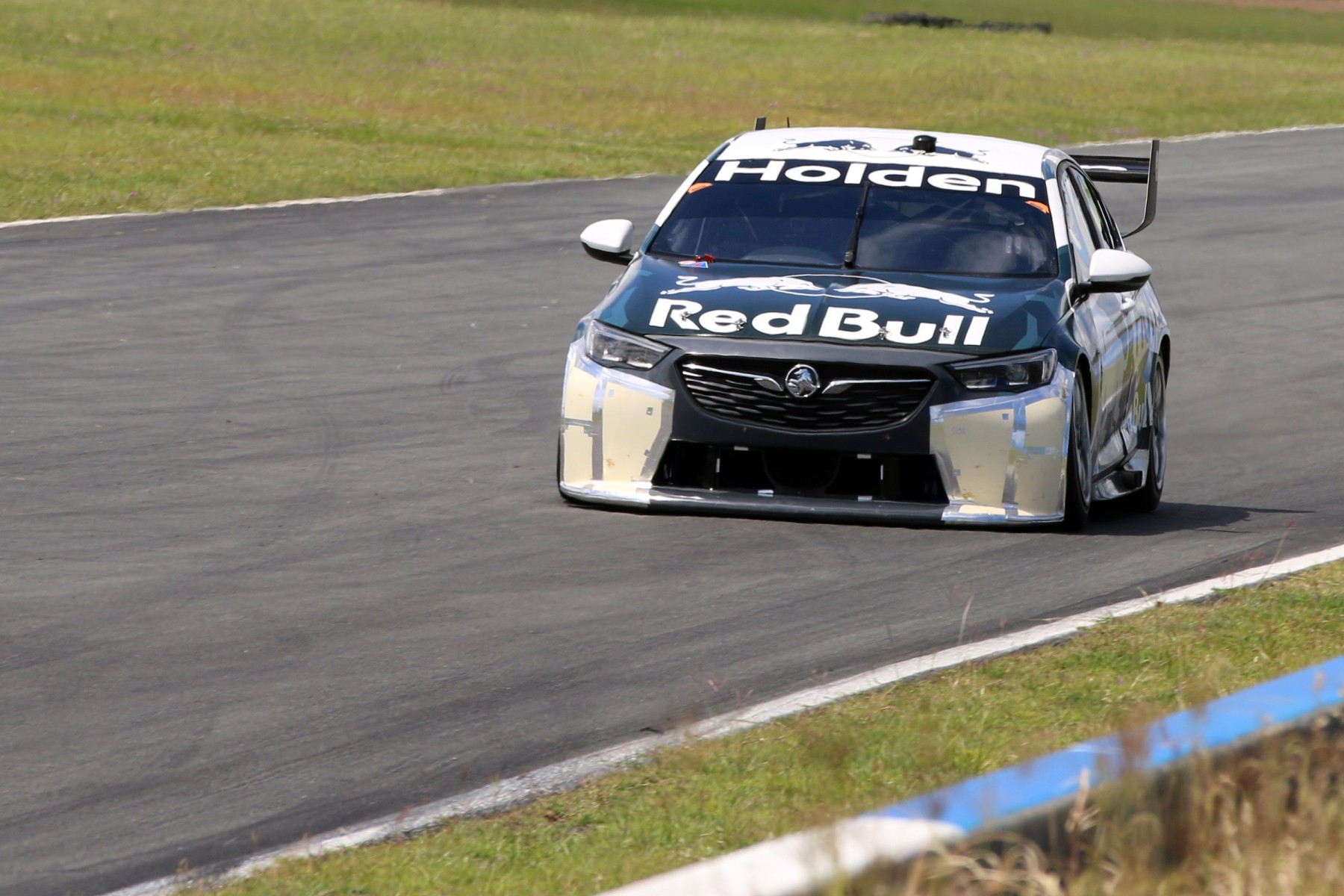 The Triple Eight-developed Holden is undergoing straightline testing in south-east Victoria this week, overseen by Supercars to determine its aerodynamic package.

While some time has been lost to wet weather so far, Supercars Sporting and Technical Director David Stuart said progress is being made.

“The weather has been a little wet at times, which means you can’t run.

“However, when we can get on the runway everything is going well.”

Its maiden visit to Queensland Raceway was originally scheduled for late September, but delayed due to damage sustained in airfield running at Stanthorpe Airport.

The ZB replaces the VF Commodore that was introduced with the then-new Car of the Future Platform in 2013, and had its aero package revised for the start of ’15.

In five seasons it won 108 out of 165 Supercars Championship races, taking Whincup to three of his seven titles and Gisbergen to his 2016 crown.