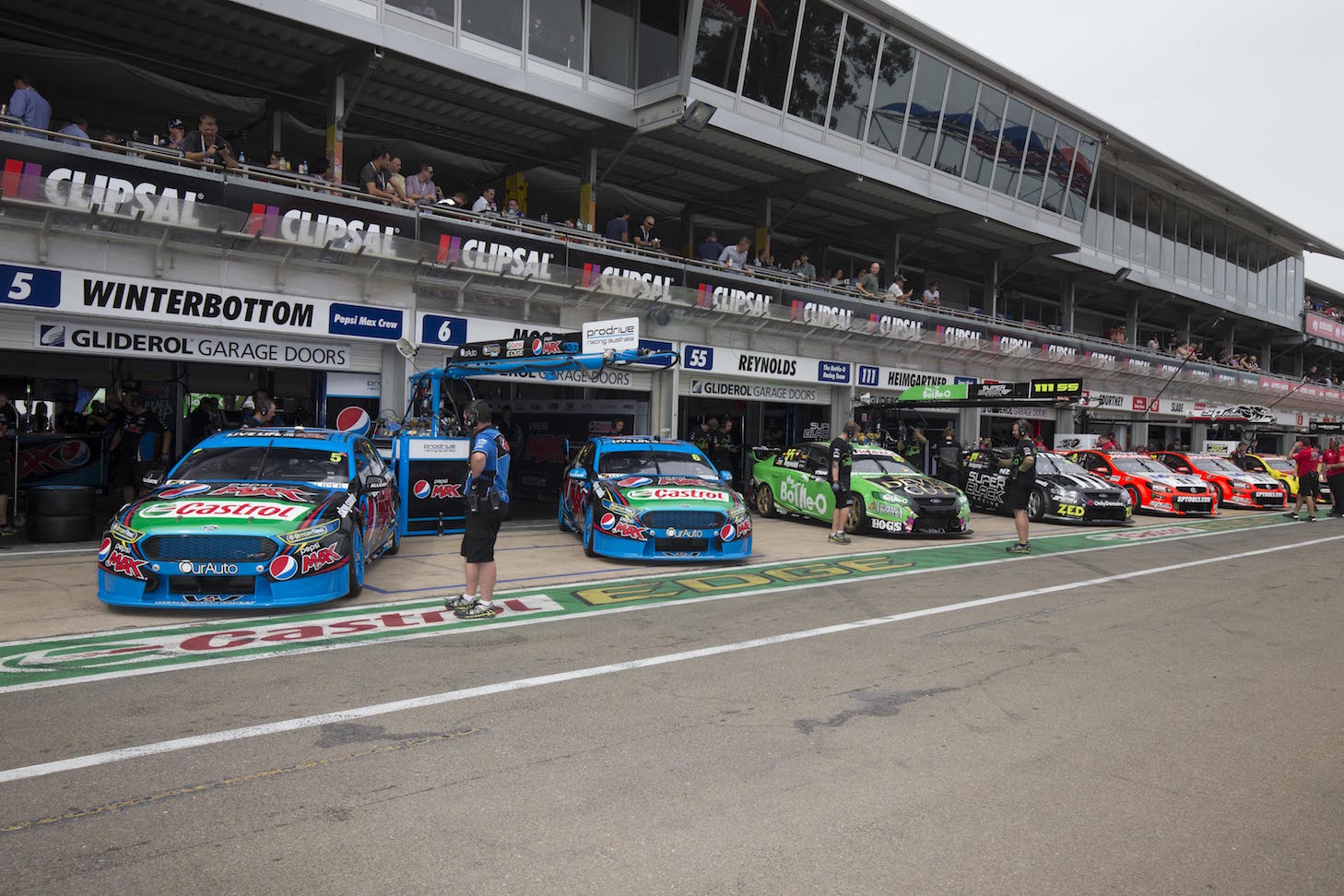 Both Prodrive drivers were championship contenders in 2015, before Mostert’s crash, and while separating them in pit lane does alleviate the dreaded double stack while sharing a boom, the team is citing commercial reasons for the change.

Dane’s Red Bull team battled to the wire with Prodrive for the prestigious teams’ championship last year, which dictates where each group lines up in the pit lane for the following year.

He warns that next year the four car group could find itself buried back in the order, with Winterbottom and expected teammate Cameron Waters combining points, while Mostert’s go towards Rod Nash Racing and Chris Pither’s towards Super Black.

“They’ve made their call and they’re entitled to – they’ve got different sponsors across each car so clearly they’re in a position to,” Dane told v8supercars.com.au.

“But effectively they’re saying the teams’ championship is not important to them – and that’s fine, I respect their decision. But they could find themselves further back down pit lane unless it goes really well.”

Dane believes it shows a clear preference for Winterbottom and Mostert within the team.

“Every team makes it’s own choices, but it’s effectively saying to the other two drivers in the team that, ‘hey guys, you’re not as important and we’re going to sacrifice you if you get in front of Mark or Chaz’.

“I personally think the stacking thing is something people get excited [about] every so often, and it happens every so often – not that often. And a lot of the time you can mitigate against it. Not all of the time … it’s part of the sport, but fundamentally it still doesn’t stop Chaz and Mark taking points off each other, like any other combination.”

Over the years, Red Bull Racing Australia has had to manage stacking Jamie Whincup and Craig Lowndes, given both have been in championship contention against one another. The leading car on track often gets priority, and if a team decides to stack, it’s usually because staying out on track would ultimately lose more time.

Dane says it is simply not true that his team has been in the situation more than others in the past.

“There are plenty of teams that stack – HRT stack, the Jones’ stack, it happens all the time,” he said.

“The thing is, people look at Craig and Jamie more than anyone else for a few reasons.

“Firstly, our pit’s often visible in pit lane because it’s at the front and top end of pit lane.

“Secondly, people are following what they both do and Craig’s got a bigger supporter base than any driver – if he’s the one who’s having to stack it’s all negative around it.

Lowndes and Whincup won’t need to stack behind one another this year, with Dane’s Triple Eight team expanding to run three cars.

Instead, it will be Whincup and Shane van Gisbergen in the same garage, while Lowndes shares with customer team TEKNO Autosports, with Will Davison behind the wheel.

Red Bull was 71 points behind Prodrive in the teams’ championship last year when heading to the final round at Sydney Olympic Park.

When his team was able to jump to first position on the leaderboard by 136 points, Dane was thrilled, counting the teams’ championship as one of the biggest achievements in V8 Supercars. It was Triple Eight’s seventh time winning the team’s championship, and the sixth in a row for Dane and his group.