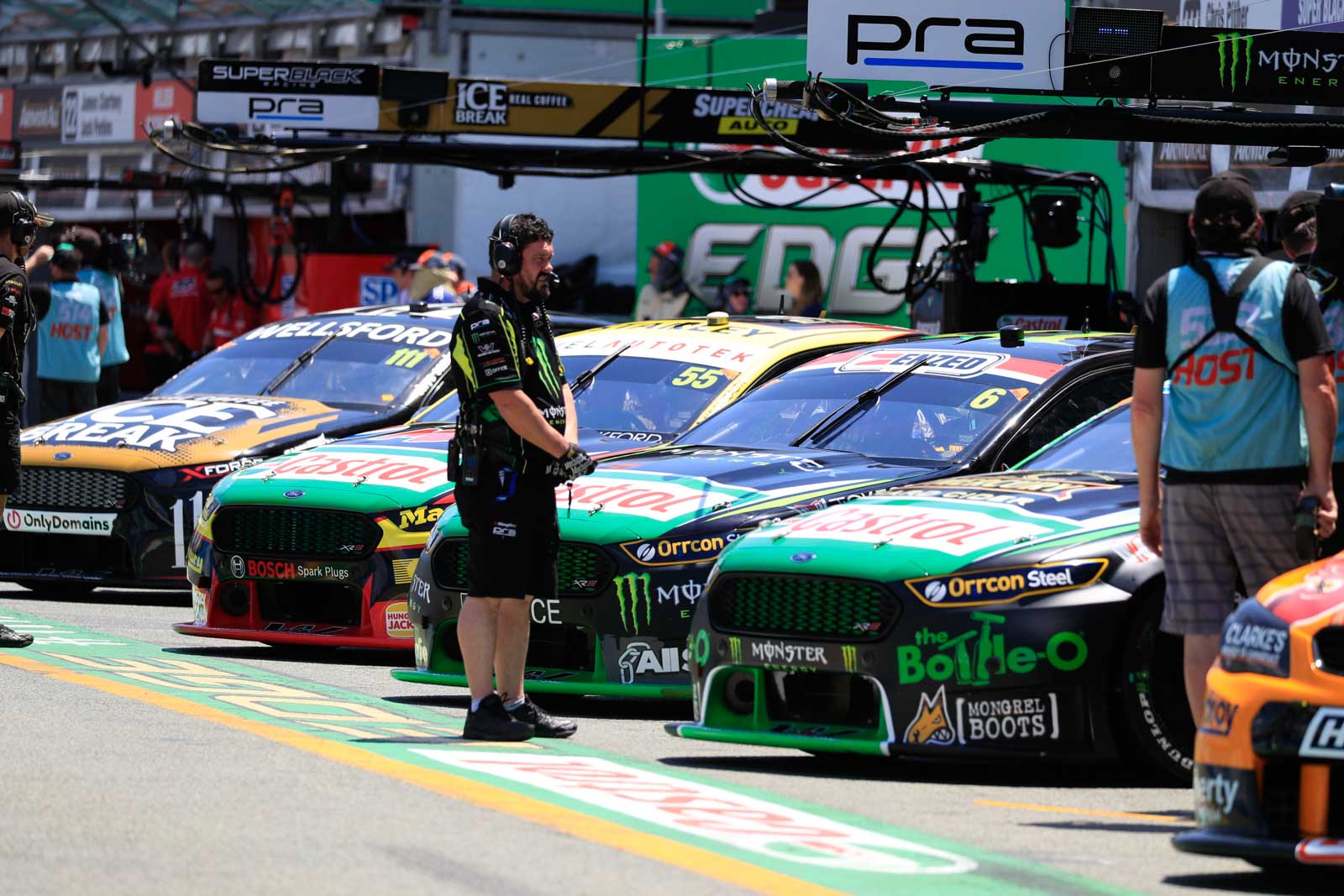 They have split their two fastest drivers, but Prodrive Racing Australia boss Tim Edwards believes the team is still capable of finishing second in the teams’ championship and maintaining its spot as the second group in pit lane order next year.

Further, Edwards confirmed the team would continue to house Mark Winterbottom and Chaz Mostert in separate garages, as they do this year, because of commercial reasons.

While it means Winterbottom and Mostert are free from double stacking behind one another – as happened in 2015, and with championship leaders Shane van Gisbergen and Jamie Whincup several times this season – their points are not combined when tallying up the teams’ championship.

The Virgin Australia Supercars Championship’s dominant force, Red Bull Racing Australia, wrapped the teams’ title up on the Gold Coast, locking in the first two garages for the Red Bull pair, and Craig Lowndes’ TeamVortex entry which is paired with TEKNO Autosports this year.

But as the points currently stand, rather than being the second group in the order, Prodrive could drop behind Holden Racing Team and Garry Rogers Motorsport. There’s 130 points separating second to fourth heading into Homebush, with a maximum of 576 points still available.

“From a pit lane order perspective, it means something – it’s very close, the battle for second amongst the three of us, and we’re in fourth at the moment unfortunately,” Edwards told supercars.com.

“If we have strong results in Sydney we could quite easily jump back up to second, so that’s certainly our goal.”

But, he says, the teams’ championship and pit lane position has nothing to do with splitting Frosty and Mostert, who will remain in separate garages for the 2017 season.

“It’s not always about where you are in pit lane and all those sorts of things – there’s commercial implications and so that won’t be changing for next year, irrespective of the teams’ championship.”

With DJR Team Penske only 203 points behind, a bad round could see Prodrive drop as low as fifth in the order, after holding the second spot in the lane for the last four seasons. The last time they dropped below second was in 2010, when the team came home fourth behind Triple Eight, Dick Johnson Racing (which won the drivers’ championship with James Courtney) and Garry Rogers Motorsport.

But Edwards isn’t worried about who is behind them.

“My focus is on getting back into second place, that’s what we need and that’s what the guys will be working hard to do, so it’s no different to any round, we go there to put our best foot forward.”

While Holden Racing Team holds P2 by just 37 points over GRM, boss Adrian Burgess says it was due to inconsistencies up the pit lane, rather than a good performance by the factory Holden squad.

“We’d rather be second than third and yes, we’d move up the pit lane – so it’d be good from that point of view, but I wouldn’t take it as a sign we’re happy with the year, we’re certainly not,” he told supercars.com.

“If you look at all the points of all those guys, our drivers are tenth and 12th and you end up second in the teams, so it really just shows no one has been consistent apart from the guys who have won it. The rest of us haven’t done a good enough job.”

Wilson Security GRM finished seventh last year, so a jump to second would be an impressive improvement.