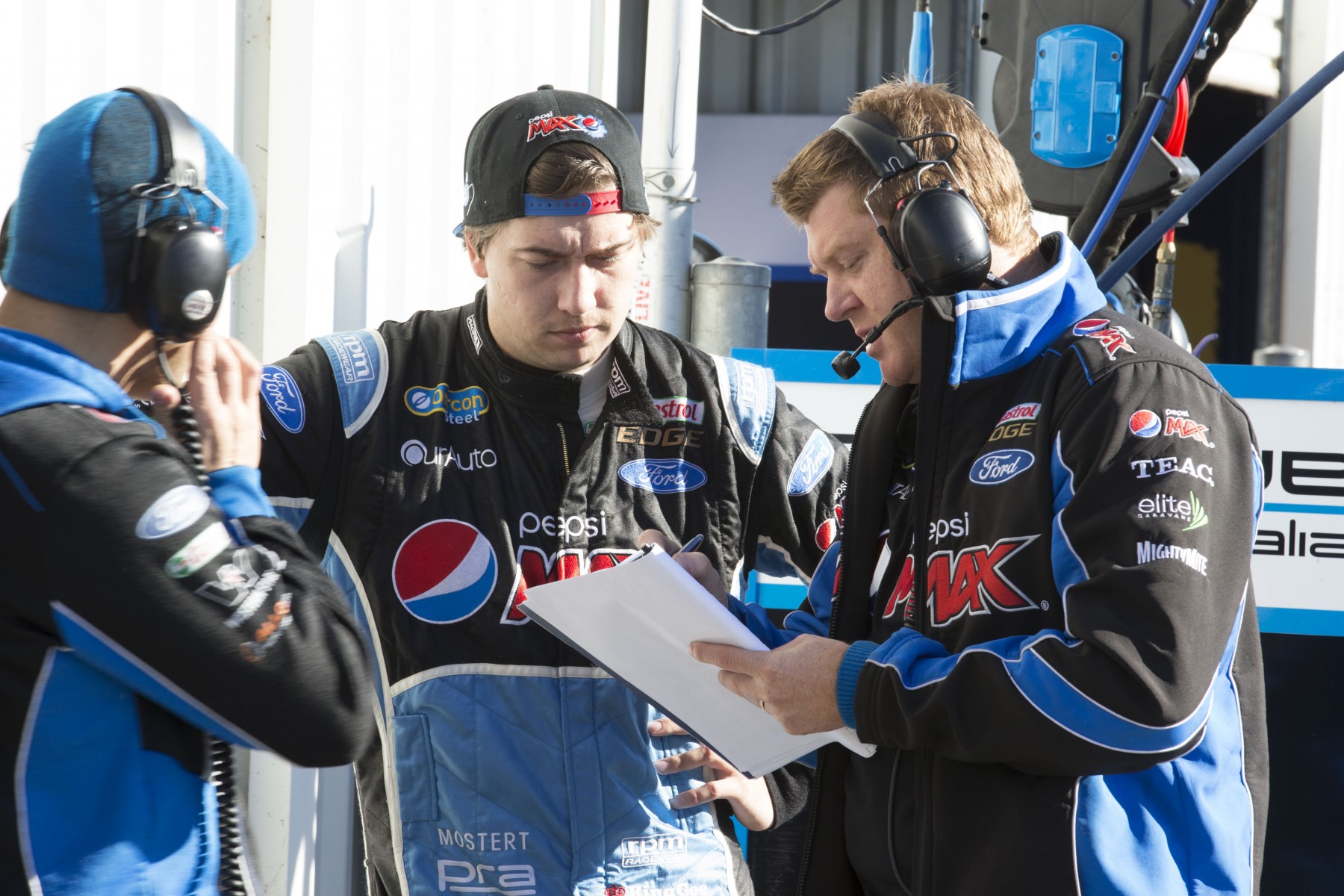 Prodrive has confirmed a reshuffle of its engineering department that reunites Chaz Mostert with Adam De Borre and places a different engineer at each car for the 2017 season.

The Mostert/De Borre combination worked together at Dick Johnson Racing in 2013 and Prodrive in 2014/2015, which included victory in the 2014 Supercheap Auto Bathurst 1000.

De Borre left the team at the end of 2015 amid a move from Melbourne to his hometown of Merimbula in New South Wales for family reasons.

He subsequently took up a part-time role at DJR Team Penske, where he engineered Scott Pye throughout 2016, before striking a deal to return to Prodrive.

Elsewhere at Prodrive, Brendan Hogan moves from Cameron Waters' entry to partner Mark Winterbottom, whose engineer of the last two seasons Jason Gray left the outfit at the end of 2016.

Waters has now been paired with Brad Wischusen, formerly with Mostert, while the team's Super2 engineer Sam Potter steps up to work with Jason Bright on his return to the squad.

Despite wholesale changes in the partnerships, PRA team principal Tim Edwards is confident in the new combinations.

“We had some big changes to make at the end of last year but it gave us an opportunity put our best foot forward for this year,” Edwards said.

“We chose to put Jason (Bright) with Sam this year because we all know that he, as a driver, is one of the best engineering minds in the field so in Sam's first year they'll be able to bounce off each other and try different ideas.

“I'm confident in the ability of each of our engineers and I think with this structure we'll be up there again this year.

“Brad and Brendan are well and truly integrated with the team now and with a decent amount of time under their belts respectively, so they know what they've got to work with and what we can do to improve.

“It's great to have Adam back. We are confident with his relationship with the team and Chaz of course so the transition back to the team will be easy and we'll hit the ground running there.”

“I have a lot of respect for Brendan,” said Winterbottom of Hogan, who joined the team from Lucas Dumbrell Motorsport last year.

“He's worked with a lot of good drivers and certainly knows what he's doing when it comes to these cars and the category as a whole.

“I definitely think he can help us get back up there and back to a bit of consistency because that's one thing that wasn't as strong last year.”

Mostert hopes De Borre’s return can help him recapture the form that saw him challenge for the championship before a heavy accident at the 2015 Supercheap Auto Bathurst 1000.

“It's really exciting to be teaming up with Adam again. He has been my engineer for most of my big career moments so to continue this journey with him is awesome,” Mostert said.