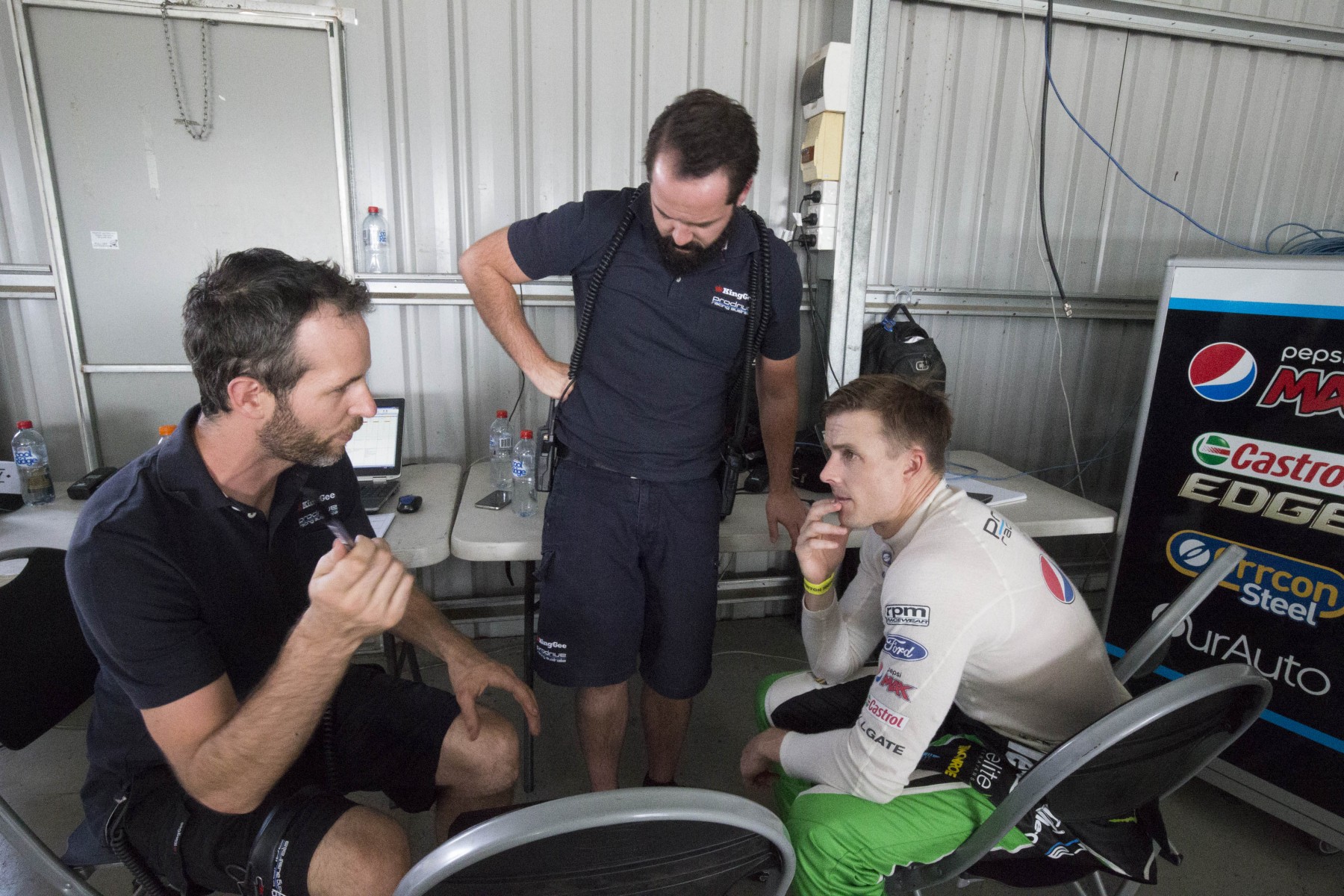 Prodrive will take a more conservative set-up to the May 6-8 Perth SuperSprint at Barbagallo Raceway following two tyre failures in the last Virgin Australia Supercars Championship event at Phillip Island.

A third Falcon, the DJR Team Penske FG X of Scott Pye, was pitched off the track at turn one at more than 200km/h in Saturday’s race when the front right also deflated without warning.

No rival car brands suffered a similar failure, although the Eggleston Motorsport Holden Commodore VF of Paul Dumbrell did have a front right let go during a Dunlop Series race.

“All I can tell at the moment from Phillip Island is that there was no mistake,” Prodrive Racing Australia chief engineer Nathaniel Osborne told v8supercars.com. “Everything we put in the cars was intentional and if our set-ups are too close to that window then it will happen again.

“We have experienced tyre failures in the past. I have got a bit of an idea of the likely causes of them. I am not sitting here and saying it wasn’t us because everyone had the tyre.

“Maybe we didn’t have the appropriate set-up and just a full stint, the understeer has pushed us over the edge. I have no idea if other cars finished close to failure. No-one shares that data.

“So I just have what’s in front of me to work with and I look at it and, yeah, we have to look at what we are doing internally because there was a problem.”

Osborne and the rest of the PRA engineering team are especially conscious that Barbagallo has a coarse surface that is notoriously hard on tyres and the entire event will be conducted on soft Dunlop rubber. In the past there have been spectacular tyre failures at the circuit.

“You always have in the back of your mind ‘maybe this batch of tyre has changed because we had no issues in practice’,” said Osborne.

“But I think it was over a distance that we had the issue, so we are definitely going to have to keep that in mind with our set-up for the Perth round to make sure we don’t fall into the same trap.”

Adding complexity for the PRA engineering crew is the knowledge it must find more tyre durability to go with the one lap pace the Falcons have displayed so far in 2016.

Between them, the PRA and DJRTP Falcons claimed the first five ARMOR ALL pole positions of the championship season, but have yet to win a race. In fact, no Falcon has won since former Prodrive pilot David Reynolds claimed victory at Pukekohe last November.

“As the season progresses we are still going to be winning races and going to be at the front,” said Osborne. “We are pleased to be up the front this early in the season, but we are just not cracking through for the win at the moment.

“We have got some work to do to make the car last longer in a stint.

“There is plenty of pace in the car and it doesn’t matter what compound, it’s just can we make it live through a stint. We have been working on that and we had some good gains at Phillip Island and whether or not that is going to translate on to the soft tyre in Perth we are still to find out.”

Osborne also downplayed the concerns Mostert expressed post-Phillip Island about the struggles he was having coming to grips with the 2016 version of the FG X.

The 24-year old had been the form man of the championship until his huge Bathurst qualifying accident that put him out for the remainder of the 2015 season.

“We are working through that,” Osborne said. “Why it feels different to 2015 is a bit of a mystery at the moment. We haven’t got any component changes that we can put our finger on that we think must be that.

“It hasn’t been all smooth sailing for him but he has showed plenty of pace.

“I don’t think he is going as badly as he thinks he is. When he left the level of competition wasn’t this close and he feels he is putting in a good lap and then he comes in and sees a two or three on the board instead of a one and he’s not liking that.

“That is good because he is determined to get back to the qualifying dominance that he had last year.”

2016 Perth SuperSprint  ›
Stay In The Know
Sign up to the Virgin Australia Supercars Championship Newsletter
This website uses cookies to improve your user experience. By continuing, you will be providing your consent to our use of cookies.Ok