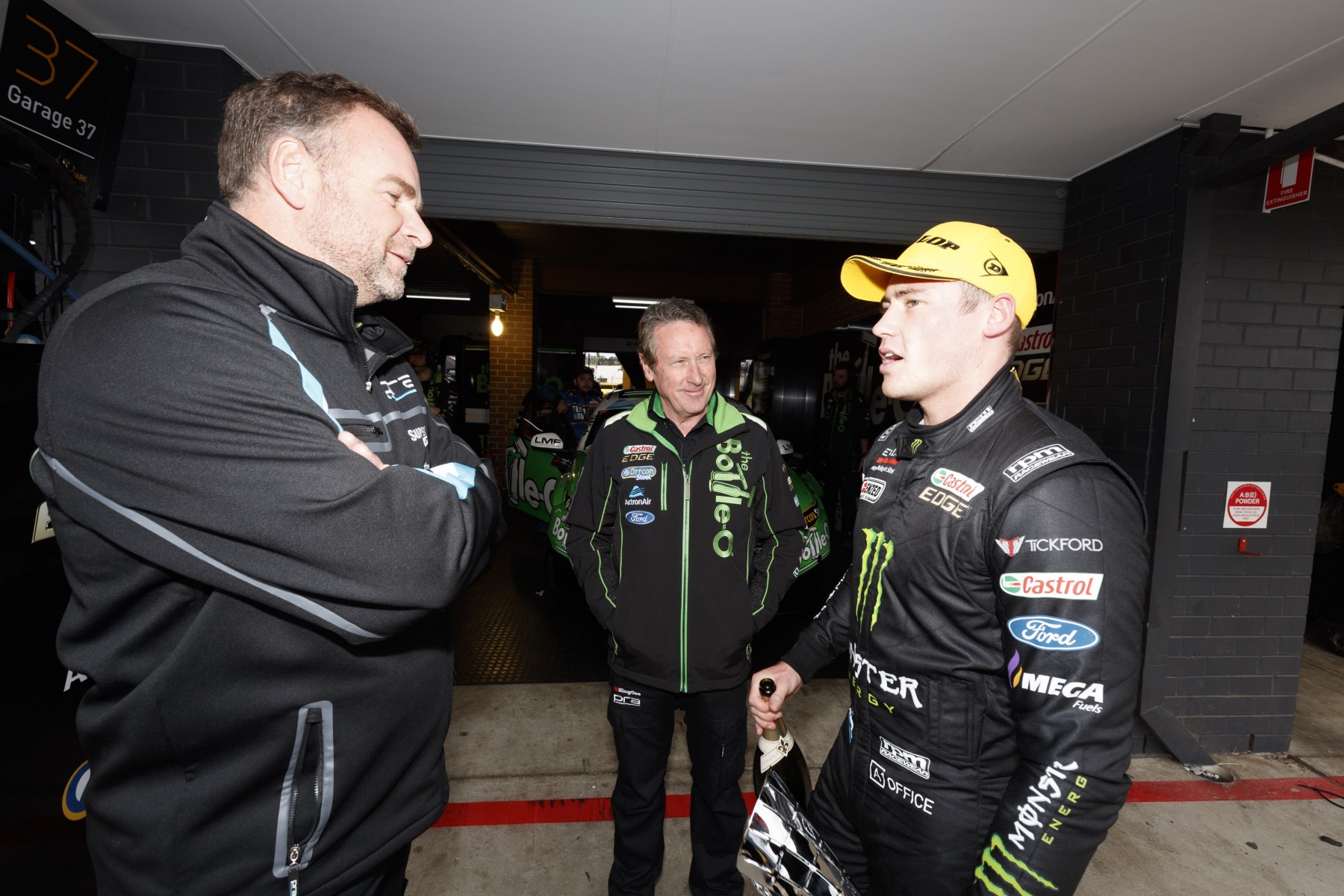 Stanaway enters the championship full-time in 2018 with the Ford squad having spent the best part of a decade in Europe, winning races in categories including GP2 and GP3 and racing as a factory Aston Martin GT driver.

After turning his focus to a securing Supercars berth, Stanaway has impressed in the last two PIRTEK Enduro Cups with Prodrive, alongside Chris Pither under the Super Black Racing banner in 2016 and Cameron Waters this year.

Waters and Stanaway won the Wilson Security Sandown 500 in September and finished third in the Enduro Cup that was won by team-mates Chaz Mostert and Steve Owen, as Prodrive made "huge improvements" in the second half of the season.

“Having Richie join the team really completes the package for us," team principal Edwards, left above with Rod Nash and Stanaway, said.

"We’ll head into 2018 with four great drivers in four fast cars, and we believe we’ll be a threat to win any time out.

“We’ve elevated our expectations for next season, and we can’t wait to hit the track.”

Mostert finished as Prodrive’s top finisher in the 2017 championship in fifth, having been in title contention until the Newcastle season finale in a year dominated by Shell V-Power Racing and the Red Bull Holden Racing Team.

He also led the way for the team on race wins with three, while Winterbottom was sixth despite his first winless season with the outfit, Waters took eighth and Bright finished his final full-time campaign 20th.

Stanaway also grabbed a race win in a one-off Dunlop Super2 Series outing at Sydney Motorsport Park with Prodrive before the enduros, finishing third for the weekend. 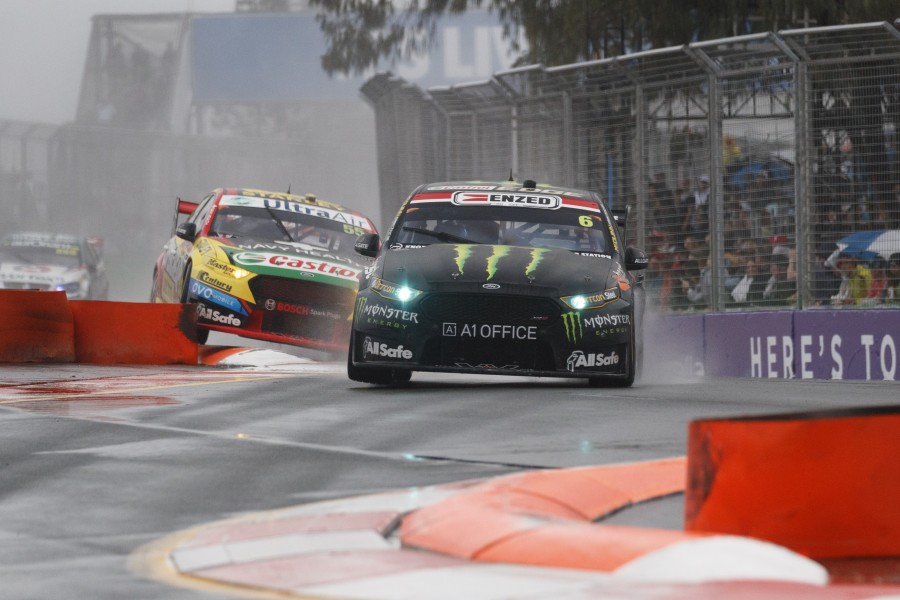 Based on Stanaway’s enduro campaigns, Edwards believes “the bond’s already there” between the 26-year-old and his three new team-mates.

“We’re obviously delighted to have Richie aboard with us full time,” Edwards said.

“For as young as he is, he brings more experience and achievements to the table than a lot of veterans, and he’s impressed us every time we’ve put him on track.

“He’s proven he deserves a top quality ride in this sport, and I’m glad he’ll be racing for us rather than against us.”