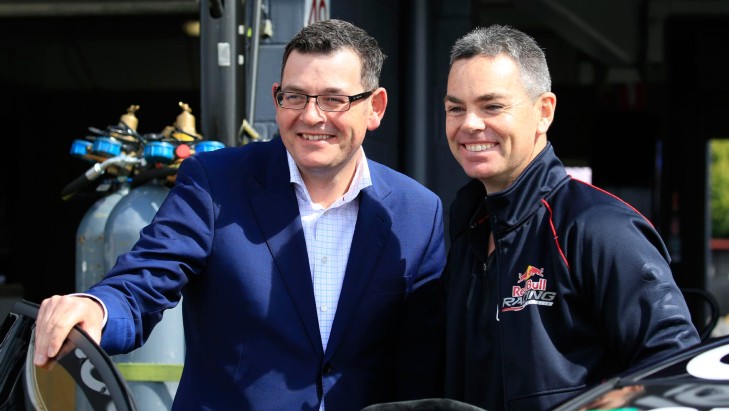 Victoria will stage another prized sporting event when the V8 Supercars Championship turns its focus to Sandown for the 46th Wilson Security Sandown 500.

Lowndes is out to equal the mark of racing legend Allan Moffat, who won the Sandown event six times.

Victoria is proud of its major events calendar, which, next year sees three of the first six V8 Supercars Championship events to be held right here in Victoria. From Formula 1 race day at Albert Park to Phillip Island, Sandown and Winton, Victoria has the best of motorsports in 2016.

"Sandown is at the heart of motorsports in Australia. Fans from all over have been coming here for decades to witness the best, including Victorian racing legends like Craig Lowndes," Premier of Victoria Daniel Andrews said.

"The biggest and best sporting events belong right here in Victoria, and having three of the first six V8 Supercars Championship events is exactly that."

Some 50,000 fans are expected converge on Sandown over the coming days as the teams finetune ahead of the Supercheap Auto Bathurst 1000. Practice begins tomorrow, before qualifying on Saturday and race day on Sunday.

Events like Sandown bring visitors to Victoria from across Australia and the world. It means more jobs, more spending in bars, restaurants and entertainment venues, and more growth for the local economy.