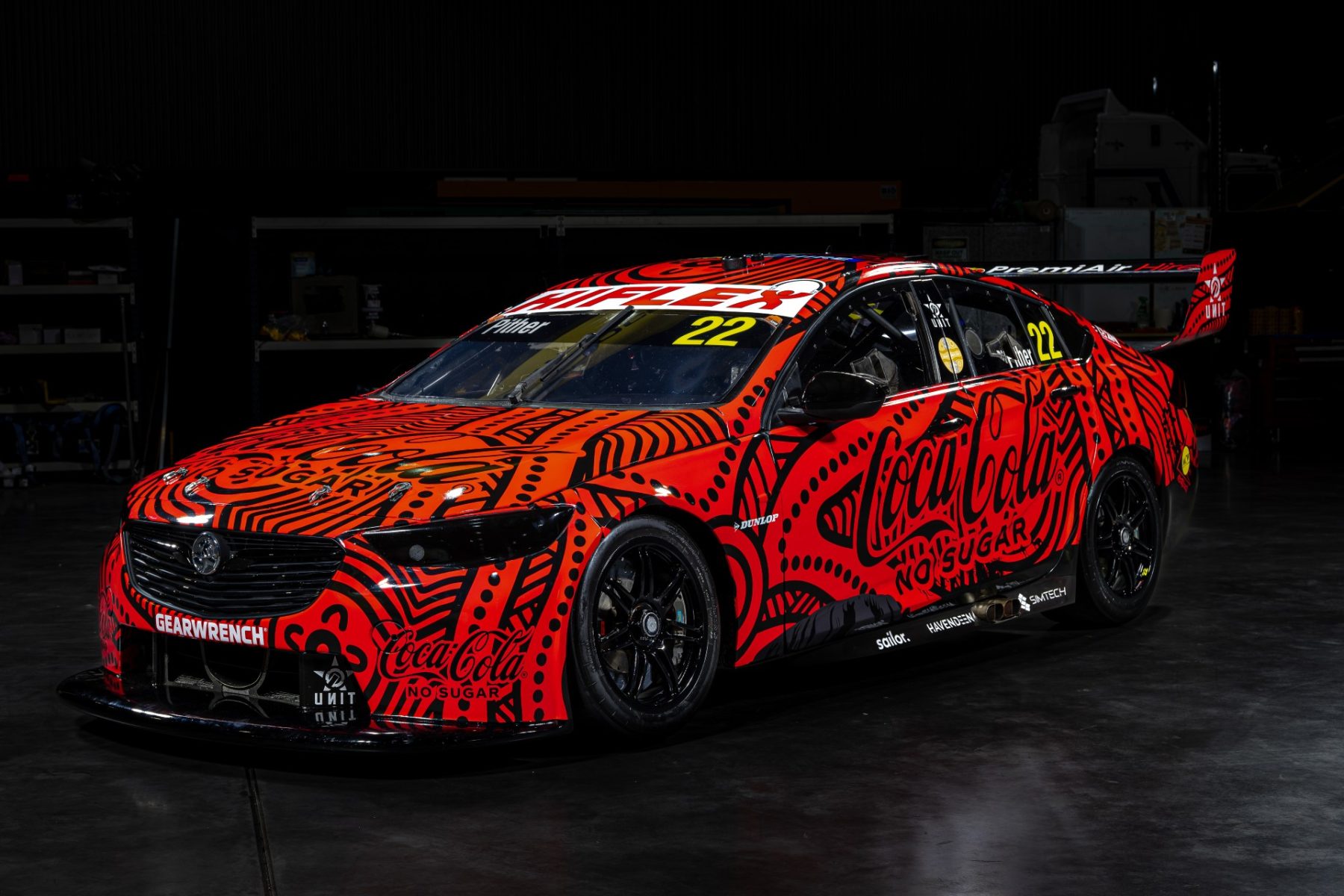 PremiAir Racing has taken the covers off its first Indigenous livery for the forthcoming Darwin round.

The #22 PremiAir Coca-Cola No Sugar Commodore will carry artwork centred on unity.

The one-off livery was unveiled at the Landmark at Gateway on Tuesday afternoon, with Pither and Austin-Rioli in attendance. 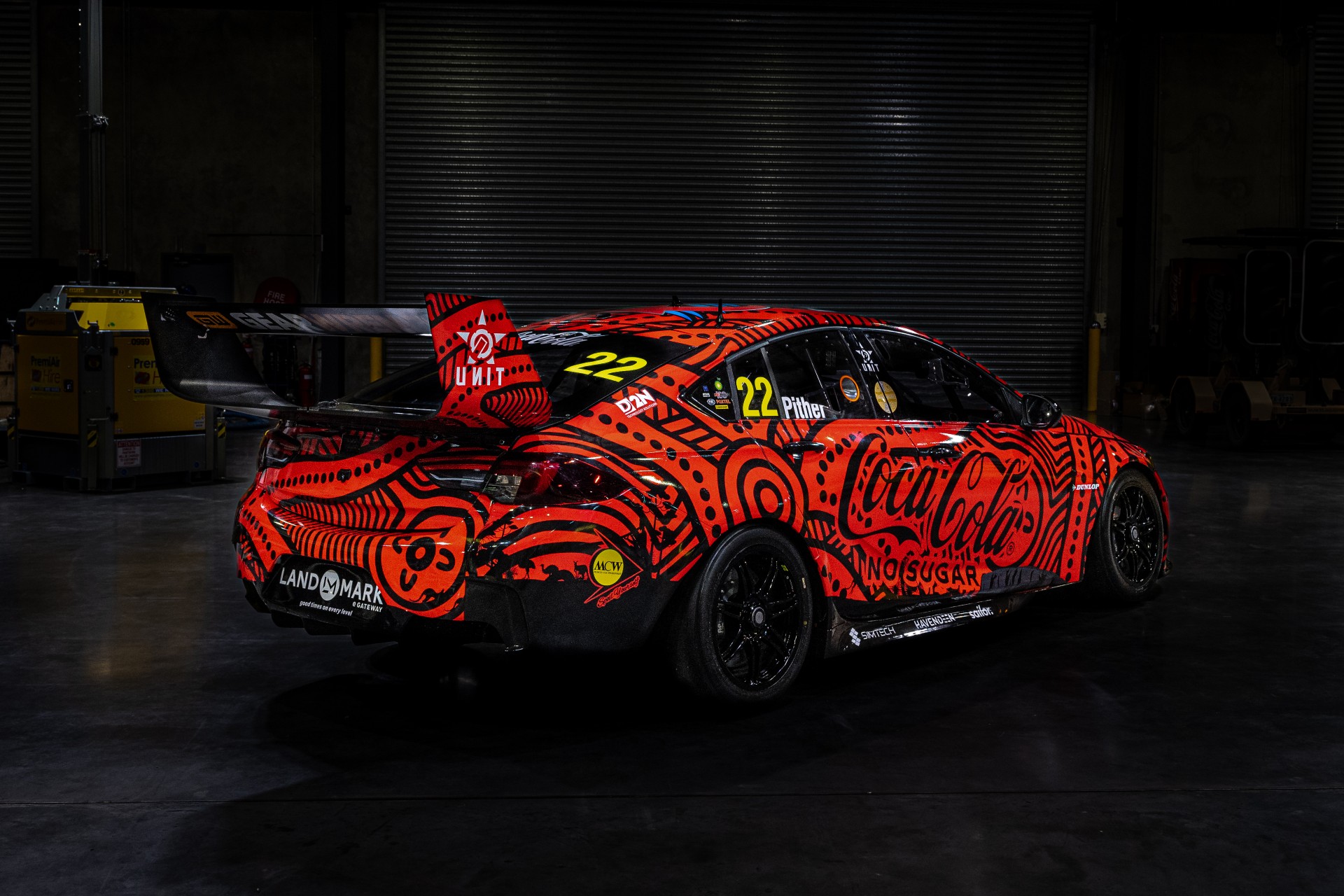 "With this artwork, I wanted to represent the unity of our people,” she explained.

“The artwork shows the connections that Aboriginal people have with each other all over Australia.

"There are connections with family, cultural ways and through the land and songlines.

"This piece also shows the strength of those connections with all of our people."

Pither was excited to carry the artwork at Hidden Valley. 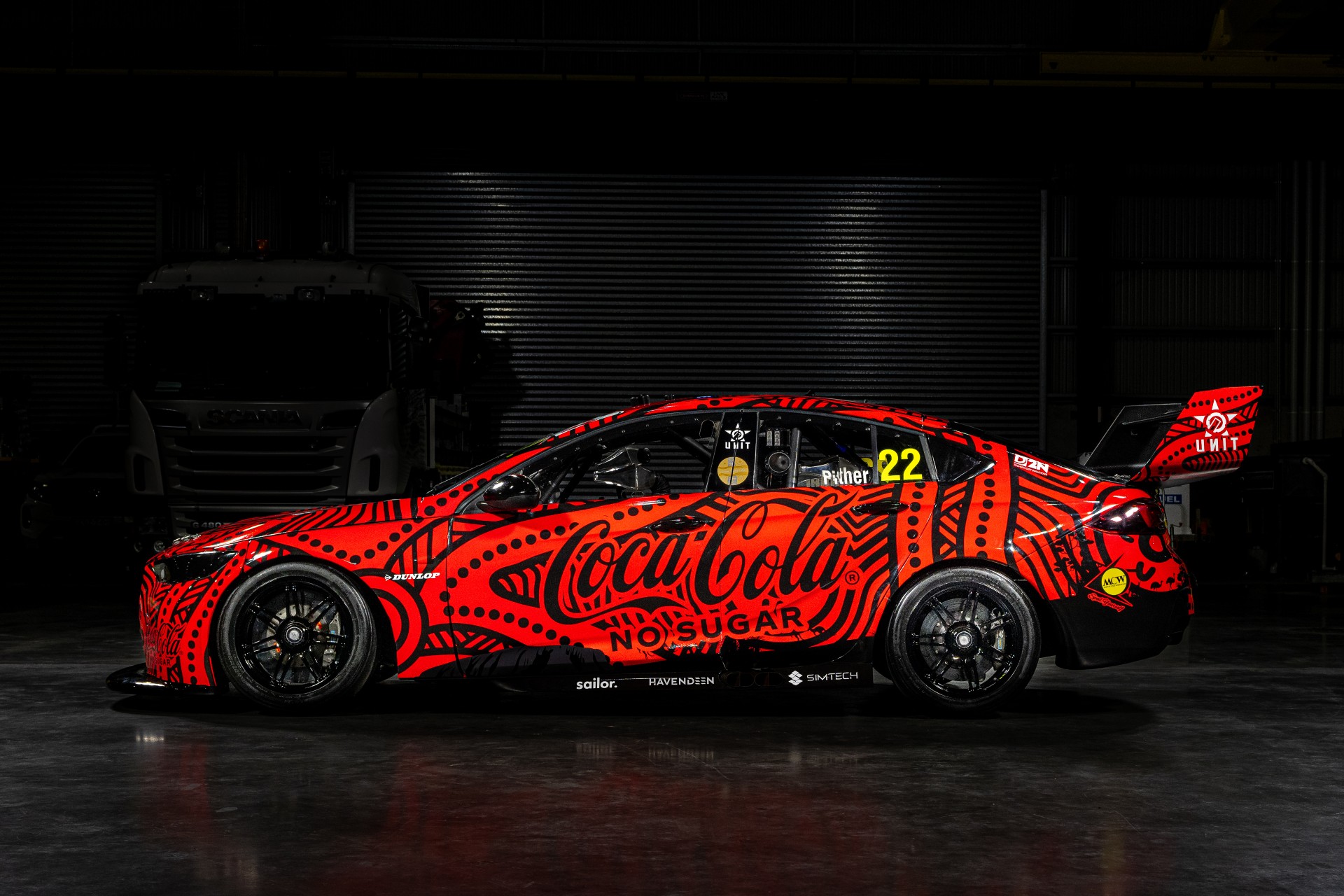 "I’m excited to be here in Darwin to unveil our livery for Indigenous Round, alongside artist Kiewa Austin-Rioli at the Landmark Hotel,” he said.

"It's great to be working with our partner Coca-Cola Europacific Partners to use the power of the Coke brand to shine a light on an incredibly talented young artist this Indigenous Round.

"The Top End is a great place, I’m happy to be back and to officially celebrate First Nations people is special.”

The team will unveil Garry Jacobson’s livery in the coming days.

Pither and Jacobson are 22nd and 23rd respectively heading to the three-race Darwin event.