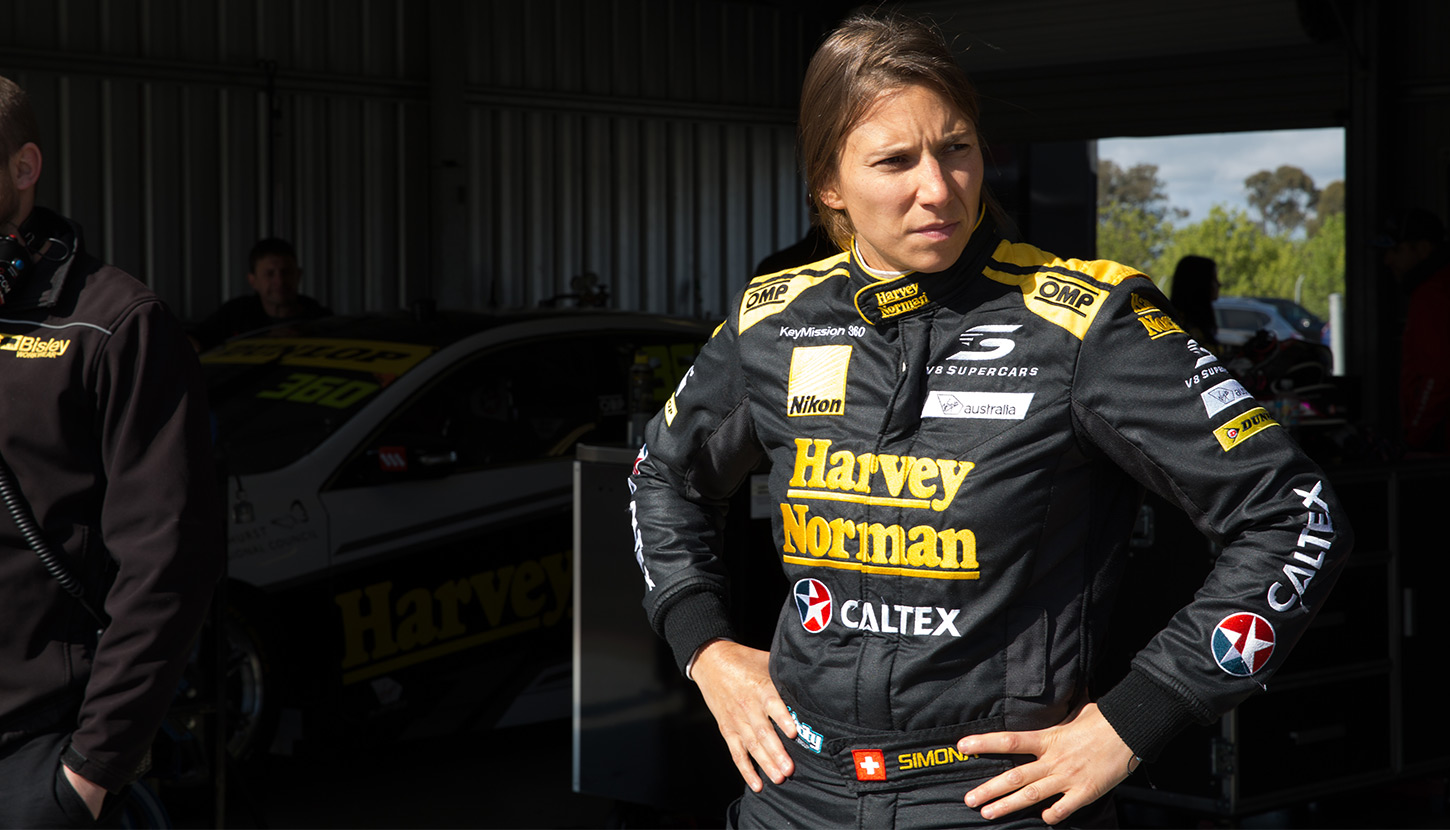 Paired with Shane van Gisbergen, Premat won the Pirtek Enduro Cup at the Gold Coast event, with three second places and a win across the endurance season.

He hopes his success in the series improves its profile where he is from – and believes De Silvestro’s commitment to race will do the same.

Many international drivers have struggled in the unique Supercars despite success in Europe, and Premat revealed he spoke to De Silvestro at Bathurst to tell her to push on and not lose sight of the goal.

The Swiss driver contested Bathurst as a wild card entry with Renee Gracie earlier this month, notching up a 14th place finish at the calendar’s toughest track.

“It’s going to be crazy – she did pretty good the last two years at Bathurst and she was running pretty well,” Premat told supercars.com

“I talked with her at Bathurst and told her never give up in V8 Supercars, because it will be pretty tough here, especially next year, for her.

“Then I’d say the second year and third year will be much easier, (but in 2017) she has to learn everything – the team, the drivers, the racing, the tracks, the city where you’re going around and the media – everything is new for her.

“I’m sure she will succeed well, everything she’s done in the past, she has good knowledge of motor racing.

“Right now she is rated the best woman driver, so I think that will be a good add for V8 Supercars.”

Premat was grabbed from Europe by renowned talent-spotter Garry Rogers, who took a risk giving the Frenchman a steer for the 2012 season alongside Michael Caruso.

It was a baptism of fire, with Premat showing speed but getting caught in multiple accidents and earning a reputation as being accident prone. He finished 27th in the Championship that year.

He has put that all behind him, silencing his critics with his enduro performance and in hindsight, implied the GRM Holden was hard to drive in relation to the current Triple Eight Commodore he co-drove at Triple Eight.

“When I arrived in 2012 with Garry, the championship was huge for me, especially as I was starting at the bottom of the category," Premat said.

He is the first European driver to win the Pirtek Enduro Cup, and with Kiwi van Gisbergen, they become the only all-international victors that acknowledges the best endurance campaign in the field.

“It’s the first time ever with Shane and me … for sure you would get media; I think it’d be pretty crazy in Europe from that. So for all the networks in motorsport I think that’s great.”