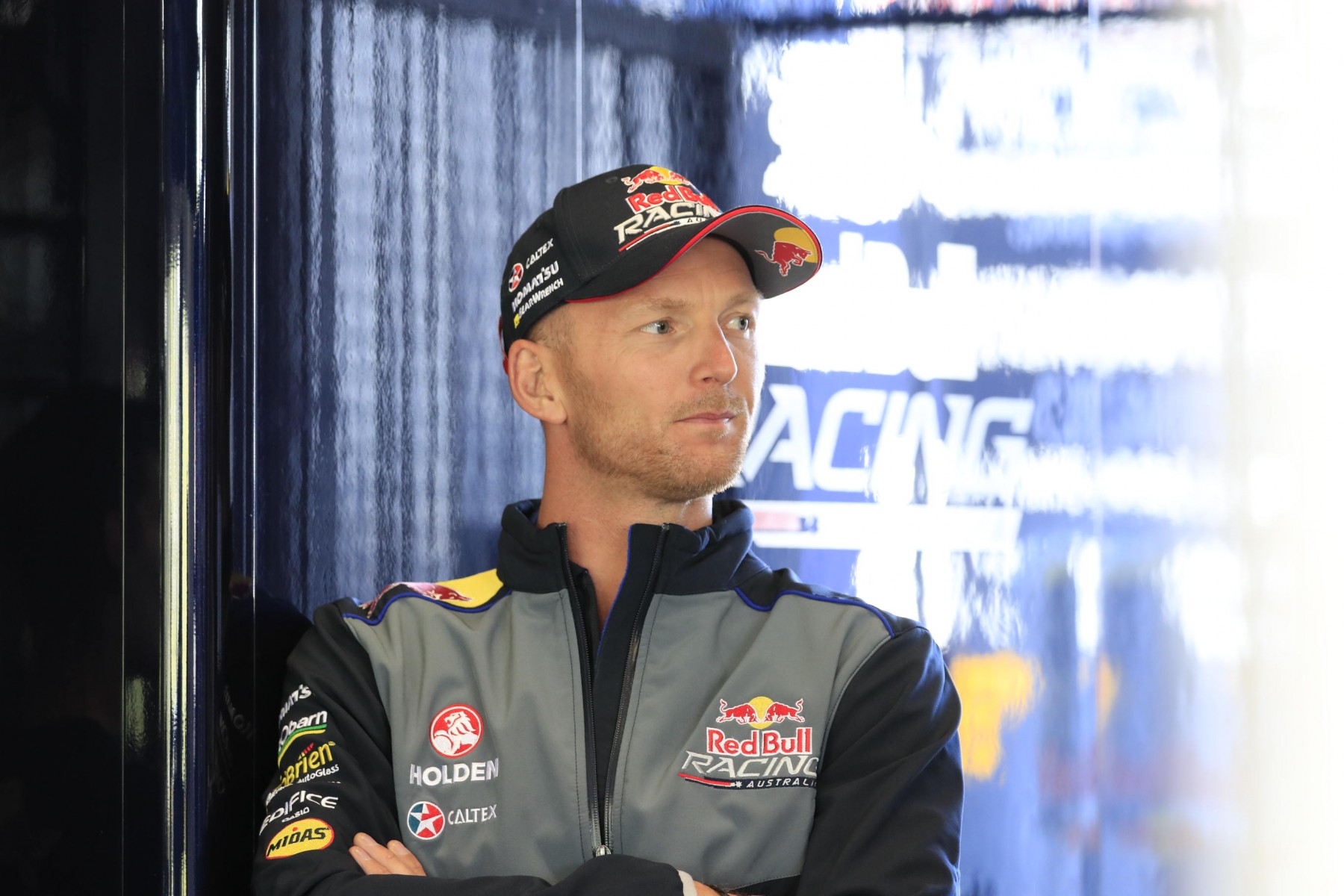 And the Frenchman is amused by comments he mightn’t be up to the job as co-driver for one of the title contenders come the three Pirtek Enduro Cup events.

After spending two years full-time in the Championship with Garry Rogers Motorsport, Premat drove with Scott McLaughlin in the enduros in his Volvo S60 and proved a quick asset. But he is not racing full-time – currently a Las Vegas driving instructor – which has led some to doubt his competitiveness this season with bona fide title contender van Gisbergen.

Premat was pleased to steer the Triple Eight Commodore and felt comfortable quickly at SMSP.

“It’s very different to the Volvo, everything – the engine, the transmission, the car is completely different but comfortable.

“Everything is smoother, the brakes, the steering – you can feel every bump here in the car, which is pretty amazing.

“With the ride, I’m bringing one guy along next to me, but even with that it’s feeling pretty good.

“It’s nice to be back in the car. On the weekend I was there, Saturday and Sunday with the guy,s and it was pretty nice to see how they operate, cooperate, how they drive the car, the comments from the drivers, how they tune the car.

“It was pretty cool, so for sure, I’m looking forward to the racing.”

Premat will steer more laps at a corporate day today and a full test day next week ahead of the Wilson Security Sandown 500. He believes he has more than enough seat time scheduled to get up to speed.

While there is a height difference between he and Van Gisbergen, Premat is comfortable with the team’s solution and believes they are a good fit.

“That’s pretty smooth, right now I have some small padding in the back and in the bottom,” he said.

“I had to improvise my seat position with him but won’t have any issue … everything is looking good.

“The steering is pretty nice, the brakes, the pedal box, the fan for the helmet is good too.”

Premat revealed he spoke with Van Gisbergen at least every fortnight to discuss the car to try and help him understand its traits and how to tune it for speed.

Van Gisbergen sits second in the championship and Premat knows he has a big responsibility to keep him in the title fight. He predicted that if Triple Eight didn’t win the Championship, it would be Prodrive, counting his old team out of the running now McLaughlin is 360 points away from leader Whincup.

“What he [Shane] does is pretty amazing, he’s top of the game with Jamie and Lowndesy – I see the three cars there on the top and they’re willing to fight for the championship.

“I know Mostert and Winterbottom are there, but I think it’s going to be between those five cars to win the championship.”

Six of the top 10 drivers have new pairings this year, with Jamie Whincup and Paul Dumbrell, and Craig Lowndes and Steven Richards, two of the consistent partnerships in 2016.