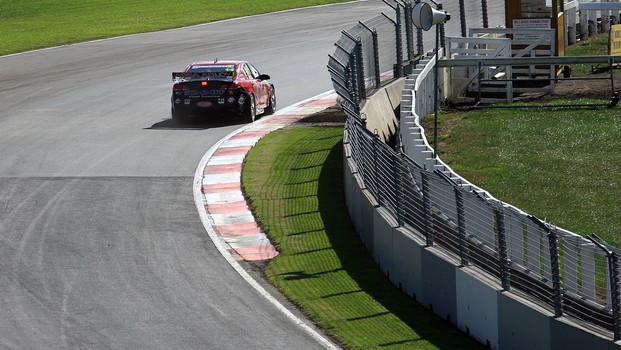 In-form Lockwood Racing's Fabian Coulthard has nailed the fastest time in Practice One this morning.

The Kiwi driver – who admitted it would be special to take home the Jason Richards Memorial Trophy, awarded this weekend at the ITM 400 Auckland – dialled in a 1:03.694, 0.258 secs ahead of Pepsi Max Crew FPR driver Mark Winterbottom.

The session was the first time the cars were on the newly upgraded circuit at Pukekohe Park Raceway – the reason the first session was an all-in and not for the bottom half and rookie drivers.

The half-hour session will be followed by three more practice sessions, the next at 12.05pm local time.

Fabian Coulthard  ›
15' Team BOC and Freightliner Racing ›
2013 ITM 400 Auckland  ›
Stay In The Know
Sign up to the Virgin Australia Supercars Championship Newsletter
We use cookies to ensure that we give you the best experience on our website. If you continue to use this site we will assume that you are happy with it.Ok