Prodrive Racing Australia will be known as Tickford Racing from the 2018 Virgin Australia Supercars Championship season.

The move has been made to more closely align the race team with its sister company, road car performance business Tickford, which was launched in October 2016.

The race team’s Prodrive moniker harks back to 2003, when David Richards’ UK giant of the same name took over the Glenn Seton Racing Supercars squad.

Initially competing under the Ford Performance Racing banner, the Prodrive Racing Australia name was moved to the forefront when Ford withdrew its factory support in 2015.

The Prodrive Racing Australia tag was chosen despite Richards selling out of the team at the end of 2012 to Australian businessmen Rod Nash and Rusty French.

The Supercars team has used the name under license, paying Richards’ company for rights to the name and associated branding, but retaining no engineering link to the UK firm.

Nash and French currently own 39 percent of the Supercars team each, with Sven Burchartz holding the balance.

Ownership of the Tickford road car business is, however, shared only between Nash and Burchartz, with French playing no role.

Tickford branding disappeared from Ford’s race and road car programs after that time, before being reborn by Nash and Burchartz last year.

“We’ve been considering the possibility of changing the team’s name for some time and I am pleased to announce that we’ll take on the Tickford Racing name for 2018 and beyond,” Nash said.

“The change creates a strong overall link between our rapidly growing performance road car business and our racing division. The new logo provides a very obvious brand identity for Tickford both on the race track and on the road.

“We were conscious of how another name change might be perceived by our fans and members given all the success we’ve had under the PRA banner with championships in the main game and Super2 plus Bathurst success.”

As Prodrive Racing Australia, the team won Bathurst in 2013 and ’14 with Mark Winterbottom/Steven Richards and Chaz Mostert/Paul Morris, the Supercars championship in ’15 with Winterbottom and the ’16 Dunlop Super2 Series title with Garry Jacobson.

The name change is accompanied by new branding for the squad that will field Winterbottom, Mostert, Cameron Waters and rookie Richie Stanaway in 2018. 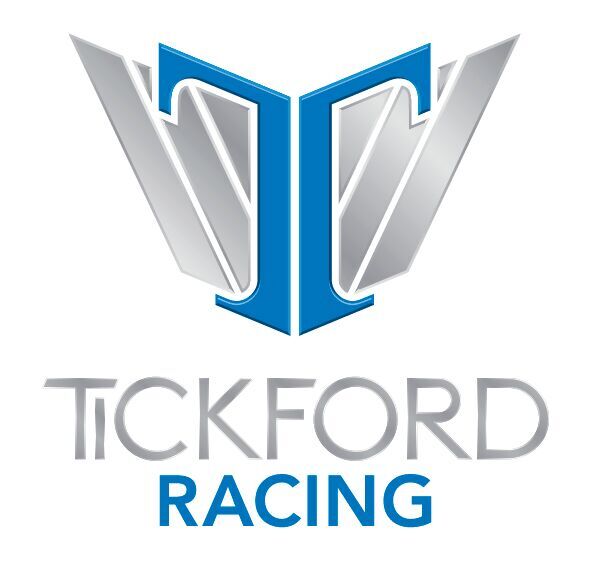 “We made sure we kept blue in our logo as we know the fans love it,” Nash added.

“They want to see blue in our logo and on the grid and it nicely provides a constant link to our past and what we represent.

“Tickford Racing adopts the modern interpretation of the Tickford logo like our automotive business has and we retain the same drivers and personnel that have made us so successful.

“I’d like to think it’s a win for everyone.”

In addition to performance packs for Ford’s Mustang, Ranger and Everest, Tickford launched a run of 77 Mustang GTs to mark the 40th anniversary of the Ford Dealer Team’s one-two finish at Bathurst in 1977 with Allan Moffat and Colin Bond.

The CEO of Tickford and the Supercars outfit, Tim Edwards believes the new naming symmetry will strengthen public ties between the two entities.

“Under our current structure with PRA and Tickford it can be a little confusing as to how the two entities are linked and their relevance to each other,” Edwards said.

“With the switch to Tickford Racing that evaporates and creates new opportunities.

“We can potentially create Tickford Racing special edition vehicles, and more easily use our expertise across both businesses and represent all our interests more efficiently.

“The Bathurst ’77 Special was our first attempt at bringing our racing expertise into our automotive business and by having the same name and look-and-feel we can make this a more special and holistic experience in future.”

The team’s rebirth as Tickford Racing means both of Supercars' former factory Ford and Holden outfits will have new identities in 2018.

Walkinshaw Racing, which was the Holden Racing Team until the end of 2016, will become Walkinshaw Andretti United on January 1 as part of its new partnerships.