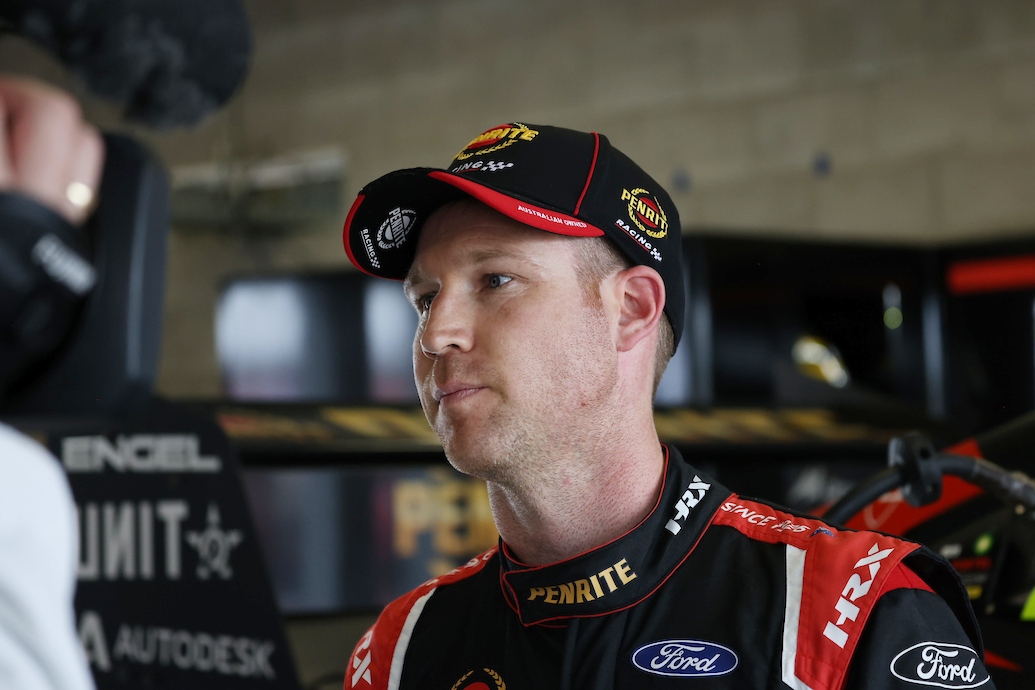 Soul-searching and car analysis after Darwin have aided a smart return to the top of the time sheets for David Reynolds.

Reynolds was a class above in Practice 1 in Townsville, with the #26 Penrite Racing Mustang over 0.2s ahead of its closest rival.

While only the opening practice session of the weekend, it was an early sign Reynolds has turned a corner after a string of miserable results.

Since he recorded a memorable podium at Sandown, Reynolds has recorded two top 10 finishes in nine starts.

The seven-time race winner arrived in Townsville 15th in the standings, a far cry from being seventh leaving Sandown.

“Obviously that was a decent lap, I ran a fresh set of tyres,” he said after Practice 1.

“We changed a couple of things in our car between Darwin and here.

“We sped up the steering to try and give me more feel, changed some front end parts and it’s obviously working.

“Car’s really good, just got to keep it there.”

Reynolds and teammate Andre Heimgartner were nowhere at Hidden Valley, with the latter’s 15th in Race 12 the best result across both cars on the weekend.

Heimgartner, who won Race 9 in Tailem Bend, dropped from seventh to 12th in the standings. 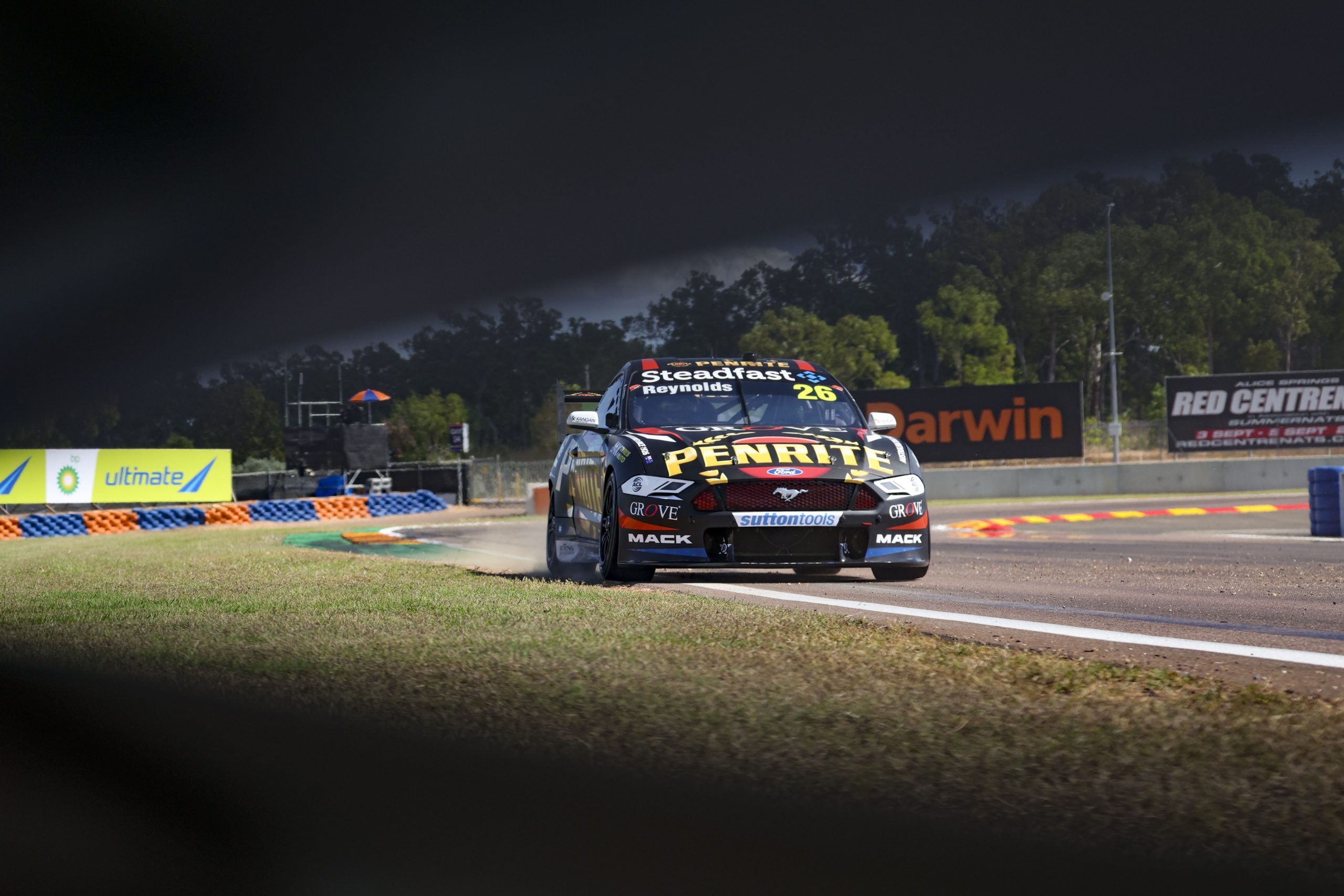 Reynolds was nowhere in Darwin

For Reynolds, who claimed his first career pole in Townsville in 2012, Friday’s upturn in pace was a result of having more confidence in his car.

“At Darwin, on that Super Soft tyre, our front end probably wasn’t aggressive enough,” he said.

“We’re trying to make it a bit more aggressive in the front to make it more responsive so I can feel the grip circle a bit easier and drive it a bit harder.

“You definitely need it at places like this, you need the confidence in the car, otherwise you’re going to be miles off the pace.

“We’ve got that in my car at the minute.” 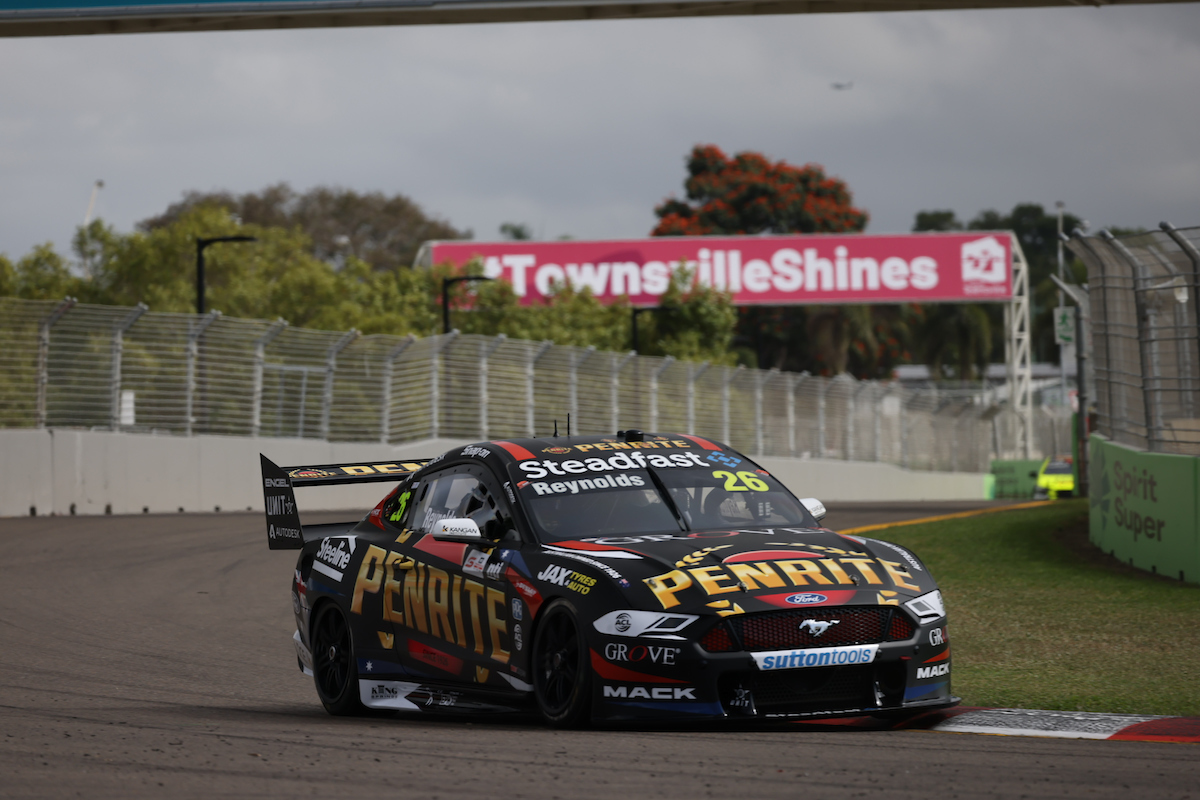 Reynolds on track on Friday

A two-time Townsville podium finisher, Reynolds was wary that the gaps will tighten as drivers and teams hone in on tyre life ahead of the duel 250km marathon races.

“We need to keep it fast but also think about the race, because we haven’t had a super long race yet,” he said.

“250km is a long way around this place, 88 laps, it’s going to be super hard to keep the rear tyre under it.

“That’s at the back of our minds; we’re thinking about one-lap pace, but also about 88 laps.”

How to watch the NTI Townsville 500