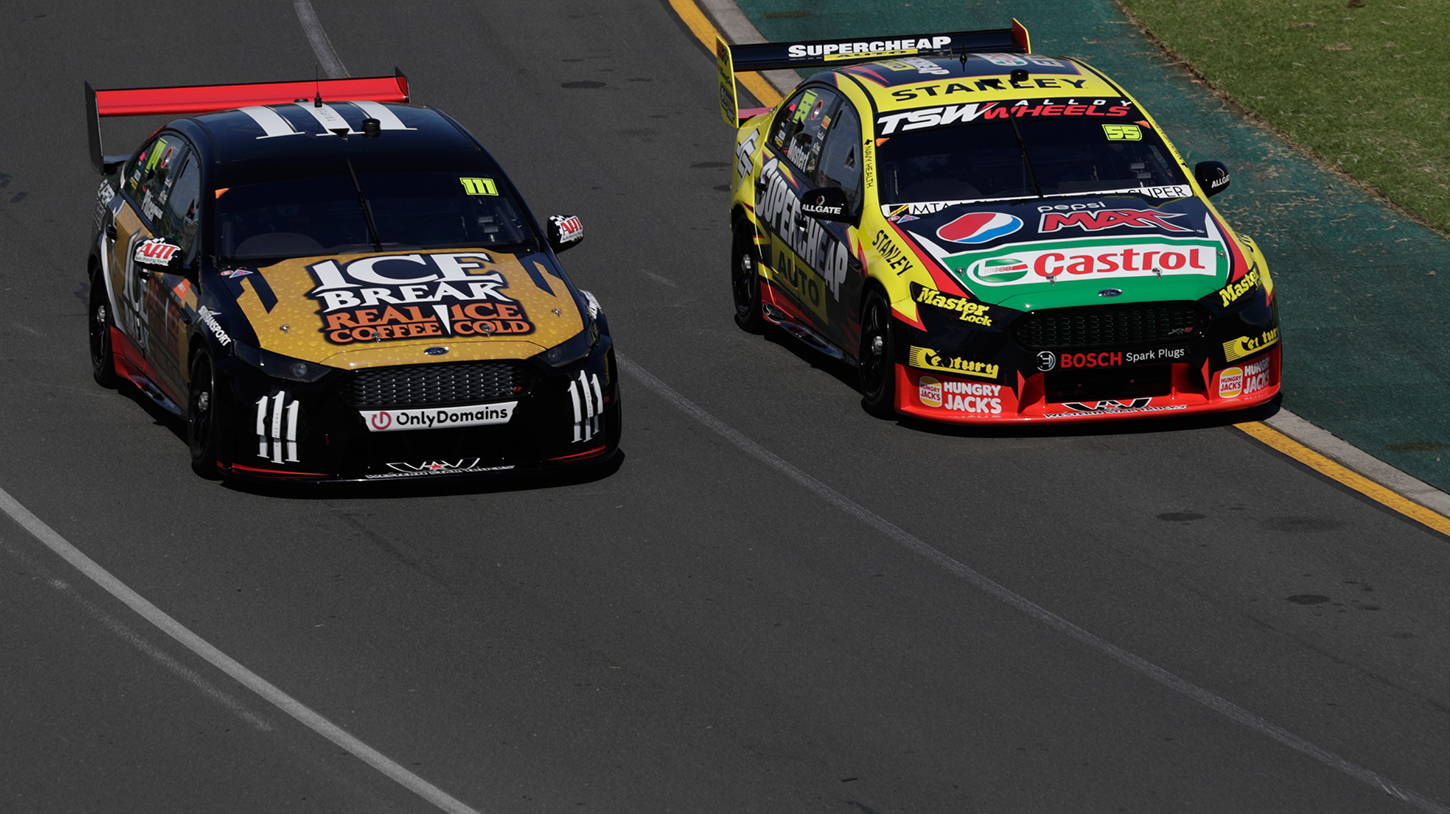 Despite an event-ending shunt at the Clipsal 500 Adelaide, Chris Pither believes there were more positives than negatives from the season opener and looks to close the gap to his Prodrive teammates this weekend at Albert Park.

The Super Black racer was upbeat about his return to a V8 Supercar after being forced to watch Sunday’s chaotic race from the garage in Adelaide.

In race two, Pither hit the wall at turn eight and catapulted across the track to the inside barrier, which did most of the damage that meant not starting Sunday’s race.

He revealed his chassis is almost fixed, though the team has had to switch him into one of the car of the future shells running in the Dunlop Series this year for the weekend.

“I think the positives really outweighed the negatives for the round,” Pither told v8supercars.com.

“Leading up to race two, there were lots of good things I could take for the weekend and I was feeling pretty positive, to be honest.

He was happy making up four spots in race one and while race two was disappointing, Pither said the team had been supportive.

“At the end of the day it’s never a good thing to damage a car like that. I know how hard the guys back at the workshop work and how many hours they put in to prepare the cars for each event so to create more work is never a good thing.

“Damaging cars is the last thing I want to do but they were all pretty supportive and at the end of the day we’re all trying to do the same thing and get the cars up the grid as far as we can.”

Pither was a surprise entry at the Formula 1 Rolex Australian Grand Prix last year, stepping in for David Wall, while the Volvo driver nursed a burned foot sustained at the 2015 Clipsal 500.

He is pleased to return to a track he has recent experience at but only notched up the 25th quickest time in the first practice session.

Was he instructed to keep it off the walls this weekend? A team never wants damage, but Pither says if you’re not on the limit, you’re not trying hard enough.

“You can always try as hard as you possibly can to do that, you don’t want to damage the car but you’ve got to get out there and have a go as well.

“Someone said to me at Clipsal there’s no point driving around there at 99 per cent – you’ll be last. So you’ve got to drive at 101 and occasionally you might damage a car, but occasionally it’ll pay off.”