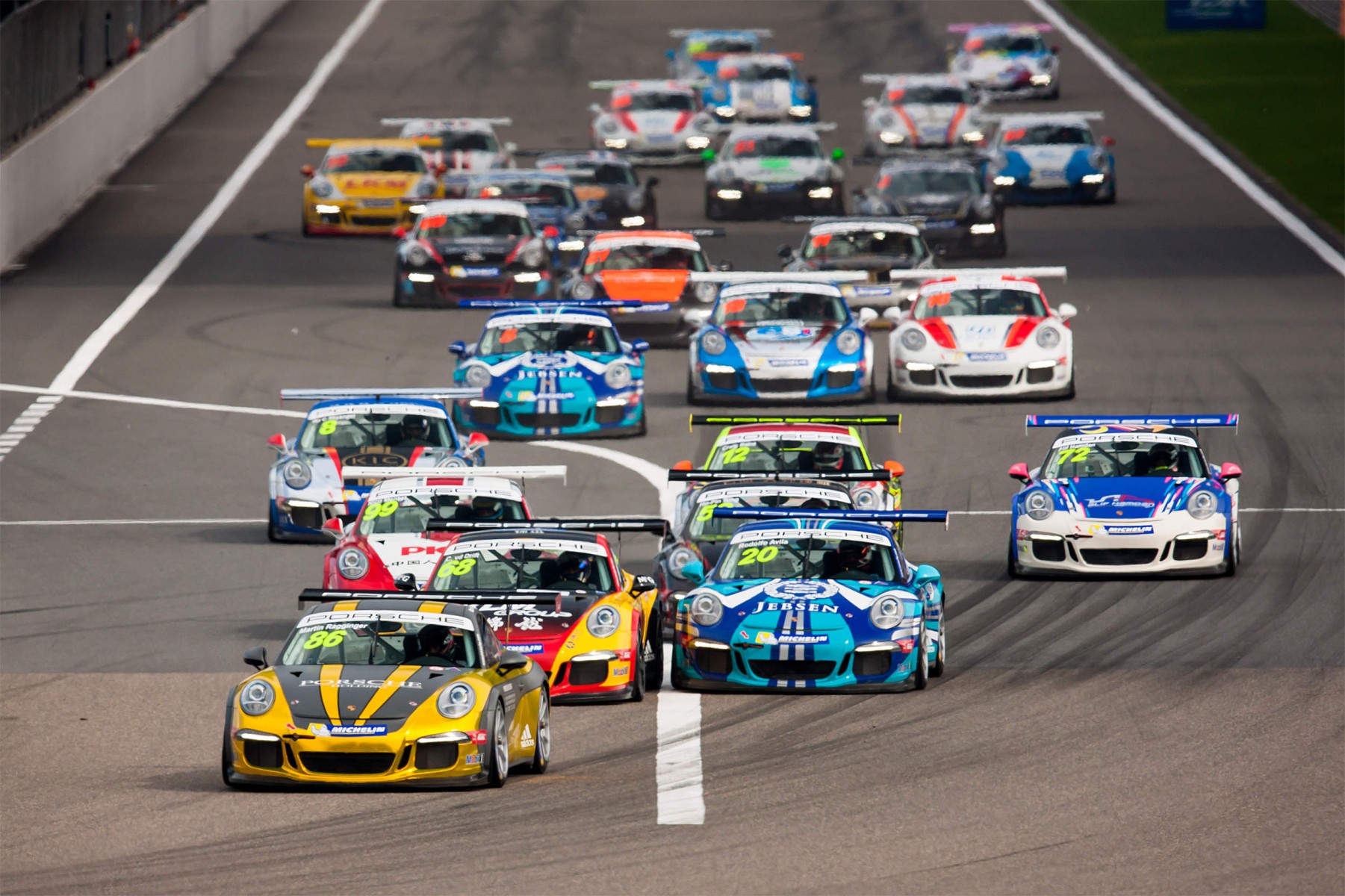 The Sydney Motorsport Park weekend is jam-packed with support categories, with international drivers hitting the circuit for the first time today in Porsche Asia.

It’s a different field, but the same cars – Porsche 911 GT3 Cup cars – which means the international category not only earns points racing this weekend, but will run combined races with the Australian Carrera Cup on Sunday set for a field of 44 cars.

It is the first time the Asian category has descended on Australian shores, with some of the drivers never having visited the country before.

The field is led by twenty-five year old Frenchman and 2015 Porsche Carrera Cup France champion Maxime Jousse, who heads the standings by just two points over 19-year old German Nico Menzel with Andrew Tang, 21 and from Singapore, third and 16 points off the pace.

In fact, the category is made up of nine nationalities – including Australian gentleman racer Paul Tressider, in his second season – and visits six countries, supporting the Formula One and World Endurance Championship.

Porsche China motorsport manager Alex Gibot was proud to have the cars in Sydney, where they will have two 16 laps races, as well as practice and qualifying, before two combined races – one for the pros, another for the amateurs.

“We have been talking with Australia for one year to make this project happen and now we are very happy to be on-site,” he told supercars.com.

“We are all looking forward to the weekend, especially with this imitation race on Sunday.

“The idea is to … give a new experience to the driver, to give the possibility to compete with new challengers and also, from an Asian perspective, it’s good to race in a country where the motorsport is quite mature.

“To have the privilege to work in the V8 Supercars environment is very appreciated.”

Undulating Sydney Motorsport Park is a very different circuit to what the drivers are used to, and while some have done the usual homework – like viewing on-board vision and using simulators – some even flew down over winter to test drive the track.

“They’re all quite happy with the track, it’s quite different to what we have usually in Asia. It’s up and down, some banking also, so it’s quite interesting because we are used to racing on new generation formula one tracks – Shanghai, or Sepang, so it’s very different here,” Gibot said.

“They like the atmosphere already in the paddock because you can really feel the motorsport.”

Combining the categories, he says, shows the strength of the Carrera Cup concept.

“We have 20 series … so we have different steps, but you can race anywhere in the world with the same car, the same concept, same regulation, same tyres, so it’s a very strong concept, a concept which is worldwide.”