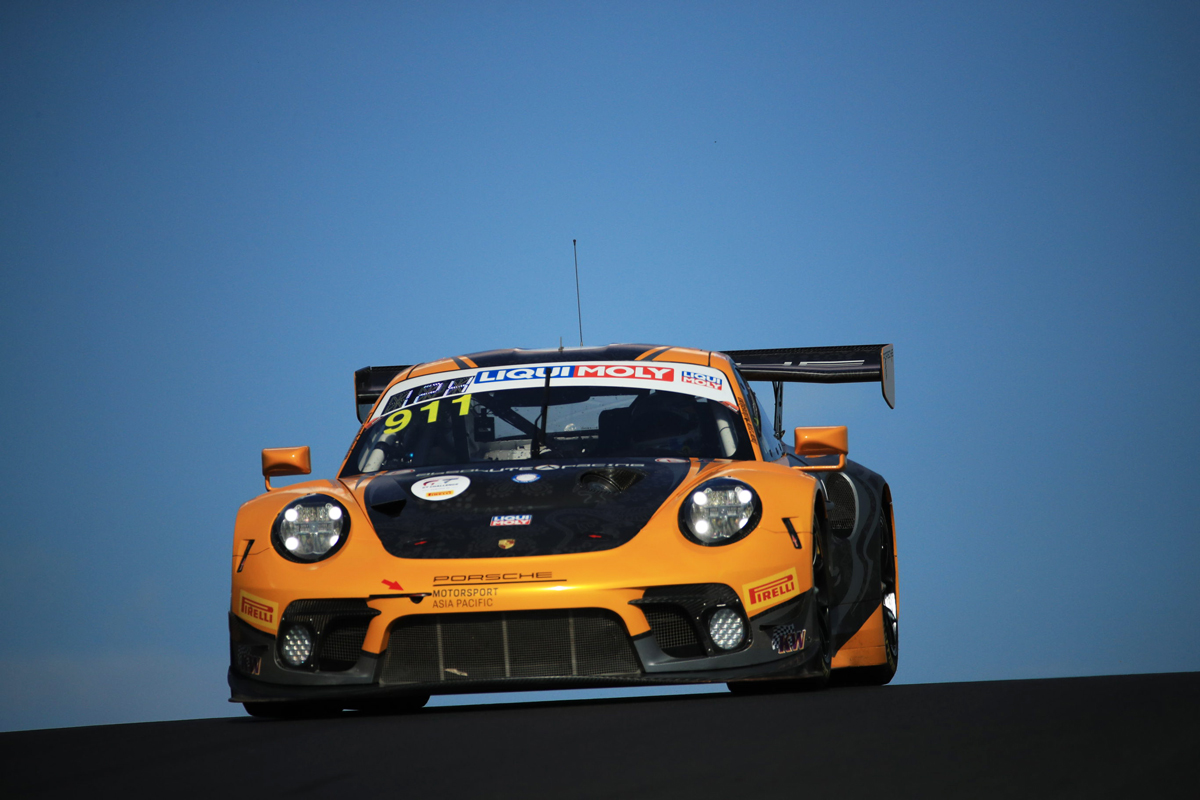 A 45-minute Q1 set the grid for the GT4 and Invitational cars, before a second session for the GT3 entries to fight over Top 10 Shootout spots.

The GT3 cars were however also permitted to take part in Q1 and, while only a preparation session for Q2, there was no shortage of carnage.

First to be caught out was Belgian Frederic Vervisch, who speared the Practice 5 pace-setting #2 Valvoline Audi into the tyre barrier at McPhillamy Park.

Worse was to follow at the same part of the circuit shortly after the session resumed, with Sam Shahin (#777 Triple Eight Mercedes) and Tyler Everingham (#92 MARC II) suffering heavy hits.

A touch from Cameron McConville’s Lamborghini sent Shahin into the concrete, before a blindsided Everingham clipped Shahin and then the walls on both sides before coming to rest in The Esses.

There were a further two big incidents in Q2, starting with a rollover for Marvin Kirchhoefer (#62 R-Motorsport Aston Martin) at Sulman Park again bringing out the red flags.

An extended period of green running followed before a final stoppage with just a minute on the clock, this time thanks to a Dean Canto spin at the troublesome McPhillamy.

Canto spun the #29 Trofeo Lamborghini, careering backwards through the gravel before hitting the tyre barrier, which launched it up onto the top of the wall.

Minutes prior to the final incident, reigning race winner Campbell had put the #911 Porsche atop the order with a 2:03.4336s effort.

Q1 pacesetter Raffaele Marciello was fourth in the #999 GruppeM Mercedes, while the #1 Porsche, #222 Audi, #18 Nissan, #76 Aston Martin and #63 Lamborghini filled fifth through ninth.

Shane van Gisbergen took the final Shootout spot aboard the Pro Class Triple Eight Mercedes, having joined Marciello in waiting until the final 15 minutes to run in Q2.

A depleted field is now set to take part in Sunday’s race, with the #777 Mercedes, #92 MARC II and #62 Aston Martin all heavily damaged in qualifying.

The #35 Nissan was the first withdrawal on Friday, while Tim Slade’s #27 Ferrari was crashed out of the weekend by co-driver Daniel Serra in Saturday morning practice.

30/01/2020
Stay In The Know
Sign up to the Virgin Australia Supercars Championship Newsletter
This website uses cookies to improve your user experience. By continuing, you will be providing your consent to our use of cookies.Ok