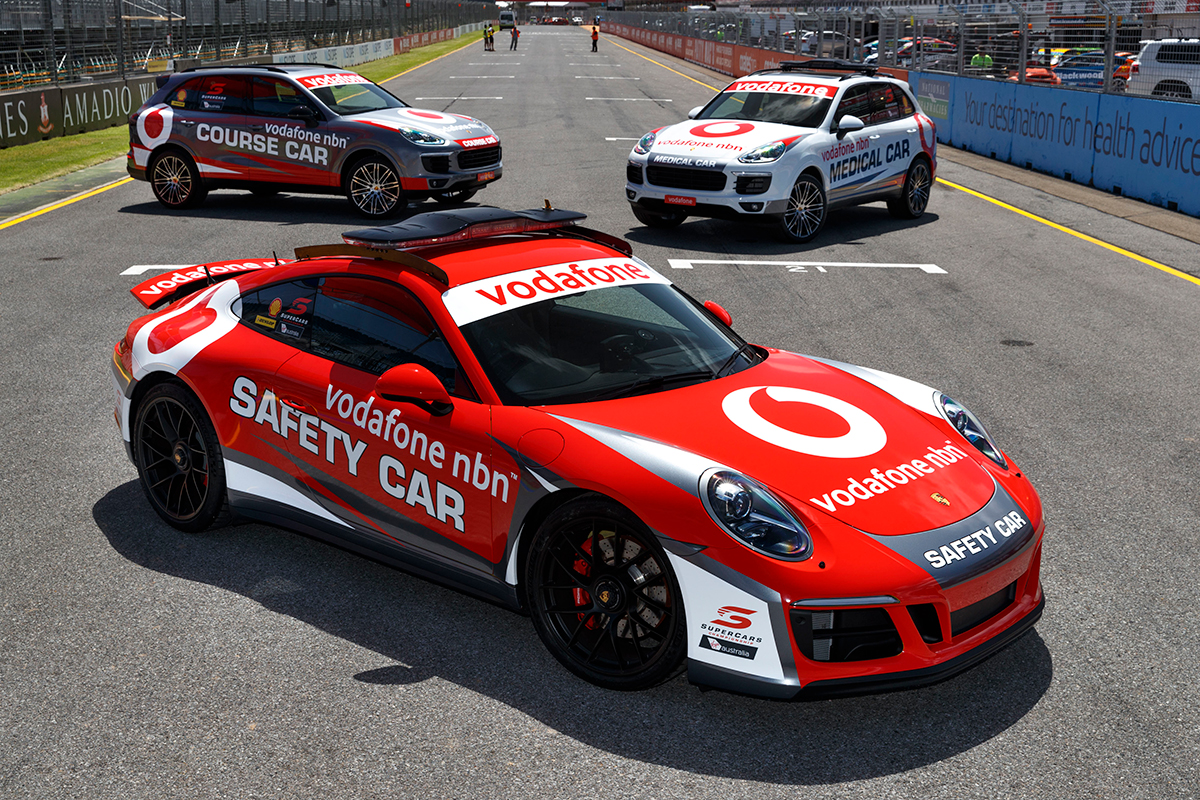 The Virgin Australia Supercars Championship will continue its partnership with Porsche Cars Australia, with the 911 and Cayenne SUVs to be used for a second consecutive year as the Official Safety, Medical and Course Cars.

Director of Marketing and Motorsport at Porsche Cars Australia, Toni Andreevski said the company is excited to continue its more than decade-long partnership with Supercars.

“We are proud to be able to lead the way for the Virgin Australia Supercars Championship with the supply of the series’ Safety Car, Medical Car and Course Car for another year,” said Andreevski.

“We are entering our 14th season of the Porsche Wilson Security Carrera Cup Australia championship, which continues as one of the primary support categories of Supercars, while we have previously supplied the Medical Car with various Cayenne and Panamera models.

“All Porsches are at home on the racetrack and this partnership reaffirms the strength of the relationship between Porsche and the Supercars Championship.

“We look forward to seeing these three models hit the track at the Adelaide 500 this weekend and well into what we expect to be another thrilling season.” 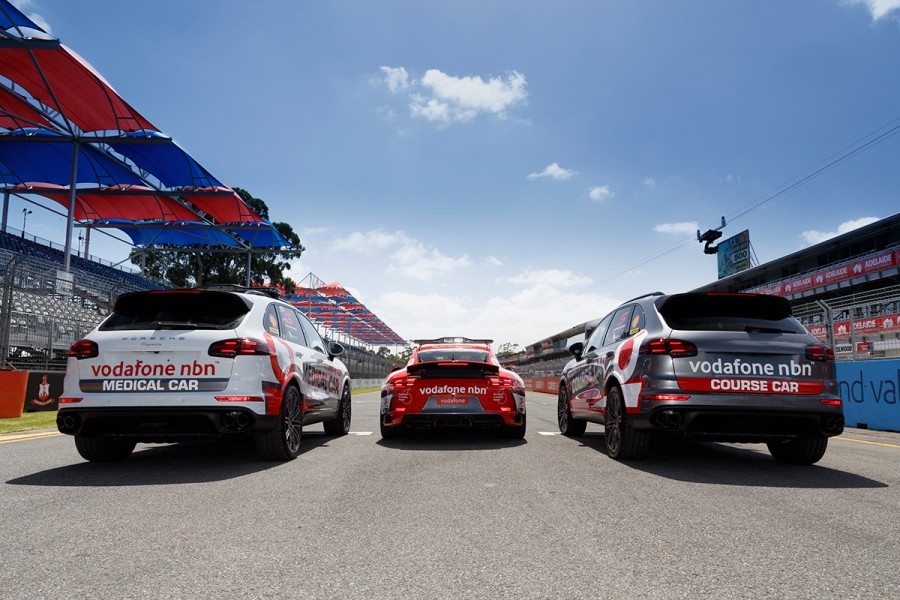 Supercars Acting Chief Executive Officer, Shane Howard said Porsche was one of the world's great brands and a favourite to motorsport fans around the globe.

"We are proud and excited that Porsche has chosen to partner with Supercars again for 2018 to showcase their high-performance range which includes the iconic 911 and the Cayenne Models," Howard said.

"We are absolutely delighted these vehicles will be an integral part of our championship again this year."

Vodafone Consumer Business Unit Director, Ben McIntosh said he is thrilled to renew the sponsorship for another three years and looking forward to a new look for the cars to match a new Vodafone product offering.

“It’s an exciting time for us following the launch of our own fixed broadband service through Vodafone nbn,” said McIntosh.

“We’re thrilled to have our Vodafone nbn branding featured on the new Porsche Vodafone Safety, Medical and Course Car and can’t wait for the Supercars season ahead.”

The new Porsche Vodafone Safety, Medical and Course Car will be seen on track from today as the Virgin Australia Supercars Championship begins with the opening day of the Adelaide 500.

01/03/2018
Stay In The Know
Sign up to the Virgin Australia Supercars Championship Newsletter
We use cookies to ensure that we give you the best experience on our website. If you continue to use this site we will assume that you are happy with it.Ok