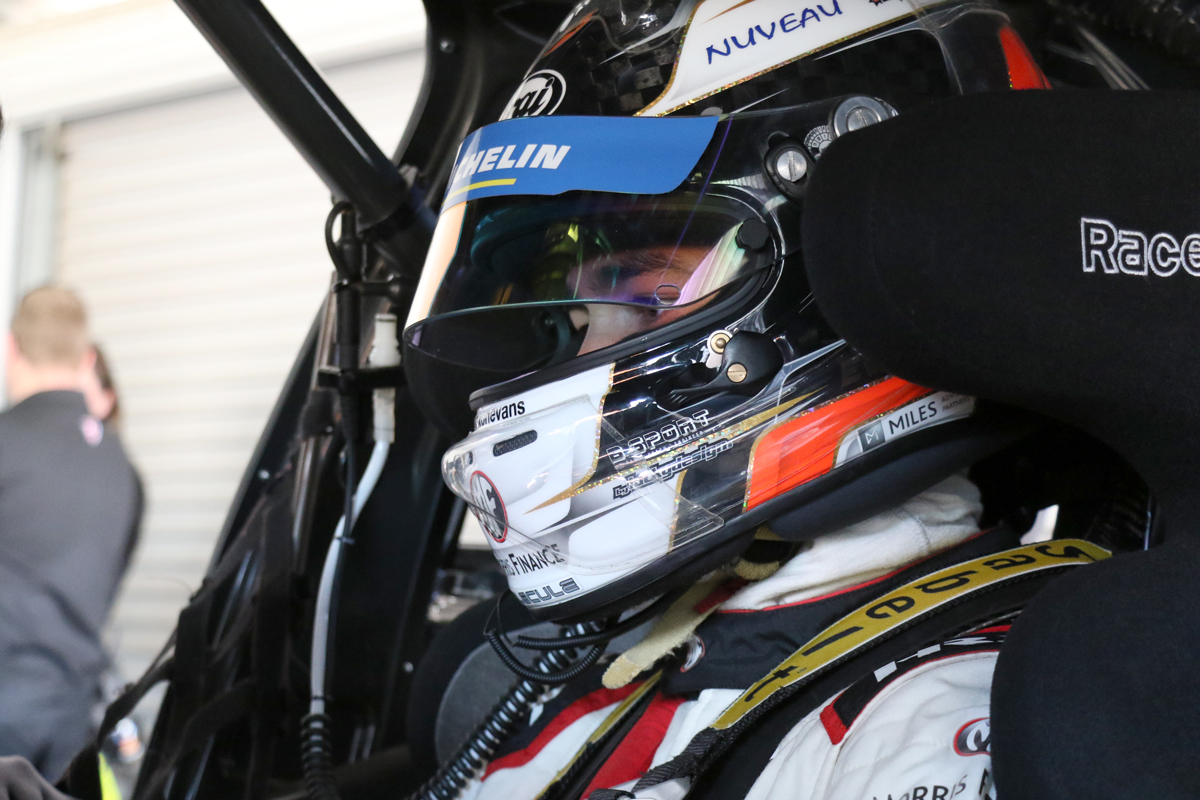 The day was funded by team partner Morris Finance, which was the primary backer of Evans’ successful 2018 Carrera Cup campaign.

The 22-year-old’s racing experience to date has largely been in Porsches and GT3 cars, leaving plenty to learn on his first time in a Supercar.

“A lot of fun,” he said of the experience.

“Very different to drive compared to what I’m used to in the Cup Car, but I slowly came to grips with it and enjoyed it a lot.

“Hopefully I’ll be able to get my bum back in a seat and do more.”

Asked of the biggest differences between the Porsche and the Supercar, he added: “In terms of sitting in the car and everything, it feels like I’m sitting in a lot bigger car.

“It’s a lot of power under your right foot and the braking and everything is obviously very different.

“Having a gearstick there and having to heel-and-toe was something unique for me, something I haven’t done before, but a lot of fun.

“I enjoyed adapting to that and coming to grips with it.” 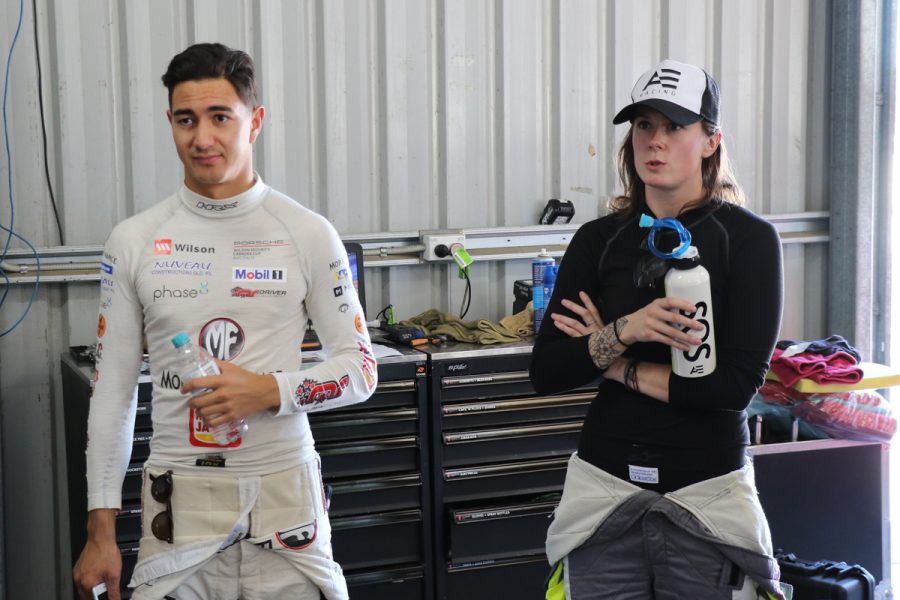 Evans and Eaton at Tuesday's test

Evans will today head to Germany for the Porsche Night of Champions function, as he prepares for a full-time move in 2019.

His career path is following that of fellow McElrea Racing Carrera Cup graduate Matt Campbell, who is now in the World Endurance Championship with Porsche.

Campbell combined his Porsche duties with PIRTEK Enduro Cup campaigns in 2016 and ’17, driving for Nissan Motorsport and Triple Eight respectively.

The Queenslander is expected to be unavailable for the enduros next year due to a WEC calendar clash, while Porsche is yet to release its 2019 Supercup calendar.