The Virgin Australia Supercars Championship celebrates 50 years of history by turning the first of the endurance races into ‘retro round’.

Teams have gotten into the spirit with 13 cars sporting old-school liveries and some donning retro team uniforms for this weekend’s Wilson Security Sandown 500.

Off-track, fans will enjoy a classic car display featuring many of the racing cars of bygone eras and there will be a special retro ‘Fashions on the Field’ on Sunday with prizes for those best dressed.

Teams have taken inspiration from various eras in Australian Touring Car racing – which look is your favourite? 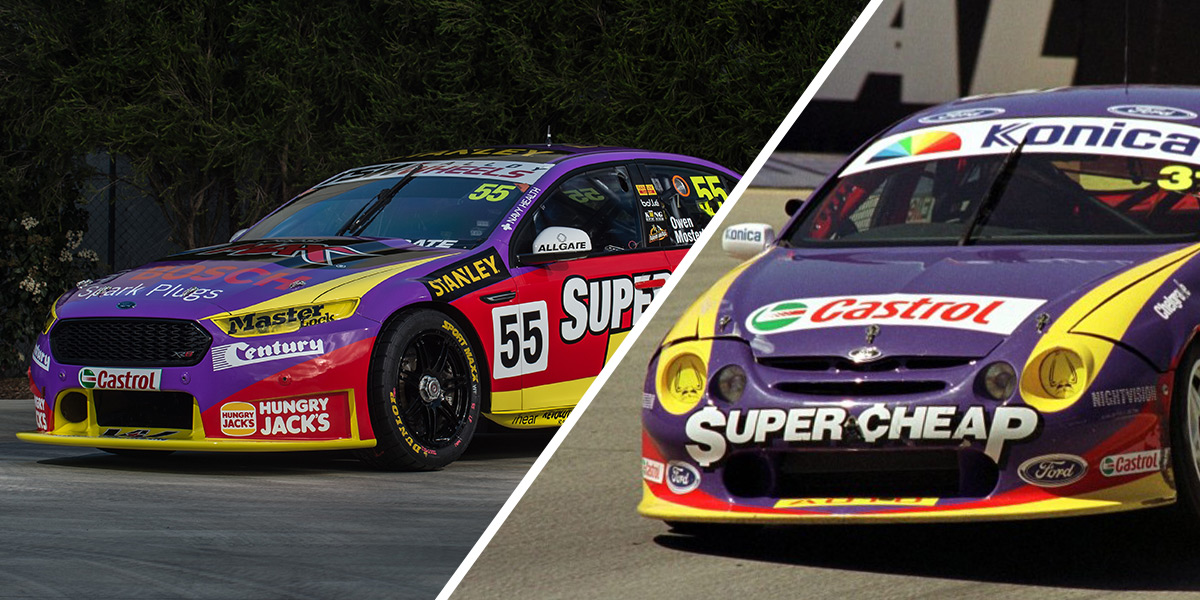 Flashing back to 2002, Mostert reinvents the livery driven by Steve Ellery, bringing back the bright purple bonnet.

"When you think about it, 2002 really doesn't seem like that long ago but the cars and the liveries already look so different to what they did back then," said team boss Tim Edwards. 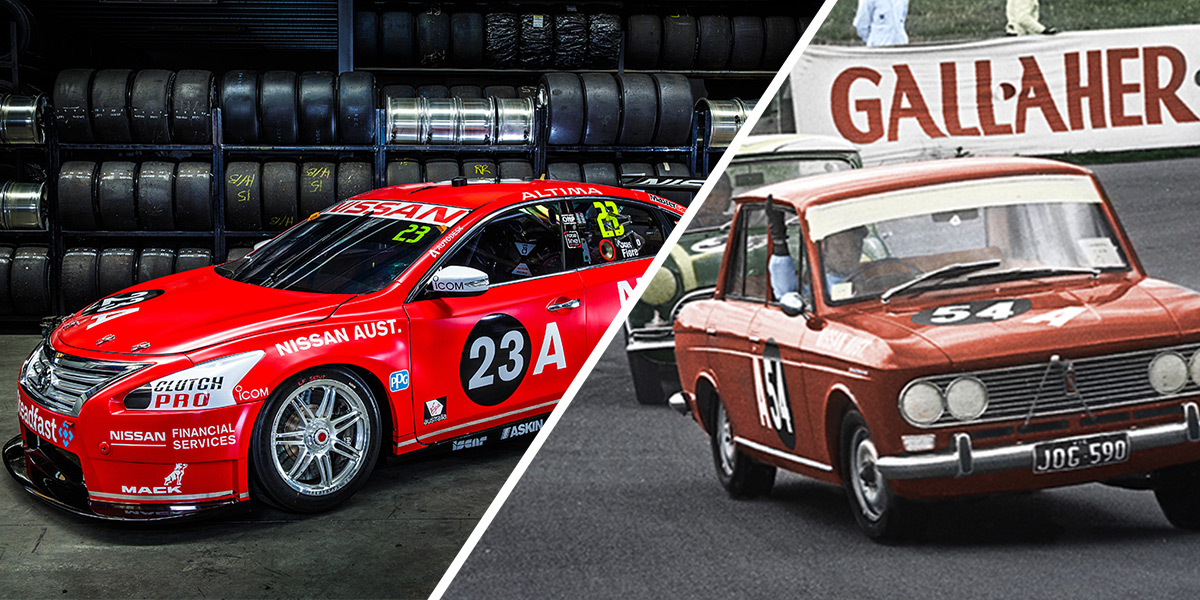 Nissan celebrates its history by recognising the Datsun days, and taking a 1966 look and reinterpreting it for Caruso’s Altima.

Their participation in retro round boosts the news the manufacturer will remain in the sport for at least two more years – Caruso’s car was utilised at the announcement when the grid photo was shot. 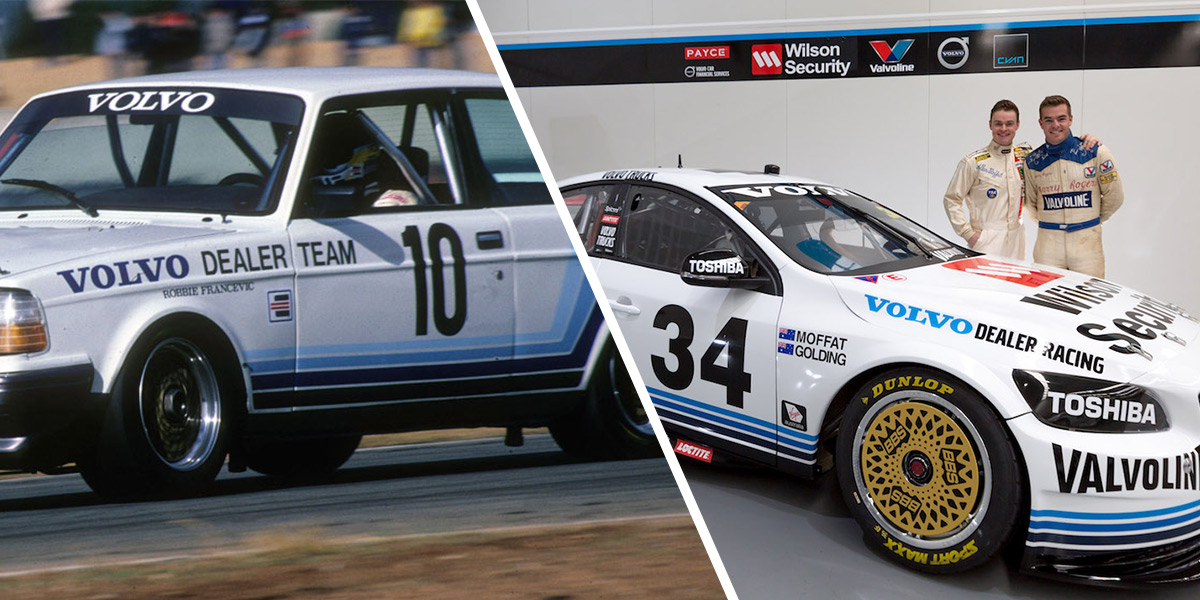 Both Volvos run the paint scheme used on the championship winning Volvo 240T of Robbie Francevic back in 1986.

Team boss Garry Rogers is a flamboyant figure in pit lane and was thrilled to have an opportunity to show off the brand’s Touring Car history 30 years on. 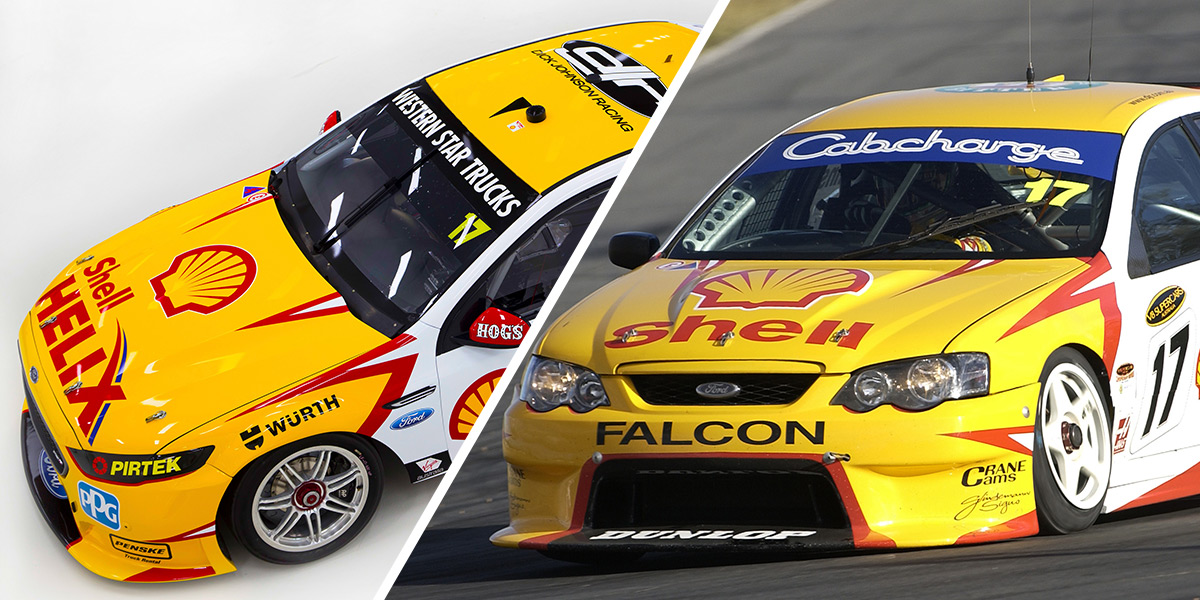 Paying tribute to Dick Johnson Racing’s history, the 2003 Shell livery is one DJR Team Penske believes is a fan favourite.

Regularly running retro liveries for Bathurst, the team brought it forward one round this year to celebrate Sandown. 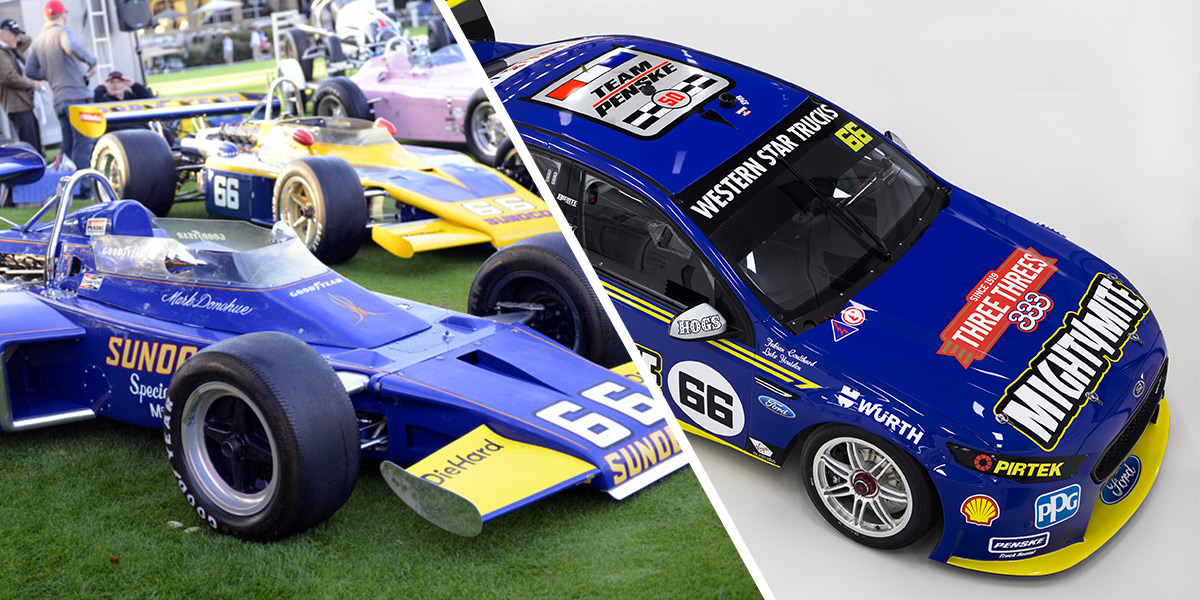 The Falcon usually runs #12 as a reference to the Penske side of the team, and this weekend models its livery off the 1972 Indy winner with a number switch to #66.

Mark Donohue took the team’s first ever victory in the famed race. 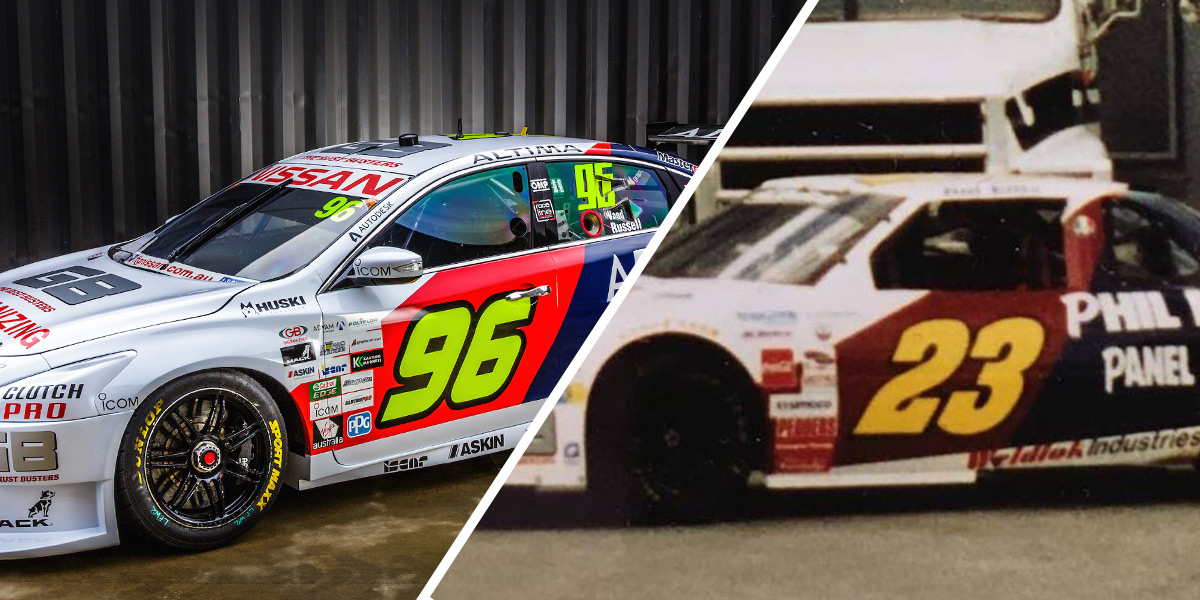 Flashing back to a NASCAR/AUSCAR that raced around the high speed Thunderdome, the look captures the essence of GB Galvanizing’s first race car.

"It’s going to be a step back in time,” Wood said. “Out on the track you get so familiar with the cars and who’s who, so we’re going to need to adjust our way of thinking.” 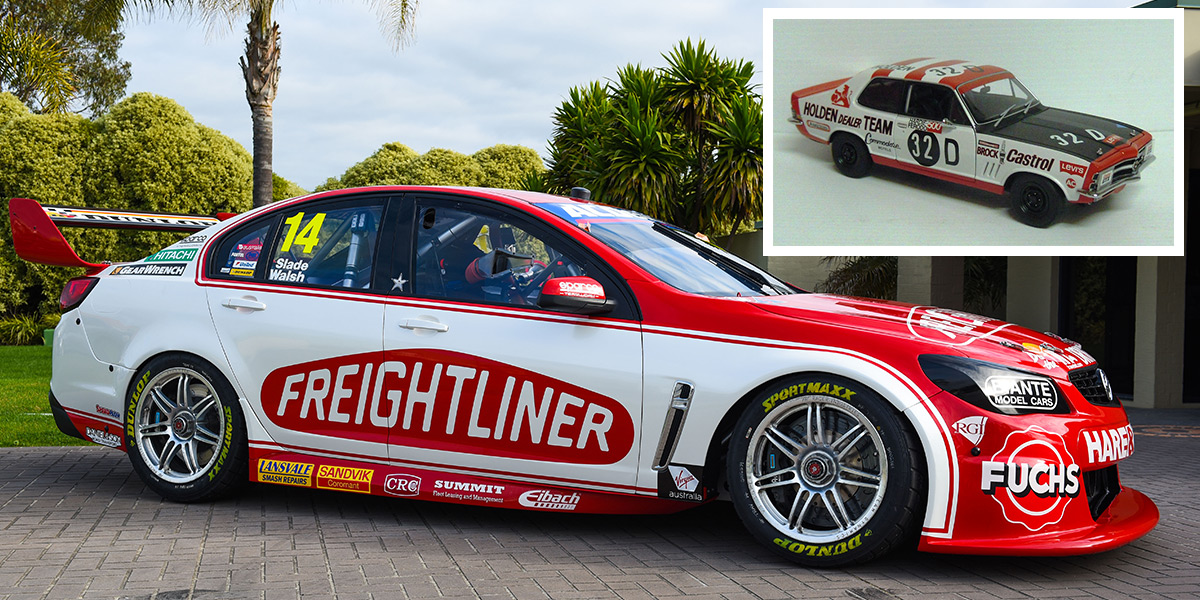 Brad Jones Racing's liver has been reinterpreted from 60s designs and has modernises Freightliner vintage ‘boomerang’ logo to create that retro feel.

“Freightliner have played a big part in our retro livery design, I know a lot of photos were going back and forth to get ideas and inspiration and everyone is really pleased with the result,” Slade said. 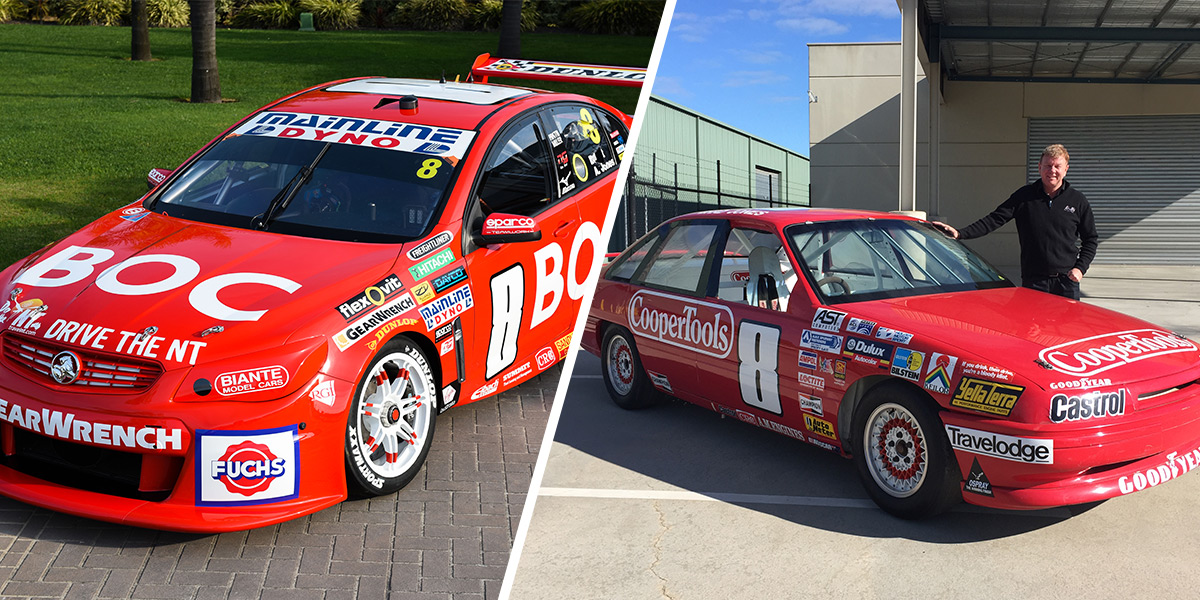 2016 marks 25 years since Brad Jones won the 1991 AUSCAR Championship in the #8 VN Commodore in these colours. 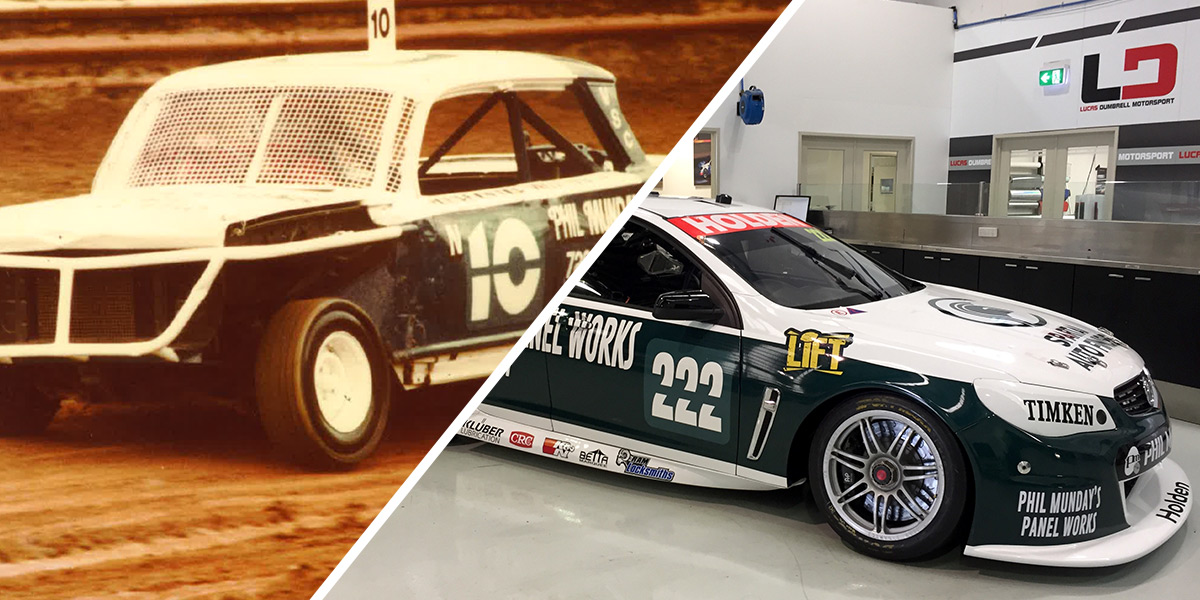 This look recognises lone-time LDM supporter Phil Munday, who supported a sprint car back in the ‘70s.

It incorporates a design from Munday’s company logo from the very first panel shop he opened up in 1977 in Bayswater, Victoria. 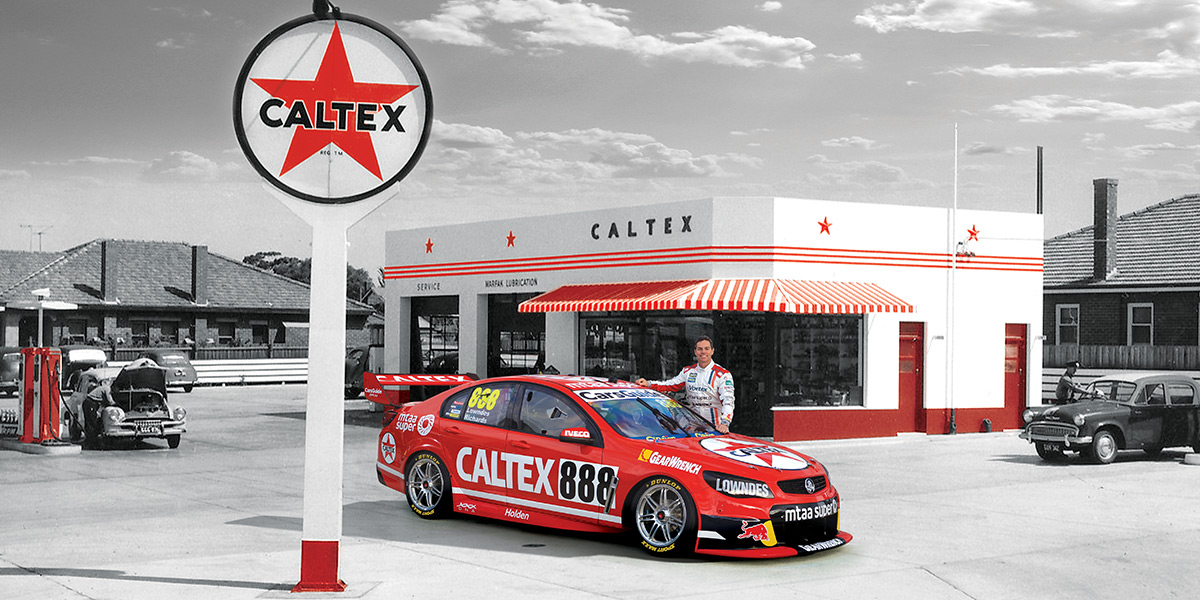 The #888 Holden Commodore’s Sandown look isn’t modelled off a past livery, but an old Caltex logo.

In the garage, the crew is wearing old style uniforms, with tweed jackets, and shirts and ties swapped in this weekend. 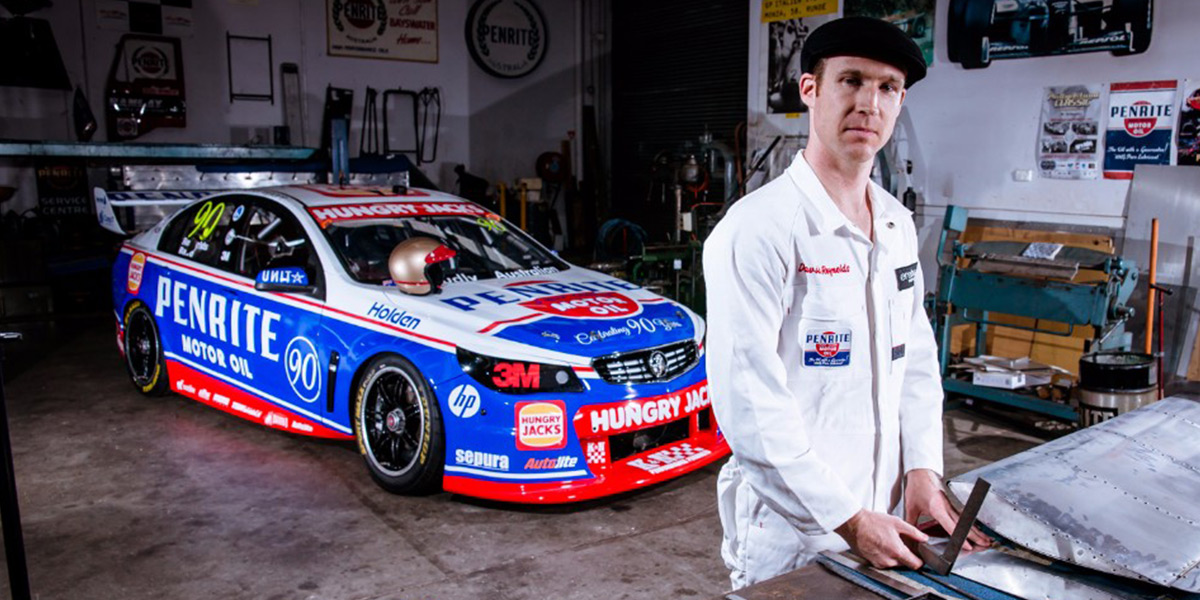 Reflecting Penrite’s early designs, Erebus Motorsport has got in the spirit with a new number complementing the blue, red and white livery.

The drivers are hopeful of a good showing this weekend after a positive test at Winton earlier this week. 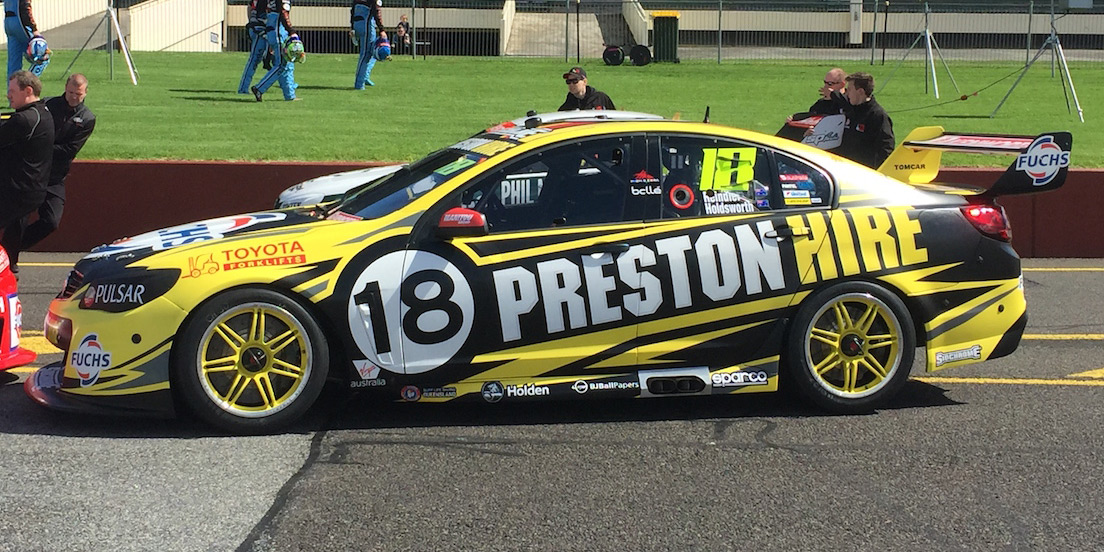 Preston Hire Racing is a brand new team this year and couldn’t resist getting in on the fun, giving its regular livery a retro number for the race.

The team welcomes Holdsworth back from injury this round, after he missed three events due to injuries sustained in a Darwin crash.

Vote for your favourite livery below.