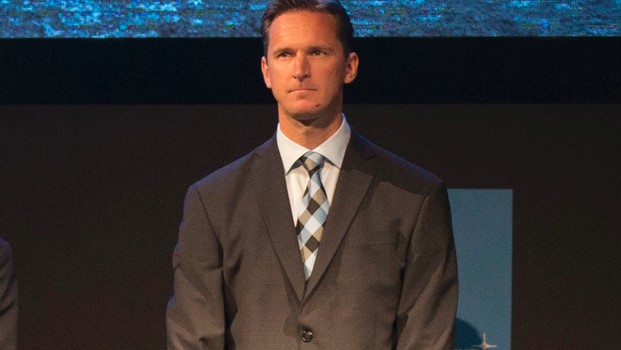 The V8 engine that will power Volvo's attack on the V8Supercars Championship is under development in Sweden now and should be in arace car and testing by December.

Based on the Yamaha-developed B8444S 4.4-litre V8 productionengine that saw service in the XC90 SUV and S80 sedan, it will be bored andstroked to 5.0-litres for the Car of the Future S60 V8 Supercars that willdebut at the 2014 Clipsal 500.

"We are on the dyno in earlyDecember with the engine and then we get it in the car as quick as possible,"confirmed Polestar CEO and owner Christian Dahl at yesterday's announcement ofVolvo's factory backed attack on the V8 Supercars Championship."

Dahl, who has attendedseveral V8 Supercars events including the SKYCITY Triple Crown last weekend, is in nodoubts about the challenge his engineers face in developing an engine that willbe competitive against the long-established Ford and Holden pushrod V8s.

And he is also aware of thedifficulties Nissan and HWA (Benz) have encountered achieving competitiveoutputs and fuel economy from their production-based engines in 2013.

"Driveability is a big partand as we can see from the race weekend the rear tyres have quite a tough lifeand the engine is part of that together with the driver," said Dahl.

"Then we have to test whatwe can and get the information from the drivers and Garry Rogers team, whatthey are wanting in the driveability and where they want the power and everything.We will attend a few races with our engineers later on in the season to talk tothe drivers and see what they do on the track."

Dahl praised the common Carof the Future chassis and componentry that now underpins V8 Supercars,predicting it would help Volvo get up to competitive speed more quickly.

"It is the modern form ofracing and it gives Volvo a good opportunity to hit the ground running and thenof course we have to race to gain further. There are a couple of tenths to thebest cars in the field and we really want to close that gap as soon as we can,but I do not underestimate the challenge.

"I think Holden and Red Bullis a little bit on top of everyone at the moment and it's a bit of job to catchup to them. But I think with more resources from Volvo, a bit of experiencefrom Polestar and a really good foundation at Garry Rogers we have all thetools to do it.

"Of course you need the time,we are quite restricted on testing. You can't just go off for five weeks andtest but I think we have a good basis to start with and we build on that."

Dahl also praised thequality of the Championship compared to tin-top racing in Europe: "We are usedto this balance of performance and turbos and weights up and down. Here you doa good job and you are allowed to win. There is stiff competition and we arereally proud to be part of it and it will be a big challenge."

Dahl said the plan was toeventually integrate Polestar more heavily into the overall development of theS60 racers and having staff seconded from Sweden to Dandenong was "being lookedat". Already Polestar has supplied bodywork data to GRM, while Dandenong hassent digital chassis and suspension files to Sweden.

"Garry and myself are takingabout how we can integrate both our support, but of course Garry RogersMotorsport will be the base for the running of the team in Australia andhopefully Polestar can be a good link between Volvo Cars in Sweden and GarryRogers in Australia to speed up communication and bring our experience.

"We have been working withVolvo Cars for 16 years and we can put that experience into the team and intothe Championship."

"I think the set-up of theGarry Rogers team is quite similar to what we have in Sweden, the mentality ofthe team is quite laid back and I think it should be a good chemistry of peopleworking together. They have what they need to do the job there and to add someresources from Volvo Cars in Sweden and Polestar I think is really good."

Dahl admitted there was achance that a Polestar driver could race for the V8 Supercars operation,although he downplayed any expectation it might happen in the near future.

"There is talk but I thinkwe want continuity when you go into this, you want the drivers that have donethe Championship before so you have continuity in the feedback."