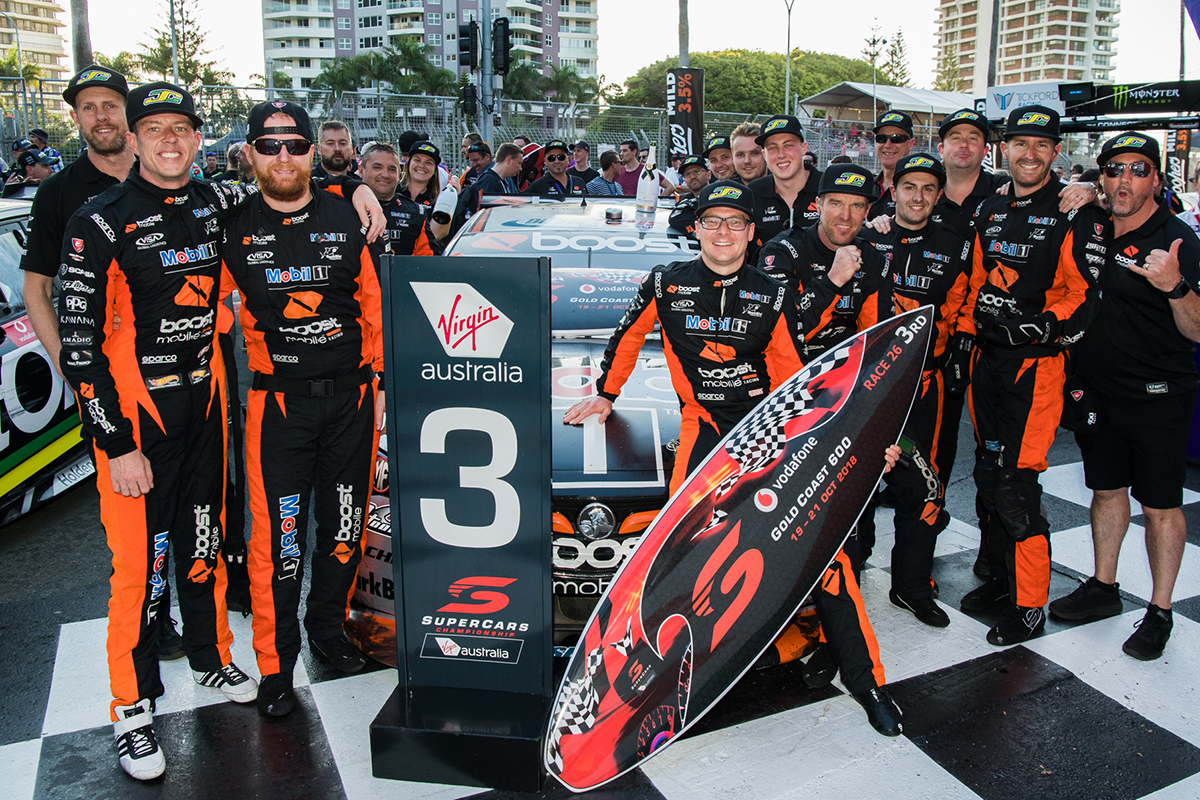 A Gold Coast podium for Mobil 1 Boost Mobile Racing's James Courtney and Jack Perkins capped an endurance campaign in which the pair felt "a bit robbed".

Courtney and Perkins finished third in the Saturday leg of the Vodafone Gold Coast 600, after suffering setbacks at Sandown and Bathurst.

In the PIRTEK Enduro Cup opener, Courtney was third in regular qualifying, but crashed in the second ARMOR ALL Race for the Grid sprint.

That left them starting at the back of the field, eventually finishing 16th, before suffering a lap 34 engine failure at Bathurst while running eighth.

"I feel like we've been a bit robbed, especially this endurance season," Perkins said.

"We qualified third at Sandown and ended up starting 26th, so go figure that out.

"And then Bathurst, the engine threw a leg out of bed at lap 30, so we were in the corporate suite drinking beers at lunchtime that day.

"We were on the podium, so I feel that could've happened earlier."

The pair were joined on the Saturday Gold Coast rostrum by race winners Chaz Mostert and James Moffat, and Craig Lowndes and Steven Richards.

"This one's right up there," Perkins noted. "Partnering with James, we're great mates, that's been a great combination over the years.

"To share the podium with Moff, who's my best mate, obviously Lowndes and Richo I've known them since I was about seven years old, so it's pretty special."

Courtney agreed the #25 Commodore's pace meant results had gone begging, with the sister ZB of Scott Pye/Warren Luff finishing sixth at Sandown and second at Bathurst.

"It's fantastic," he said of the podium, which came in his 400th Supercars start.

"The team's legitimately had good speed since our little upgrade (for Tailem Bend) and we've been in good positions and had good speed through that whole period but had things go wrong.

"It's a team effort, everyone's been working really, really hard and Jack and I spoke about it before the weekend, how cool it would be to get a podium or a win with the 400th.

"I said to him after the race, I wouldn't want to do it with anyone else, so it's been pretty cool." 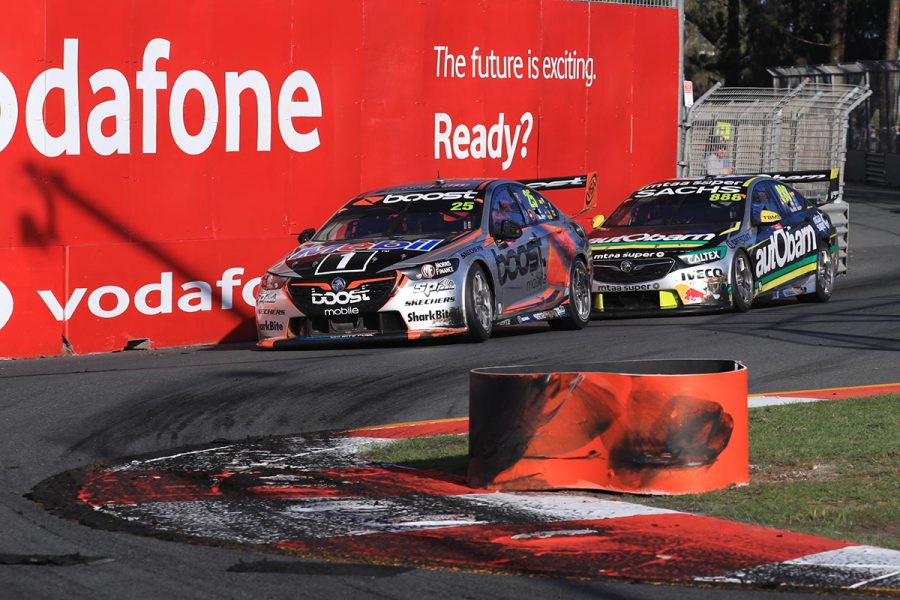 The 2010 champion spent his Saturday stint trying to keep Lowndes at bay to finish second, but that resistance ended with five laps remaining.

"To go that long battling someone of his calibre, with what's happening at the end of the year, it's something that I'll remember," he said.

"We had a good battle at Bathurst as well. He's a hard person to keep behind and someone that always races very, very fairly.

"We hit but didn't hit me hard enough to spin, it was good, aggressive racing. That's what everyone comes here to see and what we want as a category.

"I had a great time, it would've been better if I stayed in front but to come away third is still better than fourth."

The pair were at the front of the group of combinations that had made two pitstops when Sunday's race was suspended and then cancelled, Courtney having just taken over from Perkins.