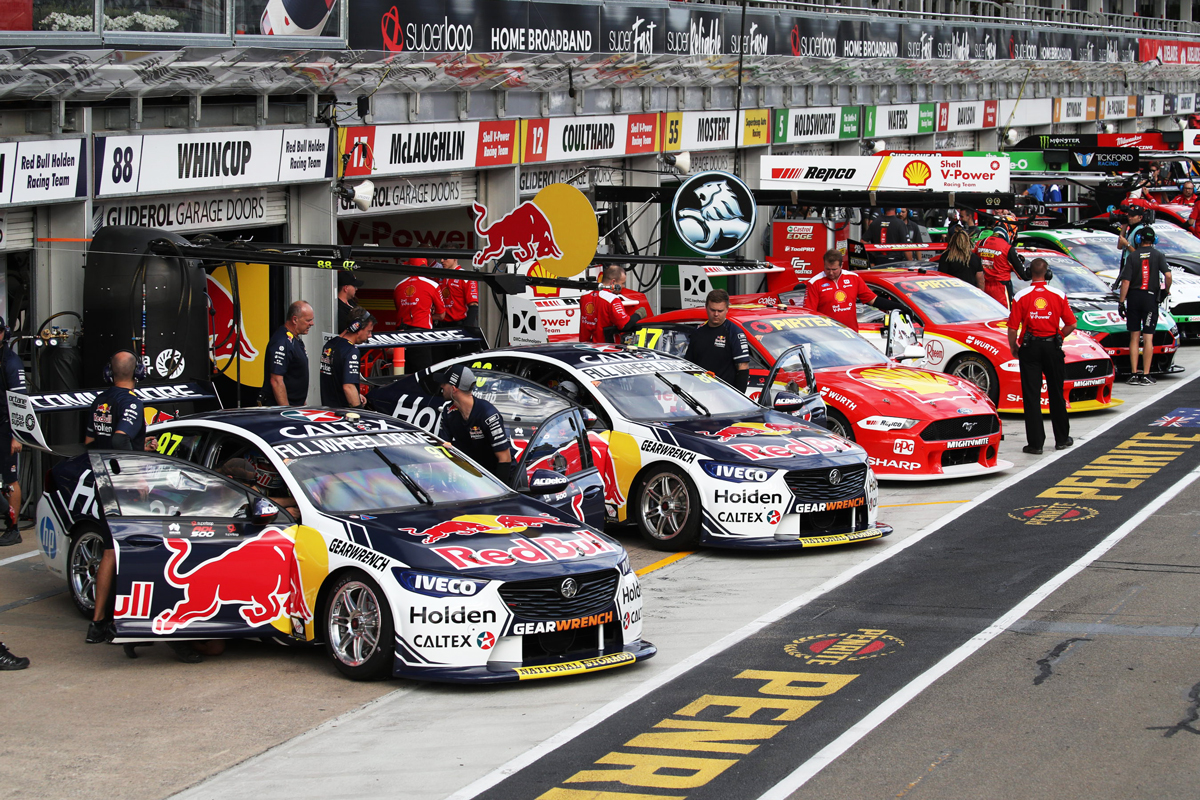 A review of key Supercars pitstop rules has included changes to the recommended penalties for infringements in 2019.

Regulations surrounding wheel movement and refuelling have been revised to clarify any grey areas.

Each car’s hydraulic handbrake must now be engaged when the car is in its pit bay undertaking a pitstop, to prevent rear-wheel movement.

Refuelling rules have also been reworded to clarify the need to raise the car immediately if it is lowered prior to the fuel hose being decoupled.

Previously, the recommended penalty for infringing either rule was a drive-through penalty, or an equivalent time penalty added post-race.

From this season, the new minimum is a 15-second time penalty to be served at the next pitstop, or added to the car’s race finish time.

“In line with the technical rule changes implemented to reduce the instance of a spinning wheel, Supercars in conjunction with the Stewards have reviewed the recommended penalty for a spinning wheel,” Burgess said.

“The 15 second penalty is still a strong punishment when you consider our cars are separated by tenths of seconds.

“We thought we were a little bit out-of-kilter in being a little bit too harsh. It is a safety penalty and what we’ve done is lowered the minimum, it doesn’t stop the stewards from applying something harsher if the breach is deemed more severe.

"The penalty is designed to fit the crime.”

They are the only alterations to the recommended penalties list for 2019.

A change has, however, been made to the judiciary, with David Stuart taking over from Michael Masi as the new Supercars Deputy Race Director.

Stuart, who was Supercars’ sporting and technical director, takes on the role as part of his move to the Confederation of Australian Motor Sport.

Now the Division Manager of Safety and Race Operations at CAMS, Stuart’s DRD duties include undertaking investigations into incidents and possible rule breaches.

Following an investigation, the DRD either recommends a penalty to the CAMS stewards, or deems that no action is warranted.

Stuart also takes over from Masi as the Race Director for the Dunlop Super2 Series, for which the opening round is taking place at the Superloop Adelaide 500.

28/02/2019
Stay In The Know
Sign up to the Repco Supercars Championship Newsletter
We use cookies to ensure that we give you the best experience on our website. If you continue to use this site we will assume that you are happy with it.Ok