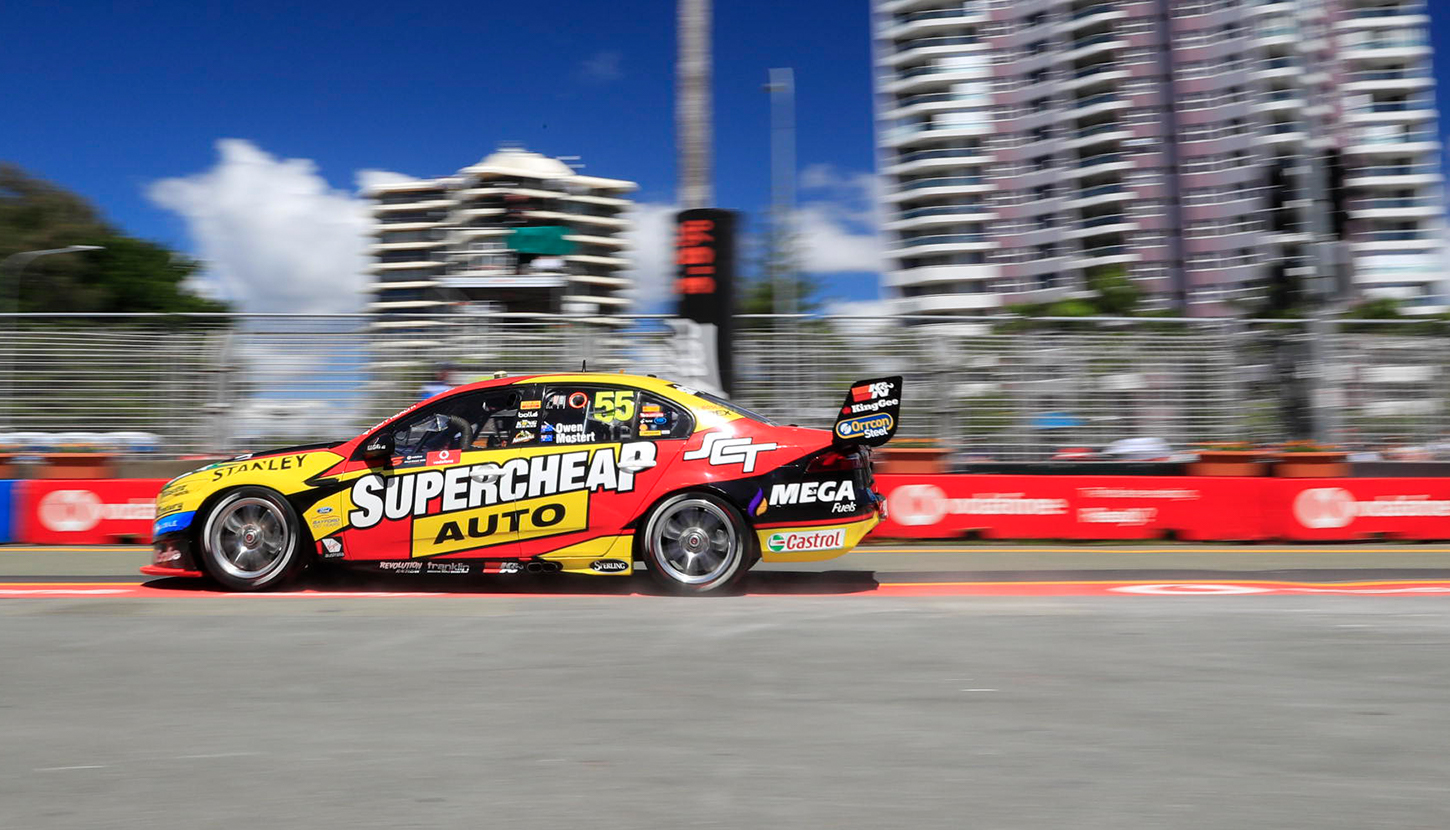 Prodrive believes the slope of the pitlane surface contributed to title contender Chaz Mostert and Mark Winterbottom having to save fuel during the second leg of the Vodafone Gold Coast 600.

Mostert and Steve Owen won the wet race on Saturday but had to settle for a relatively quiet seventh place in the dry, two spots behind Winterbottom and Dean Canto.

While the result was still enough for Mostert and Owen to win the PIRTEK Enduro Cup - Prodrive’s first - the pace of both Falcons was hindered by having to save fuel during the final stint.

Team boss Tim Edwards says that was a result of not enough fuel going in, based on the nuances of the street circuit’s pitlane.

“We didn’t quite get all of the fuel in so [Mostert] drove for 20 laps to a fuel number and it was the same for Frosty,” Edwards told Supercars.com.

“We think it’s actually just because of the angle of the pitlane here, measuring the high side of the car is actually the opposite side to the [fuel rig], so you end up with an air pocket on that side.

“That last stop we didn’t quite get all of the fuel in, so we managed that. We’ve never been [in this pitlane location] before.

“That’s what we think is the reason, and it’s only when the car leaves that you measure the fuel in the vent hose, et cetera and go ‘we got X amount in’.

“And that’s when the data bloke has a conniption that we didn’t get all of the fuel in.

“We did struggle for a bit of pace today as well, but it wasn’t quite what it seemed.”

Aided by his Saturday victory, Mostert closed from 223 points off the lead of the championship to 126 over the course of the weekend and remains in contention with two events to go. 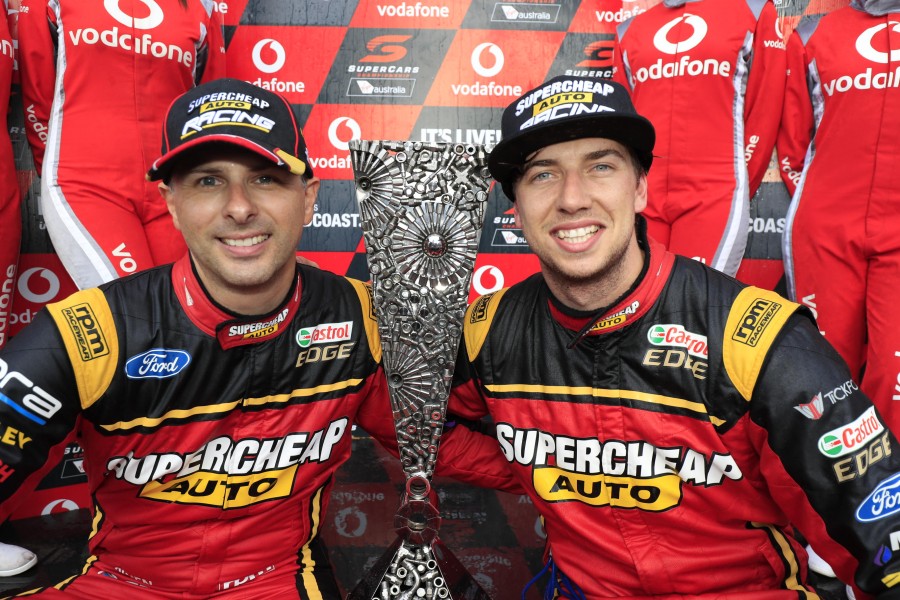 Mostert had described the pit issue as "top secret" in the post-race press conference, but said saving fuel wasn't the only challenge of the day as he adjusted to the dry weather set-up.

“The way we had to drive the car, it was quite quick in a way, we had great turn and entry speed, but we had to adjust from where we normally are,” Mostert said.

“It had great turn and great entry speed that we could carry, but we had to adjust from where we normally are, where you’re trying to set it up for the exit.

“Today it was a very entry-based car and once I got my head around driving it I think the pace was ok, but we just had other issues going on in our race [with the pitstop].”

Having finishing second to Mostert/Owen on Saturday, Cameron Waters and Richie Stanaway wound up 21st and two laps down after Stanaway tangled with Steven Richards at Turn 4 on lap 33 and bent a steering arm.

“He was having a go, and put his nose in there and I don’t know if Richo didn’t see him coming or what,” Edwards surmised. “He thought the move was on, he was having a go.”

The Sandown 500-winning pair still, though, did enough to finish third in the Enduro Cup.

“We’ve managed to get all of the other perpetual trophies over time,” Edwards said.

“It’s good to finally get the Enduro Cup, and it’s the first time a Ford’s won the PIRTEK Enduro Cup as well.

“It’s great, and on the back of taking out the manufacturers’ championship for Ford yesterday. Not too bad a day.”

Vodafone Gold Coast 600: As it happened