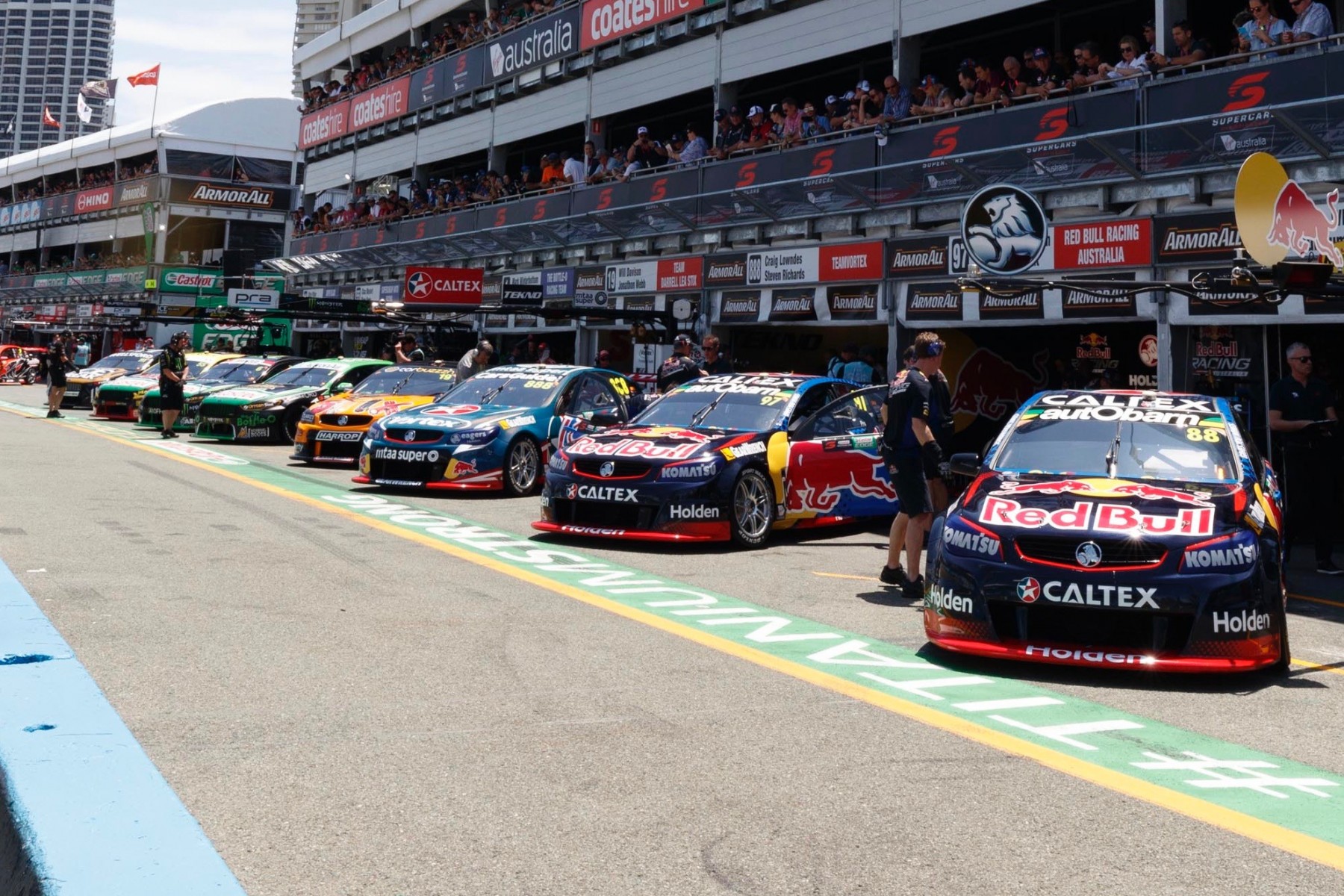 Pit lane order has been determined for 2017, based on Championship results from last season.

Finishing order in the Teams’ Championship secures pit lane position for the following season, though groups (such as four-car Prodrive Racing Australia) are all housed together, based on the highest finishing pairing in the squad.

Teams can decide which of their cars takes the 'first' position in the garage.

Walkinshaw Racing has jumped to the third garage, with James Courtney and new recruit Scott Pye lining up at the reinvented team this year.

The biggest mover, however, is Garry Rogers Motorsport, which catapulted from 10th in the order to fourth. Leapfrogging multiple-car groups has paid off for the team, with Scott McLaughlin in the past having expressed some of the challenges brought on by being back in the order when battling for the championship.

Prodrive Racing Australia slots in behind, with team boss Tim Edwards having confirmed last year Mark Winterbottom and Chaz Mostert would remain in separate garages because of commercial reasons, leaving Winterbottom and Cameron Waters in the first of the team’s garages and Mostert and veteran Jason Bright in the second. The group falls from the third slot to the fifth after being topped by WR and Rogers’ operation.

DJR Team Penske follows with McLaughlin and Fabian Coulthard – DJR jumps from garage 11 to seven and puts McLaughlin three spots higher than where he was with GRM in 2016.

Brad Jones Racing has slipped back, though duo Tim Slade and Nick Percat look certain to pull in some team points in the 2017 season. Tim Blanchard and his new REC slot in behind, with Charlie Schwerkolt’s Team 18 once again pairing with the third car in the BJR group for pit stops.

Nissan Motorsport looks to have had the biggest step back, dropping from eighth to 10th. BJR and Prodrive also dropped two positions, but this leaves Nissan the last four car group in the order.

Brothers Todd and Rick Kelly had a higher combined finish than the other two cars, leaving newcomer Simona De Silvestro and Michael Caruso to take the next garage.

Erebus Motorsport jumps up from the rear of the pack with David Reynolds and Dale Wood, with Lucas Dumbrell Motorsport closest to pit entry. LDM is yet to confirm its two drivers, with Percat moving on this season and Andre Heimgartner yet to announce his plans.

18/01/2017
Stay In The Know
Sign up to the Virgin Australia Supercars Championship Newsletter
This website uses cookies to improve your user experience. By continuing, you will be providing your consent to our use of cookies.Ok