With co-driver Alex Premat behind the wheel, the team elected to pit on lap 14 of 161 for tyres and fuel, in a race that requires each car complete four stops.

Premat - who races with Scott McLaughlin - left the pit lane with the air jack spike connected to the car, nearly pulling the team's boom down.

It earned a mechanical black flag forcing the team to remove the spike, and a pit lane penalty, putting the #33 a lap down. 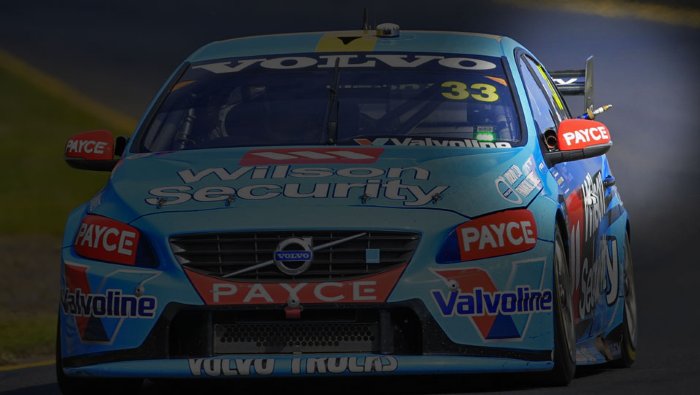 "I believe that when they dropped the car, the fellow handling the spike thought the refueller was still in the car - so he went to re-spike and the car went, so the spike got caught in the side of the car.

"Human error, I suppose, simple as that."

The fuel is added on the driver's side of the car, the spike on the passenger side, so the two operators cannot see one another.

The footage looked dramatic but Rogers assured fans no one involved in the pit stop was hurt.

"You don't like to make those sorts of mistakes, it is a human error mistake and enough happens in these races that's out of your hands, let alone making mistakes as well," Rogers said.

"You learn from every mistake, but unfortunately, it's been done and away you go again."

McLaughlin was disappointed with the mistake but promised to push on, with over 100 laps to go in this race.

The pair had a drama in pit lane last year at the Sandown 500, when Premat was stuck in his pit bay, jammed behind cars doublestacking in a tight lane.

Follow on live timing here and live on FOX SPORTS 506 and TEN.