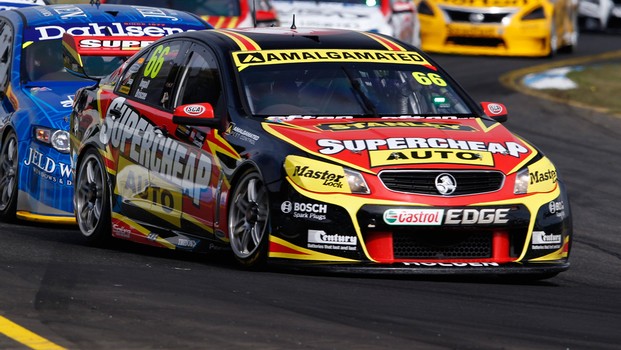 Two-time Bathurst winner Russell Ingall and international superstar Ryan Briscoe had a good start to their endurance campaign, coming home ninth at the first of the long distance events at Sandown. So, coming into the Supercheap Auto Bathurst 1000, which could be a better crew to meet than those at Supercheap Auto Racing? 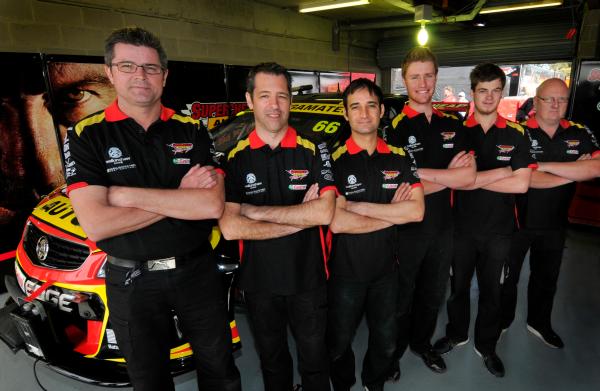 “Getting the drivers to like the same car is a challenge – after that, the rest is easy,” Crawford said of endurance racing.

Having worked in Australian touring cars for over 20 years, Crawford has engineered an extensive list of high profile drivers, including Peter Brock, Jim Richards and Craig Lowndes – too many to list.

“I grew up in Melbourne, got into club motorsport and decided I wanted to do it for a living,” the 48-year old told v8supercars.com.au.

After a couple of years in Europe in DTM, Crawford returned to Australia, completed a year with Gibson Motorsport on the Nissans in 1992, and has been at Holden Racing Team/Walkinshaw Racing since ’93.

And while there have been plenty of Championship, Bathurst and Sandown wins to note, Crawford’s career highlight was back in 1996.

“The team was really starting to find it’s true place in pit lane. Nobody rated us for a win that year and we came out and won everything.”

It’s the teamwork he enjoys in motorsport and, judging from the last few race meetings, feels the cars are on the way to where they need to be.

Nickname: “Everyone calls me Matty – or if I’m in trouble they call me Matthew.”

As well as assisting Crawford engineer #66 at race weekends, Seales looks after the damper department at WR, working on R&D and taking care of all three WR cars as well as sister team Tony D’Alberto Racing.

After a few years in V8 Supercars, Seales also made the shift overseas, but for him it was America, where he lived in Indianapolis for seven years and worked with various IndyCar teams, as well as damper manufacturer Ohlins.

While the list of Australian drivers he has worked with is impressive, throw in the Andrettis and Juan Pablo Montoya, and you certainly have what he considers a “good list”.

Seales returned home in 2005 and while the intention was just a holiday, he and his wife ended up staying in Australia. He worked a couple of seasons with PWR before shifting to WR and has now been with the team over five years.

What’s kept him in motorsport, around the world?

“I think it’s the competitiveness because you absolutely hate to lose, and when you win it seems like it gives you enough energy to go on to the next win,” the 44-year old said.

“Sometimes it can take a fair bit of time, as it has done with HRT, but it motivates.

“It’s just the competition and the people – if you get a really good mix of people it’s great to be involved.”

Mesiti says he has done a bit of everything up and down the V8 Supercars paddock, and has worked with a number of teams over the years, from number two to number one mechanic, and in subassembly and fabrication.

He believes you have to have a passion for motorsport, as there are good and bad times, as well as – a common complaint – long hours.

Mesiti’s family is from Calabria in Italy, though he grew up in Adelaide. He was a mechanic for several years before approaching nearby Team Dynamik.

“I was working as a mechanic and just driving past it every day and I sort of thought it looked alright,” the 34-year old said. “I was following V8s and Bathurst and thought I’d just give it a shot – and they gave me a job. Crazy – it was as simple as that.”

He moved through several teams including Triple Eight and then DJR, before WR.

The Bathurst trifecta with Triple Eight stands out as a highlight, particularly as Mesiti was managing the subassembly department there at the time. “There’s been a lot of moments – there’s also been a lot of stress!”

Nickname: “I’ve got many nicknames, it all depends which team… Here, probably Mater or Rocco. There is another one I don’t like that I’m not going to mention.”

While discussing, a teammate yells out, “Gypsy!”.

Fisher, who grew up in country town Weethalle in New South Wales, started his career by entering the Trading Post Racing Recruit competition run by FPR in 2011, an opportunity that arose in the third year of his motor mechanics apprenticeship.

Fisher was runner up, and experience from the competition – which involved going with the team to Phillip Island for a race weekend – was enough for him to know he wanted a career in the sport.

He went from team to team with his resume, and at Bathurst spoke to WR’s Commercial Manager Bruce Stewart, who he says was instrumental in helping secure a position with the team.

“My old man was a motor mechanic all his life so I sort of grew up around cars –mostly hot rods, muscle cars, that sort of stuff,” he said.  “That’s where I got my love for cars and things that go fast.”

Nickname: “Everyone calls me Glen-o, but my friends back home Fisher or Fish, because my last name’s Fisher.”

McCormack began as number three with the team this year, serving his third year of his apprenticeship with WR this season.

The 19-year old from Frankston has previously worked in car dealerships and said working on a race car was a different experience altogether.

Nickname: While he said he didn’t have one yet, teammates popped up and said ‘Stoner’.

A mechanic by trade, Kruizinga started as a mechanic and truck driver in V8 Supercars back in 2000.

“I’ve worked with everyone,” he said, listing Gibson Motorsport, Perkins Motorsport, WPS, Stone Brothers, Fiore’s and WR since last year. “Most of the time it’s been truck work and tyres.”

While primarily he looks after the truck, Kruizinga manages tyres at the workshop and occasionally over a race weekend, for #66.

He describes himself as a paid tourist, getting the opportunity to see plenty of Australia driving the truck, and particularly enjoys events like Townsville where large crowds turn out for the transporter parade in the lead-up to the racing.

“I had a few wins along the way, but second at Bathurst, with James Courtney when I was at Stone Brothers,” he said was a high point. “Haven’t won it yet – so maybe this year!”

Nickname: “It depends… Bobby Dazzler, Dazzler. Mad Dog keeps popping up occasionally. It’s from school and stuck – it sort of came back when I started with Walkinshaws – I knew a few guys from before and it’s come back to haunt me!”

Chrome Wrap for #33 for Bathurst