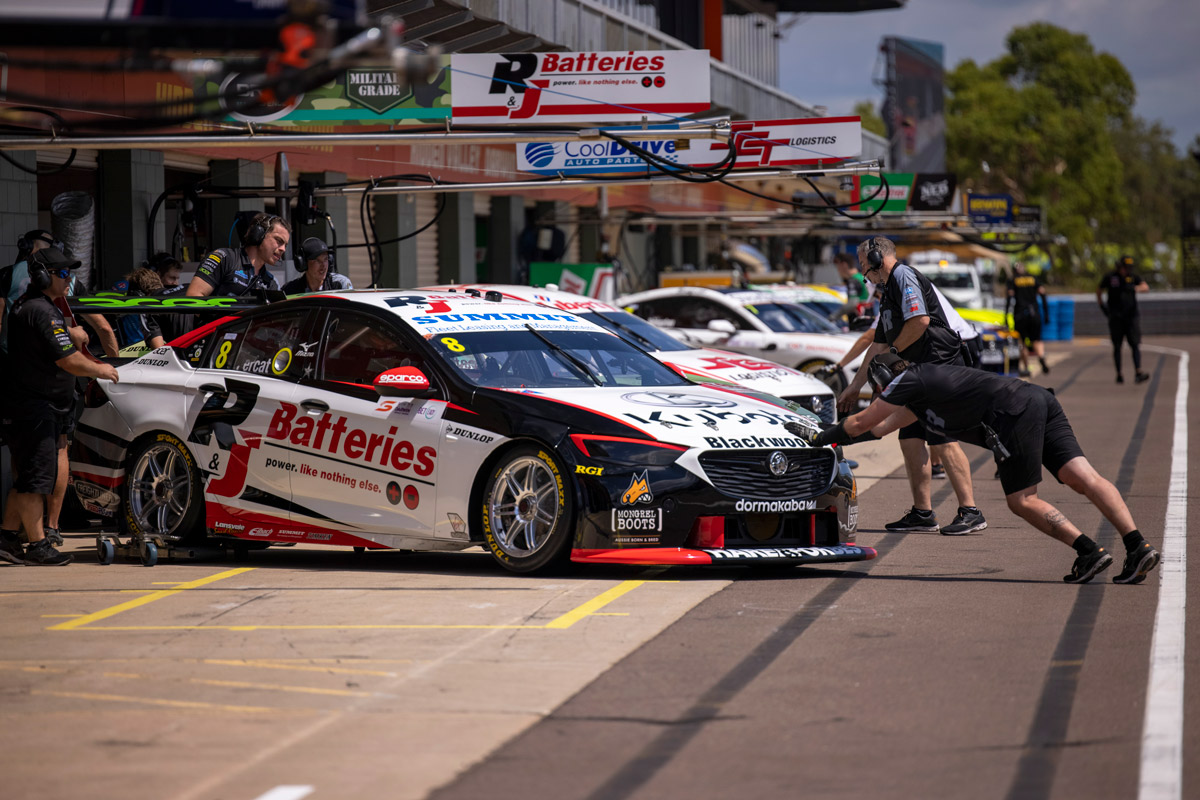 If there was one small win to take out of a tough weekend for Brad Jones Racing, it was ground gained in the PIRTEK Pitstop Challenge standings.

Nick Percat and his #8 BJR crew moved to within one point of the competition lead, which was retained by the #9 Penrite Racing Holden driven by David Reynolds.

That alone is fortunate to a degree given that the Saturday race, in which Percat was taken out on the opening lap, was not counted towards the PIRTEK Pitstop Challenge tally.

That was because of the deployment of the Safety Car, which led to a flurry of pitstops and thus double-stacking that significantly affected transit times through the lane.

Percat returned for the two Sunday races, in which his crew made top-four fastest stops on each occasion.

BJR also have the sister #14 Commodore of Todd Hazelwood still up in eighth overall, although they had a rare shocker on Jack Smith’s car, who lost 14 places in the competition standings.

Penrite Racing have led the Challenge throughout so far and have a decent gap back to third-placed Supercheap Auto Racing, who were the fastest stoppers in the BetEasy Darwin Triple Crown finale.

McLaughlin enjoyed the fastest pitlane transit time of the weekend – 33.05 seconds in Race 14 – to climb eight spots from 12th.

The Holden entries of Garry Jacobson and Shane van Gisbergen were other big movers, gaining seven positions each.