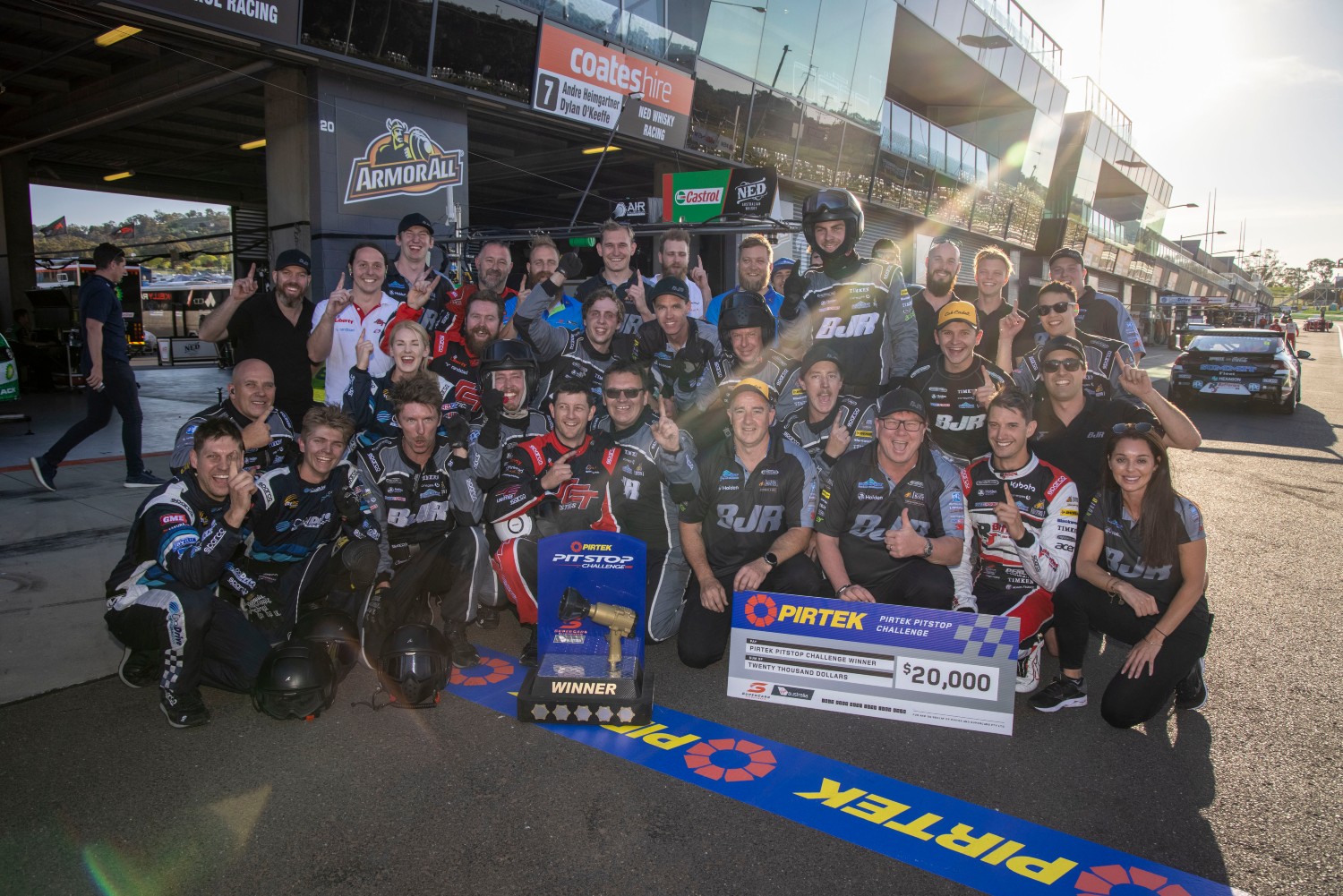 The popular PIRTEK Pit Stop Challenge will return in this year’s Repco Supercars Championship, and will feature some key tweaks.

Last month, PIRTEK extended its involvement in Supercars to 24 years after being announced as the Official Control Fuel and Air Hose Supplier of the category for the next two years.

Introduced in 2017 to recognise the efforts of pit crews, the PIRTEK Pit Stop Challenge will see teams go head to head in pursuit of $20,000 and the coveted 'Golden Rattle Gun Trophy'.

The competition will begin at this weekend’s Penrite Oil Sandown SuperSprint, with Brad Jones Racing the two-time defending champions.

In 2021, entrants will compete as teams as opposed to cars. Teams are defined by pit boom, with each team comprising two cars.

The fastest pit stop by either car within each team from each race will count towards the Preliminary Races point score.

For avoidance of doubt, a single team paired by a pit boom will be deemed a two-car team.

The pit stop time used in calculating points is the duration between crossing the pit entry line and pit exit line, as recorded by timing. This pit stop time is final.

Should a team complete multiple stops in a race which comply with the requirement of a compulsory pit stop (CPS), the quickest time of all will be used to calculate points. 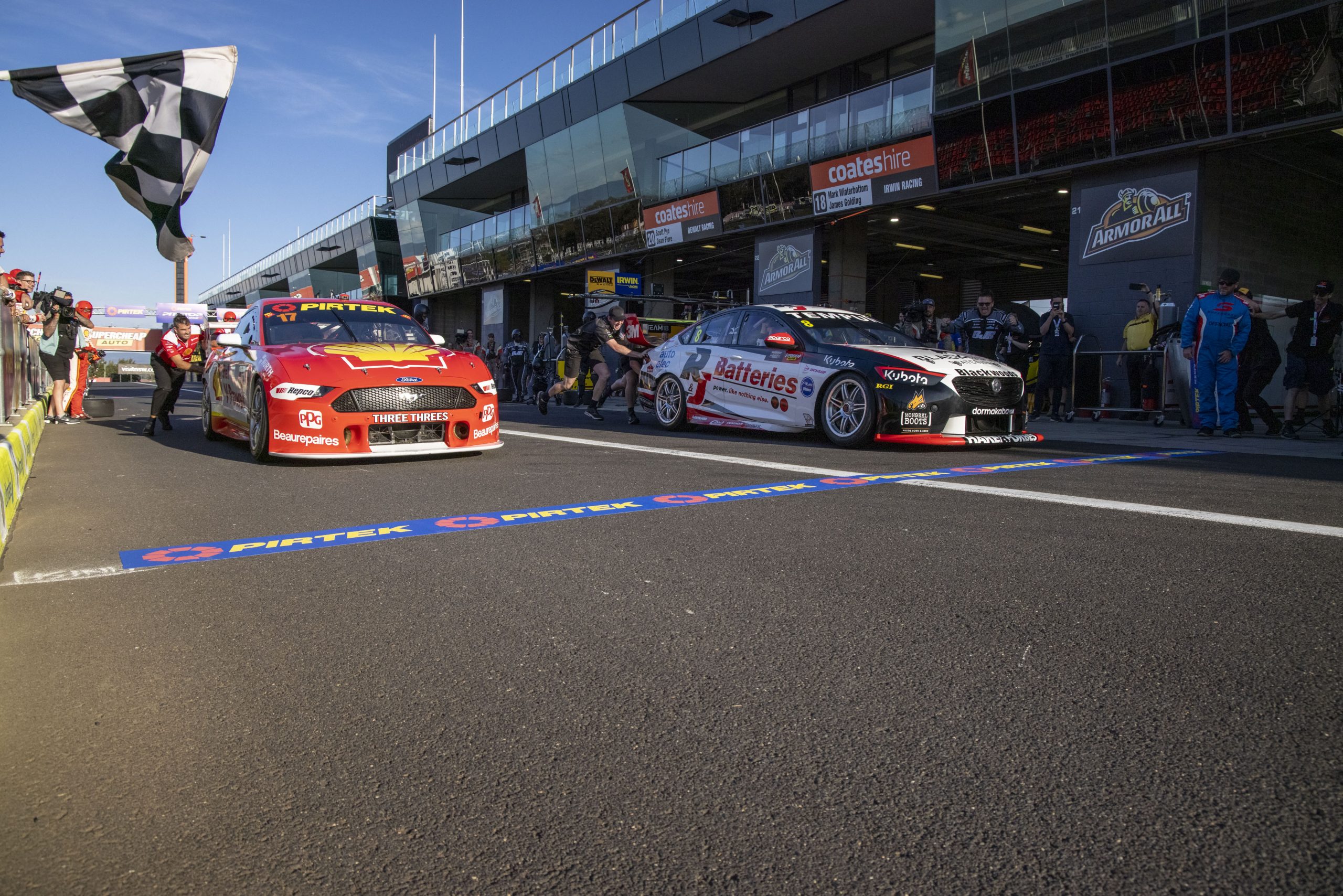 Should a team fail to complete a CPS in a race, no points will be awarded to that team for that race.

Points will be earned on a descending scale per race, with the quickest pit stop earning 12 points, second quickest earning 11 points and so on, with the slowest time earning one point.

If a driver or team incurs a penalty in completing the CPS, the team will be disqualified, resulting in no points for that race.

Any pit stop time disqualification is final and is not subject to an appeal. Any car disqualified will not be awarded any PIRTEK Pit Stop Challenge points.

In this instance, the slowest team will then earn two points, as opposed to one point if there were no disqualifications, and so on.

A pit stop time can be disqualified for various reasons, such as a pit lane speeding infringement, any pit lane infringement as decided by the stewards, and a breach of any Rule in D3, D11, D17, and D23 of the 2021 Supercars Operations Manual. 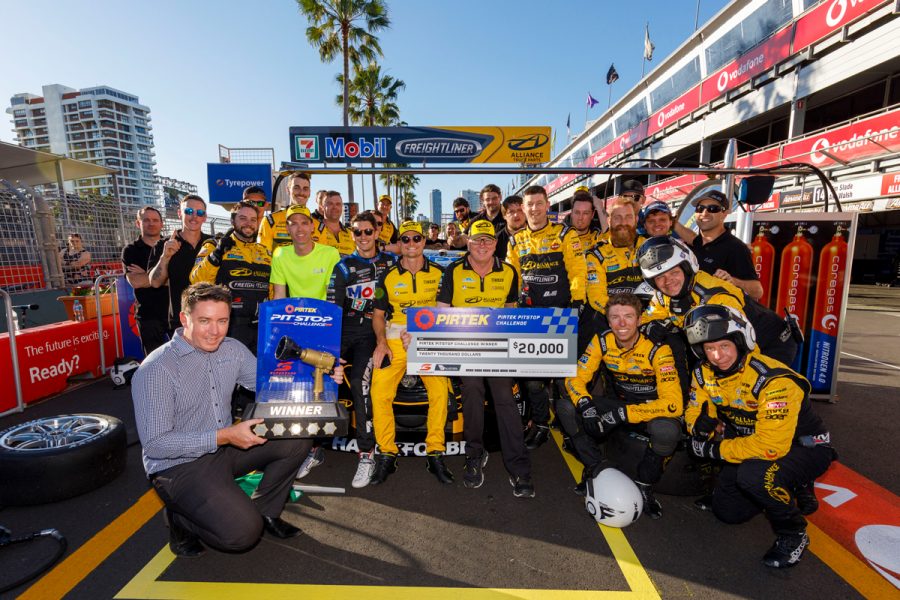 To avoid any potential impact for a BP Ultimate Safety Car to influence team’s performance in pit lane and therefore results, any race where a Safety Car is called will not count toward the point score.

If this fails to break the tie, then the team's second-best individual performance regardless of the Preliminary Race will be used and so on until the tie is broken.

This year, multiple* races will decide which four teams move onto the live finals at this year’s Repco Bathurst 1000. All the listed races require one CPS.

The top four teams from the Preliminary Races will compete in a live eliminator final at the Repco Bathurst 1000* for the PIRTEK Pit Stop Challenge Golden Rattle Gun and cash prize.


*Schedule subject to change as events and event formats are confirmed.

Rules surrounding the Live Final will be distributed to relevant Teams closer to the Event.