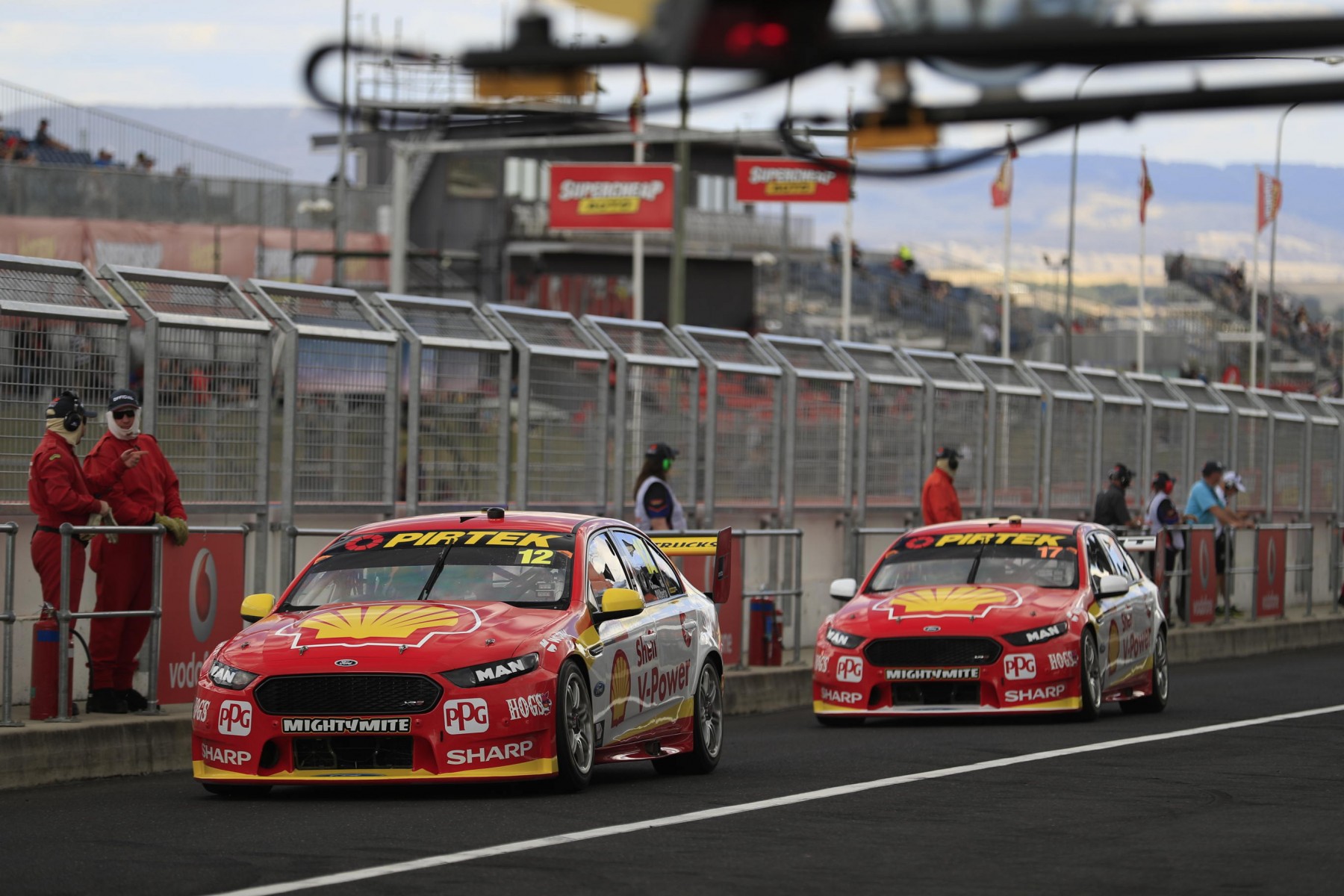 Bragging rights in pitlane go on the line tonight, with the grand final of the PIRTEK Pit Stop Challenge.

The grand final will be broadcast live on Fox Sports’ dedicated Bathurst channel from 6:30pm AEDT, with two semi-finals ahead of the main event.

Teams will push cars into position and change all four tyres, before pushing them across a finish line.

The winning team will be awarded $25,000 plus the perpetual PIRTEK Golden Rattle Gun Trophy.

The competition ran across six Supercars events including all five SuperSprints and the CrownBet Darwin Triple Crown.

Freightliner Racing has been the fastest team in pit lane in 2017. The team worked overnight to repair the Commoodre following a massive crash in practice at the Supercheap Auto Bathurst 1000 yesterday.

Tonight’s semi-finals will be as follows:

If the two Shell V-Power Racing Team Ford Falcons win both semi-finals, it will be time-trial grand final. Quickest time from start to finish will be crowned the champions.

06/10/2017
Stay In The Know
Sign up to the Repco Supercars Championship Newsletter
We use cookies to ensure that we give you the best experience on our website. If you continue to use this site we will assume that you are happy with it.Ok