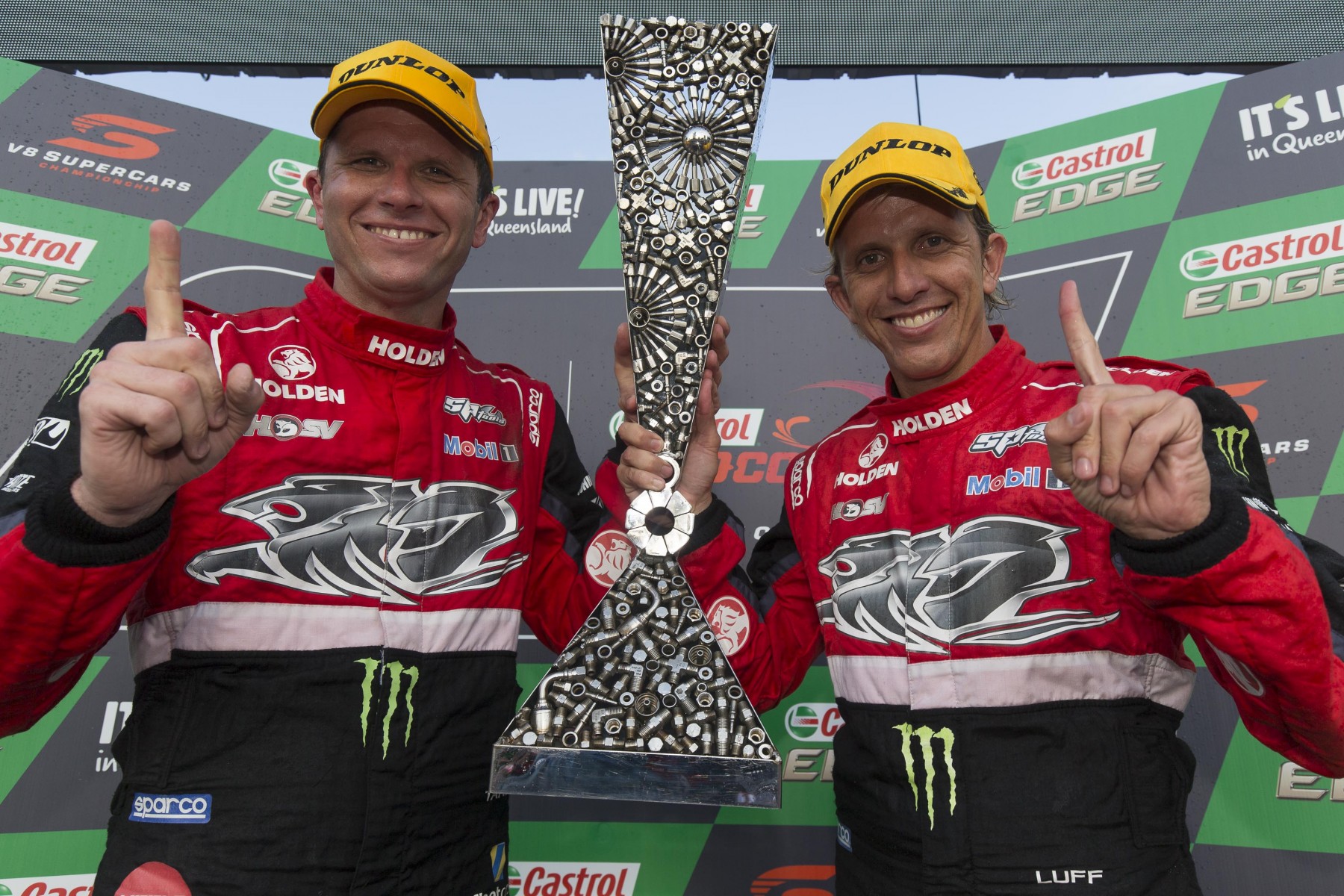 Since creation of the Pirtek Enduro Cup, one driver has managed to etch his name on the trophy twice – pairing with two different drivers in two different teams.

Warren Luff is confident he and Garth Tander are a shot at backing up the endurance trophy, which Luff believes is growing in significance and is an important addition to the Virgin Australia Supercars Championship.

The #2 pair earned the most points across the four long distance races last year with two fourth place finishes and two thirds (including Bathurst) and will test next week pre-Sandown.

He won the trophy previously with Craig Lowndes in 2013 racing with Red Bull, and now looks at a three-peat – though no one can doubt just how difficult the long distance races are.

“The enduros always throw up that curve ball – there’s so much more you have to put into play for the three events,” Luff told supercars.com.

“While the team didn’t have the front running pace they might have liked for the sprint races last year, I think we really showed ourselves as genuine contenders in the endurance races when you take into account race strategy, the performance of the two drivers, pit stops and everything like that. There’s so much more going on in those races.

“Garth and I would’ve loved to have gotten a win in those three races, which we’ll try and make amends for this year. We were on the podium at Bathurst and Gold Coast, so we had genuine pace … and most importantly we had a great team behind us.”

Luff steered the brand new HRT chassis at Monday’s ride day, which he believes will be an advantage heading into the three long-distance events.

“There’s definitely some changes in the car that you do notice from the last time I drove it, which was only last month, the Queensland Raceway co-driver session," he said.

“I think going into this year’s enduro campaign with a fresh chassis under us, we know we’ve always got great engines and we’ve got probably one of the best teams in pit lane in terms of strategy and pit stops ... I think we’ve got all the ingredients there to do great things this year.”

Luff won at Sandown with Lowndes en route to their Pirtek Enduro Cup victory in 2013, while Tander’s last win at the circuit was at the 2009 sprint round, when the 500 was staged at Phillip Island.

“It’s been a happy hunting ground for me in the past, I’ve had quite a few podiums there, I’ve won it there as well,” Luff said of the Melbourne racetrack.

“It’s been a great event for Holden Racing Team in the past as well. Being a home race for the team with the workshop just around the corner, obviously Garth and I would love nothing more than to kick-start our Pirtek Enduro Cup campaign with a win at Sandown.”

A regular co-driver for some years now, Luff knows it is a big responsibility teaming up with those main game drivers fighting for the Championship.

“You want to do the best job you can for the team, but without letting your ego get in the way and being out there trying to prove something,” he said.

“We’ve got a job to do, a very important job … there’s a lot of points up for grabs through this Pirtek Enduro Cup campaign and it can definitely change the landscape of the overall championship.

“So as a co-driver, you’re wanting to get in, do your job to the best of your ability but you kind of take a deep breath and are glad to hand the car back in one piece and – in my case – watch Garth do the fun stuff at the end of the race like he did last year!”

Jamie Whincup and Paul Dumbrell are the only other combination to win the Pirtek Enduro Cup, and Luff believes it’s important to have an award that, in a way, recognises the co-drivers.

“It’s a fantastic thing to put a championship towards it, because it does make up a big part of the year for points for the main game guys as well.

“Obviously for us guys who come in for those three enduros it’s a nice thing to be able to hang your hat on, and I feel very honoured to have won it twice now – first time with Craig and now with Garth and we’d love nothing more than to go back to back.”