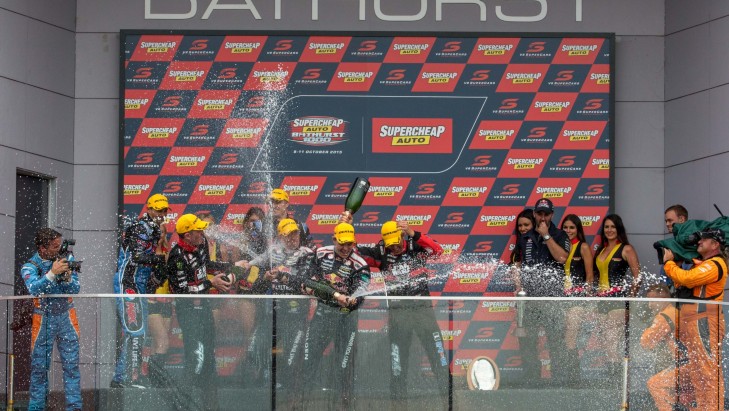 Shane van Gisbergen and Jonathon Webb hold down third in the Enduro Cup chase after Bathurst, 60 points behind the Tander/Luff combination.

Bathurst Winners, Lowndes and Richards are fourth heading to the Gold Coast.

The Castrol Gold Coast 600 runs fromOctober 23-25, a tight turnaround for the teams.

Click here for the full points tally heading to the Gold Coast, which hosts two races.