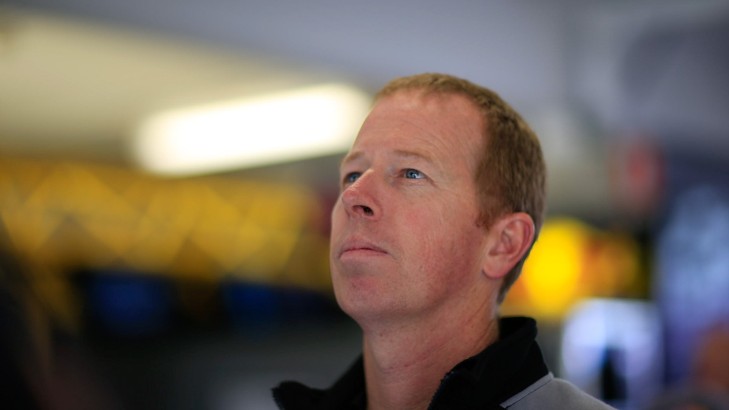 Gun co-driver Steven Richards has praised the creation of the Pirtek Enduro Cup, saying it gives the second in commands something more to aim for as they take to a V8 Supercar over the three long distance events.

In 2013 Richards won the race of the year, the Supercheap Auto Bathurst 1000 with Mark Winterbottom, but the pair only managed third in the Pirtek Enduro Cup, which is based on combined points from the Sandown and Gold Coast races, as well as Bathurst.

"It's a good little trophy for the enduro drivers now with the Pirtek Enduro Cup," Richards told v8supercars.com.au.

"For sure it's something you want to get your hands on, absolutely."

Click here for full listing of Pirtek Enduro Cup points, which can also be found in the 'Events' tab.

While they didn't finish the first long distance race in the ideal position, Richards felt they would improve as a group the next time round.

"It's nice to have the first drive with the team, it's a new routine, so getting your head around how that operates internally, from my perspective, that's always a challenge in the first one," he said.

"That all worked out pretty well. Now we'll move forward and go to Bathurst with one under out belts ... the reality is, we didn't have the car speed required to win the race, but we probably optimized the result we got today. If we had've had a fraction of luck, maybe we would've had Garth, ... but I think that's where we were capable of finishing."

While the Pirtek Enduro Cup is on the line, the co-drivers also have the important job of keeping the main driver's Championship intact -especially in the case of the top five contenders all less than 400 points behind Whincup.

Of the top five, the lowest placer was Mark Winterbottom back in 10th.

"We'd like to think by the end of the Gold Coast we are as close to Jamie as possible," Richards said.

"As much as I'm sure the team love when Jamie does well, from the other side of the garage, we want to do the best we can to get that number one!"

Steven Richards  ›
15' Red Bull Racing Australia ›
2014 Supercheap Auto Bathurst 1000  ›
Stay In The Know
Sign up to the Virgin Australia Supercars Championship Newsletter
We use cookies to ensure that we give you the best experience on our website. If you continue to use this site we will assume that you are happy with it.Ok