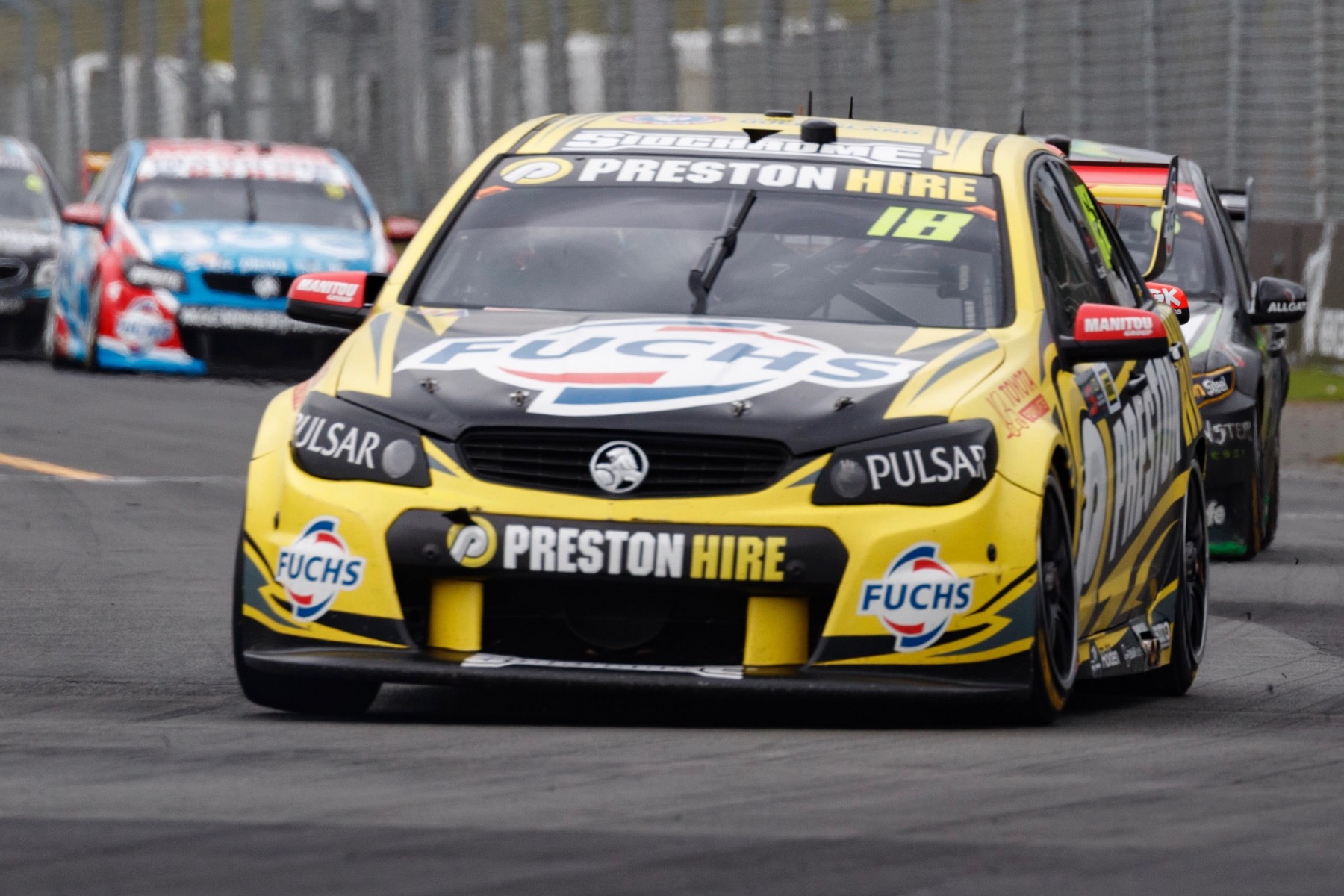 Preston Hire Racing is planning more upgrades to its freshly-built Triple Eight Holden Commodore VF over the summer break as it attempts to bridge the performance gap to the dominant Red Bull entries.

Team driver Lee Holdsworth revealed the plan to supercars.com in the wake of a disappointing run at the ITM Auckland SuperSprint.

The #18 Holden spent the weekend mired in the midfield while the Red Bull Commodores of Shane van Gisbergen and Jamie Whincup again showed startling pace.

As a customer of Triple Eight Race Engineering, the Charlie Schwerkolt-owned team gains access to the set-ups of the factory Red Bull entries, but Holdsworth says differences in componentry makes the information difficult to take advantage of.

“Sometimes the components that we run don’t allow us to do the same thing as they do,” confirmed Holdsworth.

“That’s one area we are really trying to fix for next year.

“Charlie and the team are pushing very hard to get some upgrades for next year and I am hoping that will be a good step-up in performance.”

The PHR Commodore is understood to run a T8 Mk 4 front-end design, while these days the factory cars are up to Mk 6.

Schwerkolt opted to stick with Mk 4 uprights in the new car for familiarity reasons and because of the expensive inventory of spare parts that carried over from the disastrous Darwin crash in June where the team’s original T8 Commodore was wrecked and Holdsworth seriously injured and forced out of racing for three months.

Holdsworth revealed the team’s frustration at its Pukekohe struggles had prompted it to try the Red Bull set-up, but to no avail.

“The hardest thing for us at Pukekohe was looking at the pace and going ‘well, we have to try their set-up’ and unfortunately every time we dial in their set-up we are not very strong, so they have developed that set-up around their suspension components.

“They (Red Bull) are doing pretty impressive cars at the moment. They are in a world of their own. And obviously, it’s frustrating for us because we have most of that equipment but just that missing piece of the puzzle [too].

“Until we have everything it’s very hard.”

The lack of Pukekohe pace was all the more frustrating for the rookie team because it came after a promising seventh place finish in the Sunday race at the Gold Coast 600.

Ironically, the New Zealand event had been one the team had been looking forward as the sprint format eliminated pit stops, which have been problematic at times this year.

“Unfortunately we left [Pukekohe] with our best car of the weekend,” Holdsworth reflected. “I think if we had started where we finished the weekend we would have had a very good weekend.

“There are a few positives; we came home with a straight car and I had some good battles out there.

“But with the format we had there was no chance of working our way back up to far up the grid with no pit stops or strategy.”

Holdsworth is now looking forward to the final outing for the Virgin Australia Supercars Championship on the Sydney Olympic Park circuit, where he has claimed a win and three ARMOR ALL pole positions.

“I always look forward to that one,” he said. “I love street tracks in general, but especially Homebush.

“That is my most successful track and I can’t wait to get back there. I feel this will be quite a strong car around there, so I am hoping to end the year on a real high.

“I don’t want to put any numbers on the expectation, but I certainly hope to do well there.”

Holdsworth was also a winner at the Oran Park circuit near Sydney, which is now a housing development.

“I feel like every track I win on leaves the calendar,” he joked. “It’s is exciting that there is another street track coming on to the calendar in Newcastle, so mixed feelings I suppose.”

Schwerkolt has confirmed the team would also switch workshops over the break in preparation for 2017.

Meanwhile, Holdsworth and wife Alana are celebrating the arrival of their second child Riley, a little brother to daughter Ava.