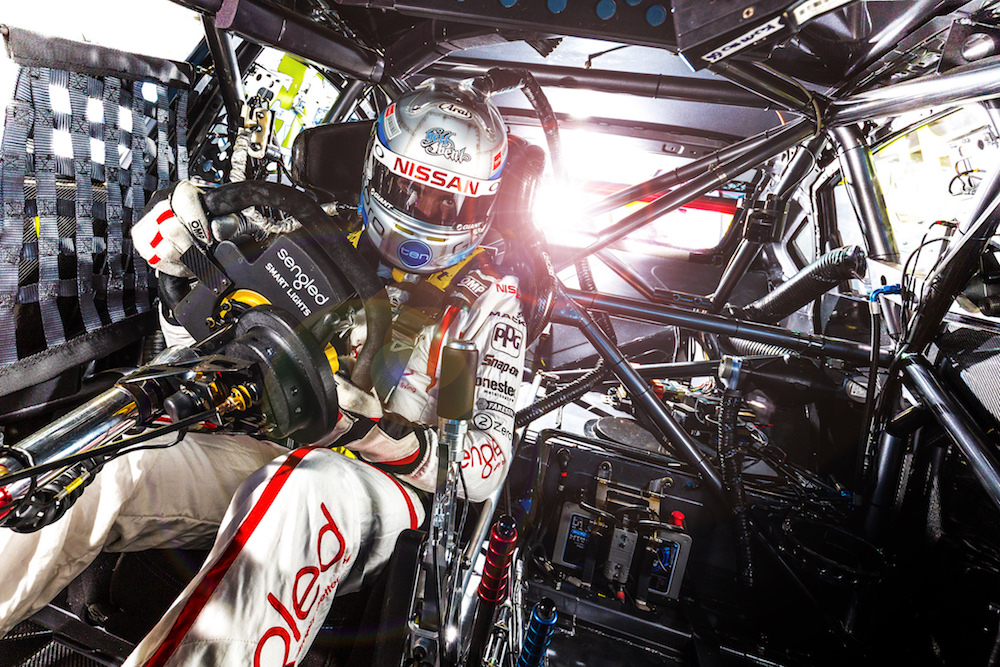 Nissan Motorsport’s decision to return to Winton today is paying dividends with dry conditions prevailing for its vital test.

The last two days at Winton have been hit by showers, which saw Nissan, Prodrive, Garry Rogers Motorsport and Preston Hire Racing all abandon running yesterday.

While Prodrive is weighing up joining Erebus at the circuit next Tuesday, Nissan was the only one to attempt a return today.

Speaking in the early afternoon, Nissan Motorsport general manager Scott Sinclair explained that the conditions have been kind to the four-car team.

Nissan has been doing its development testing at race meetings during recent events after an oversight in June cost it one of its three allocated days.

“Our first outing this morning was on wets, but that was just one run and then we were straight onto the slicks,” Sinclair told Supercars.com.

“The sun has been out since 10am so the weather hasn’t been a drama for us at all. There were showers predicted for the afternoon, but it’s not looking like it.

“We tweaked our schedule to make sure all the important stuff got ticked off this morning just in case.

“For our program, we made the decision to test this week and we’re glad we have. We’ll get through today and then still have time in the shop before (arriving at Sandown) next Thursday.”

It’s been a big week for the Nissan team, with Michael Caruso’s car and a handful of crew running the Dunlop tyre test at Phillip Island on Monday and Tuesday.

All four cars then ran at Winton in the wet yesterday morning before the call was made to abandon the day before 11am, ensuring it did not count as a test.

“We got some good running done in the wet. We were able to make use of that rule, as all the other teams did as well,” said Sinclair.

“That was good, we got our shakedowns and a bit of other work done. The team had yesterday afternoon off and then were back here today fresh and ready to go.”

Mobil 1 HSV Racing and Lucas Dumbrell Motorsport elected to press on with testing on Tuesday despite intermittent showers.

Although sitting out periods of the afternoon due to the wet track, Mobil 1 HSV manager Mathew Nilsson also declared his team’s running worthwhile.

“It was an interrupted test day, but we still managed to achieve a majority of what we set out to achieve,” Nilsson said.

“Being a pre-endurance test, obviously a key was ticking off the endurance aspects like driver changes, pit stop practice and all the one percent stuff.

“That preparation can have as much of an impact as car speed come race day, so we dotted the i’s and crossed the t’s so to speak.”