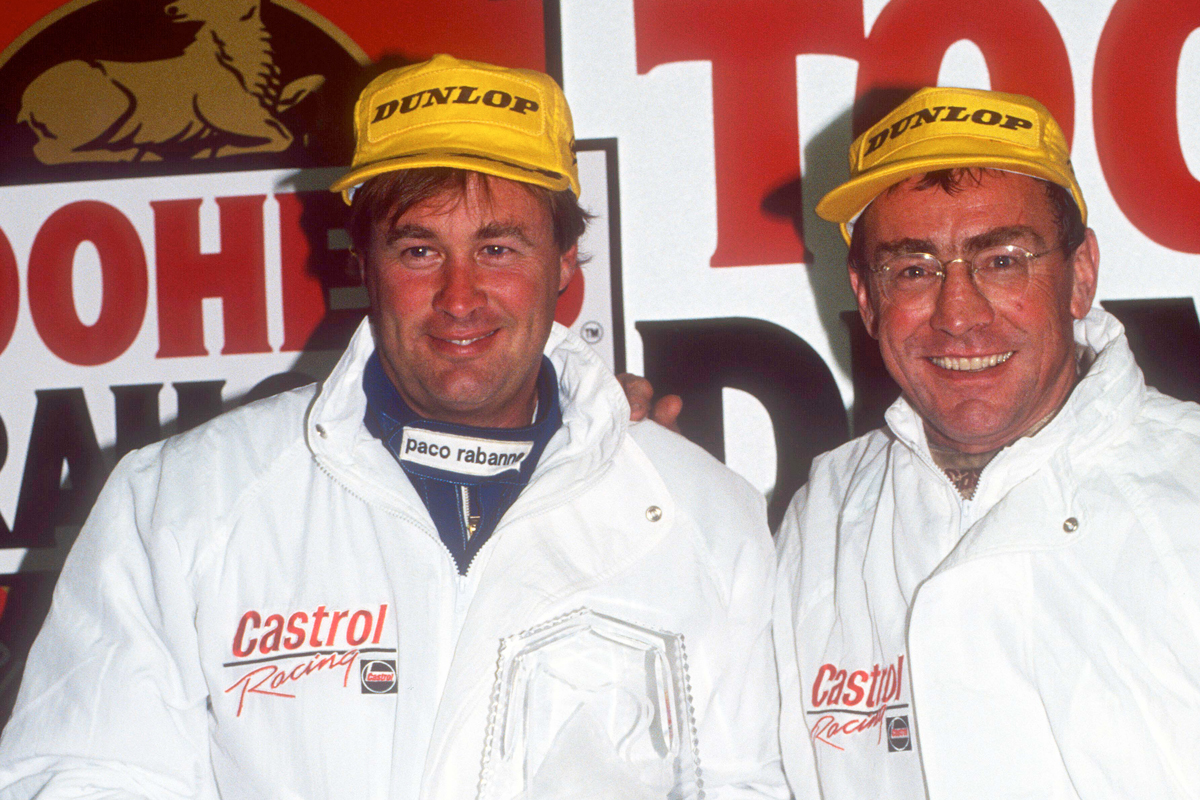 Larry Perkins has paid respect to his late co-driver Gregg Hansford’s on and off-track contribution to the duo’s 1993 Bathurst 1000 victory.

The 25th anniversary of the Perkins/Hansford win is being marked by sponsor Castrol with a tribute livery on Nissan Motorsport’s lead entry for next weekend’s race.

Rick Kelly and Garry Jacobson’s Altima will don the 1993 livery, as well as Perkins’ famous #11, for the Great Race.

Perkins, who sold his race team to the Kelly family in late 2008, helped unveil the car, as well as take part in a video interview with Rick Kelly.

When asked by Kelly of the pressure he was under to convert early practice speed to a win at Bathurst in 1993, Perkins was quick to point out the influence of Hansford.

The 1993 race was Hansford’s first as a co-driver to Perkins, having previously competed in the race for Dick Johnson and Allan Moffat’s teams.

He’d earlier had a distinguished career on motorcycles, winning 10 world championship grands prix, and was renowned for his cool and collected nature.

Hansford drove with Perkins at Bathurst in 1993 and ’94 – when they finished third – before being killed in a crash aboard a Ford Mondeo Super Tourer at Phillip Island in ’95. 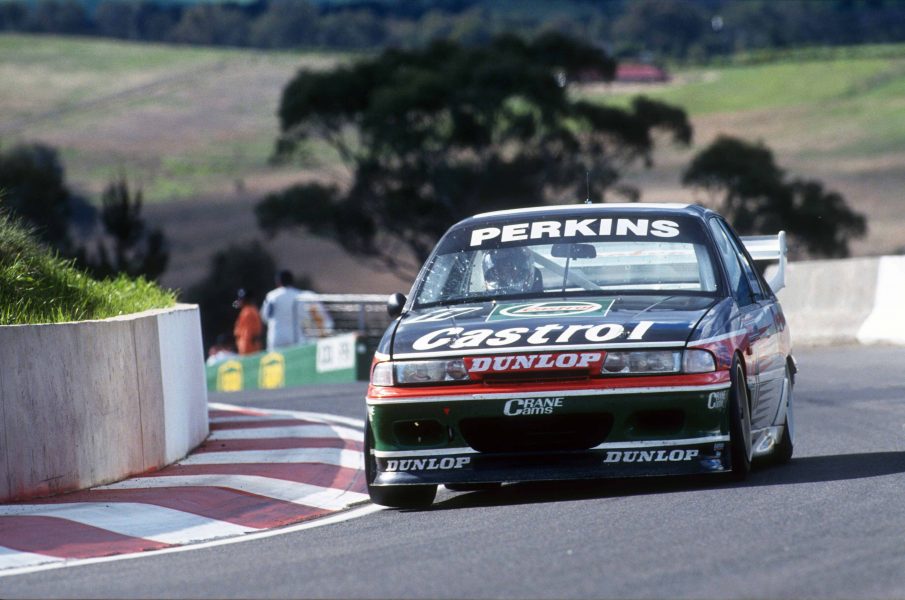 Hansford at the wheel, Bathurst 1993

Speaking about handling the pressure of expectation at Bathurst in 1993, Perkins said: “A lot of things make it a calming moment.

“The late Gregg Hansford was a tremendously good guy personally.

“His driving skills, that never, ever entered my mind that he couldn’t do the job. He never tried to race me as the first driver. I’m sure he was just as quick.

“Everyone knew they were part of the team, and knew that all we had to do was perform at our best and we could win the race. We were all calm and sometimes it works out.” 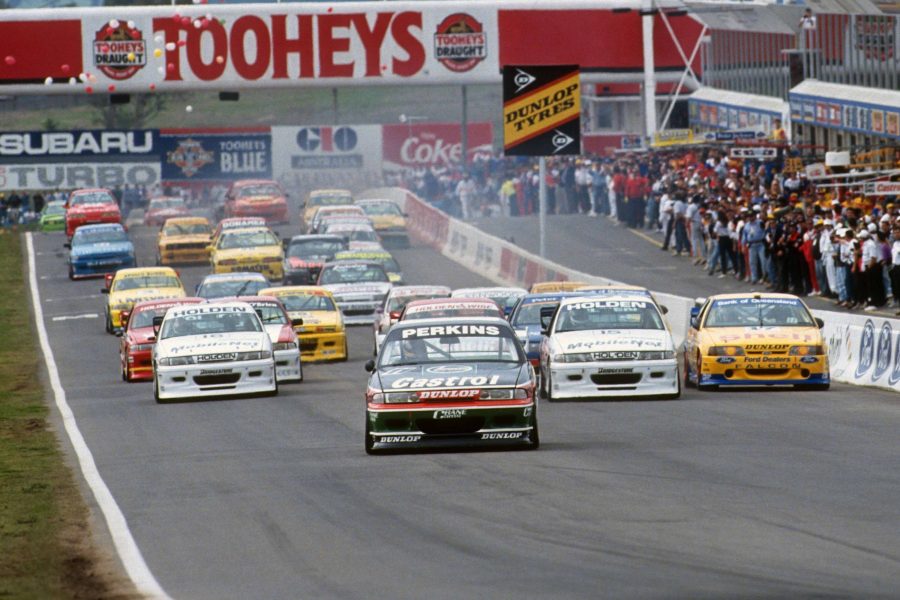 The Castrol Holden won the race from pole

To win, part-timer Hansford had to hold up his end of the bargain against a pair of full-timers, with the Mark Skaife/Jim Richards Gibson Holden proving the biggest adversary.

The race was hard fought, with the two cars never separated by more than 50 seconds, and the Castrol entry eventually prevailing by 11s.

In addition to strong driving stints from both Perkins and Hansford, the former’s legendary preparation played a big part in the final results. 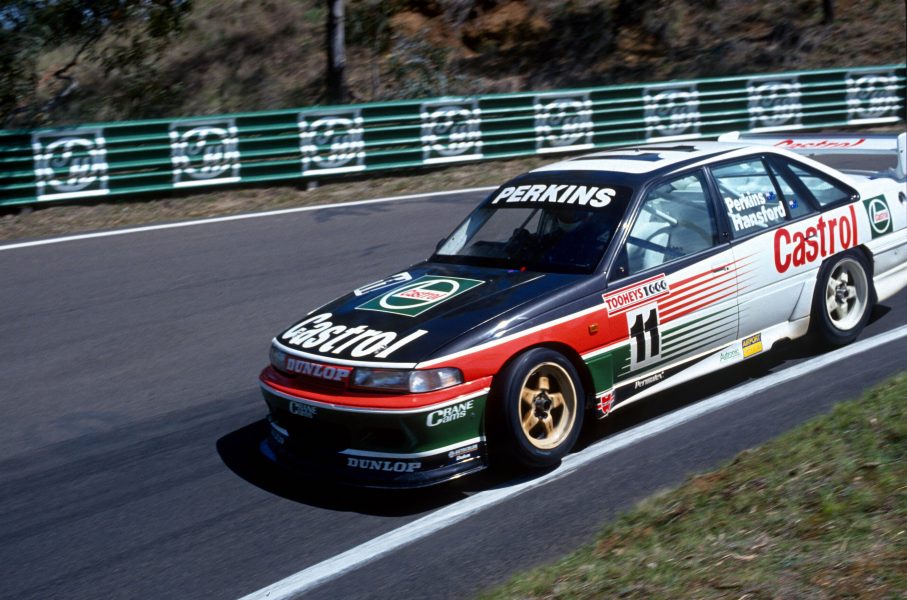 Perkins' preparation was vital to victory

The Castrol car also only needed one brake pad change against two for Skaife/Richards, the first of which was delayed by a jammed pad.

Victory in the 1000 added to Hansford’s success at Mount Panorama on motorcycles, while a 1994 Bathurst 12 Hour win with Mazda added to his unique place in Bathurst history.

Perkins went on to win the Great Race with new co-driver Russell Ingall in 1995 and ’97, bringing his tally to six after three wins with the Holden Dealer Team.

Kelly heads to Bathurst next week still looking for his third career Great Race win after victories alongside Greg Murphy at K-Mart Racing in 2003 and ’04.