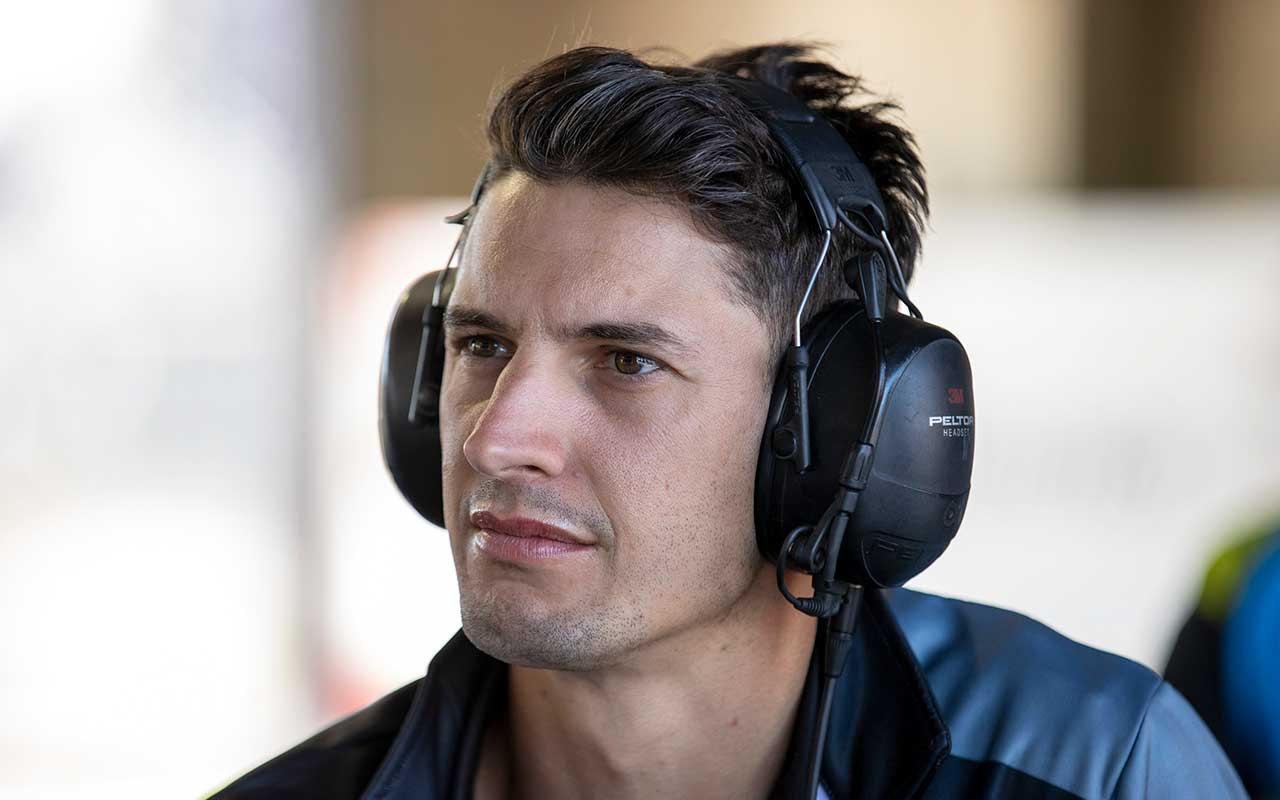 Brad Jones Racing Supercars star Nick Percat is turning back the clock in the Supercars off-season.

The 32-year-old has purchased and will soon take delivery of the Mygale SJ07A in which he won the 2009 Australian Formula Ford Championship.

Percat dominated that year’s season in the renowned development category, scoring a record 12 wins from 23 starts, including 10 of the first 11 races.

Now a seven-season main game veteran with four career race wins to his name, Percat joins a growing list of Supercars drivers to own a Formula Ford from their junior days.

Others include Shane van Gisbergen and Craig Lowndes, while the car driven to the Australian title by Will Davison in 2001 and Jamie Whincup in ’02 is owned by Will’s father, Richard. 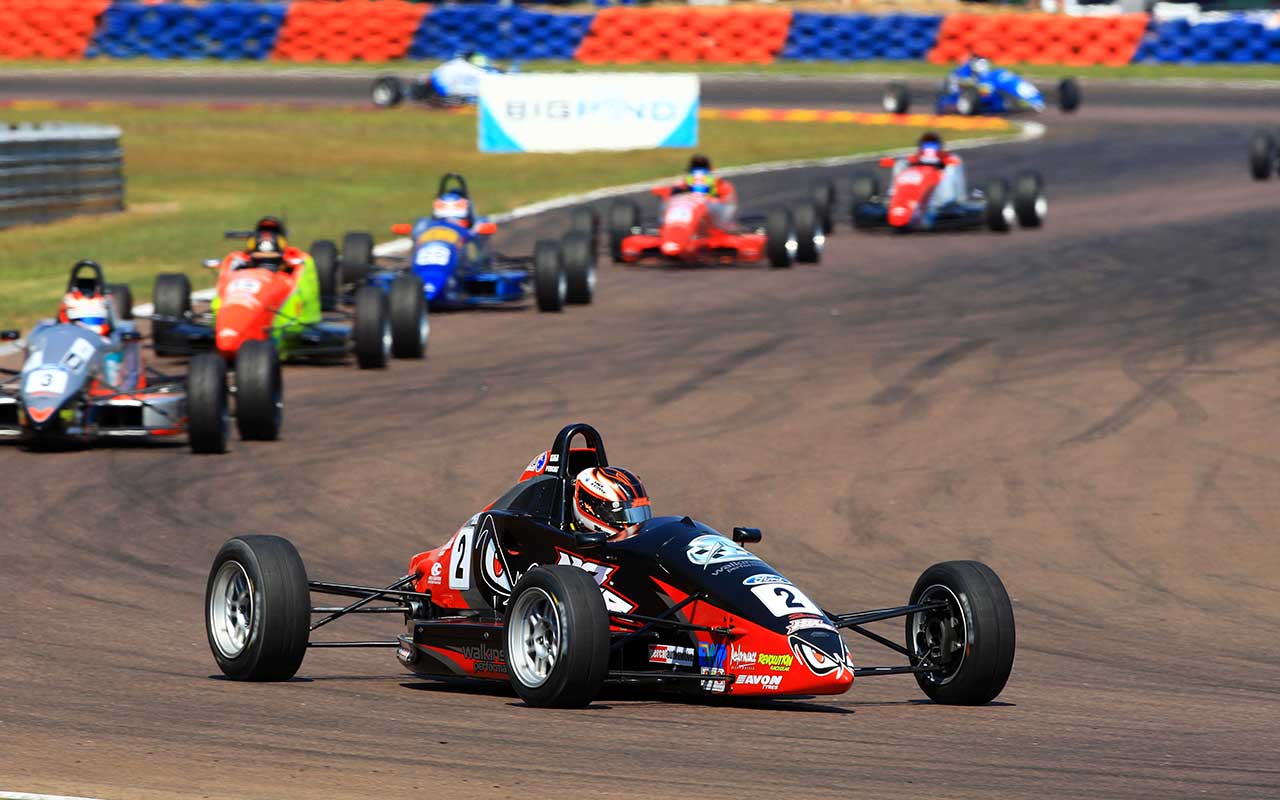 Percat leading the pack at Hidden Valley in 2009

“We’re all very attached to cars that we win in or helmets that we use during a win,” Percat said on the Parked Up Podcast.

“I’m going to put it back to the full No Fear colours how [Formula Ford team] Sonic ran it.

“I spoke to [Sonic owner] Mick Ritter recently and said ‘this is what I want to do’. He’s keen and reckons he’s still got some bits and pieces from that car.

“When we sold it after we were done with it at Sonic, a few little tricky things came off the car that Sonic engineered compared to the other Mygale cars.

“That’s all still sitting around, because that’s when they ran Avons and now they’re on Yokohamas.

“I’ll be able to put the front [suspension] rockers on, the pushrods, give it a lick of paint and a bit of a service. It’s actually in very good condition.” 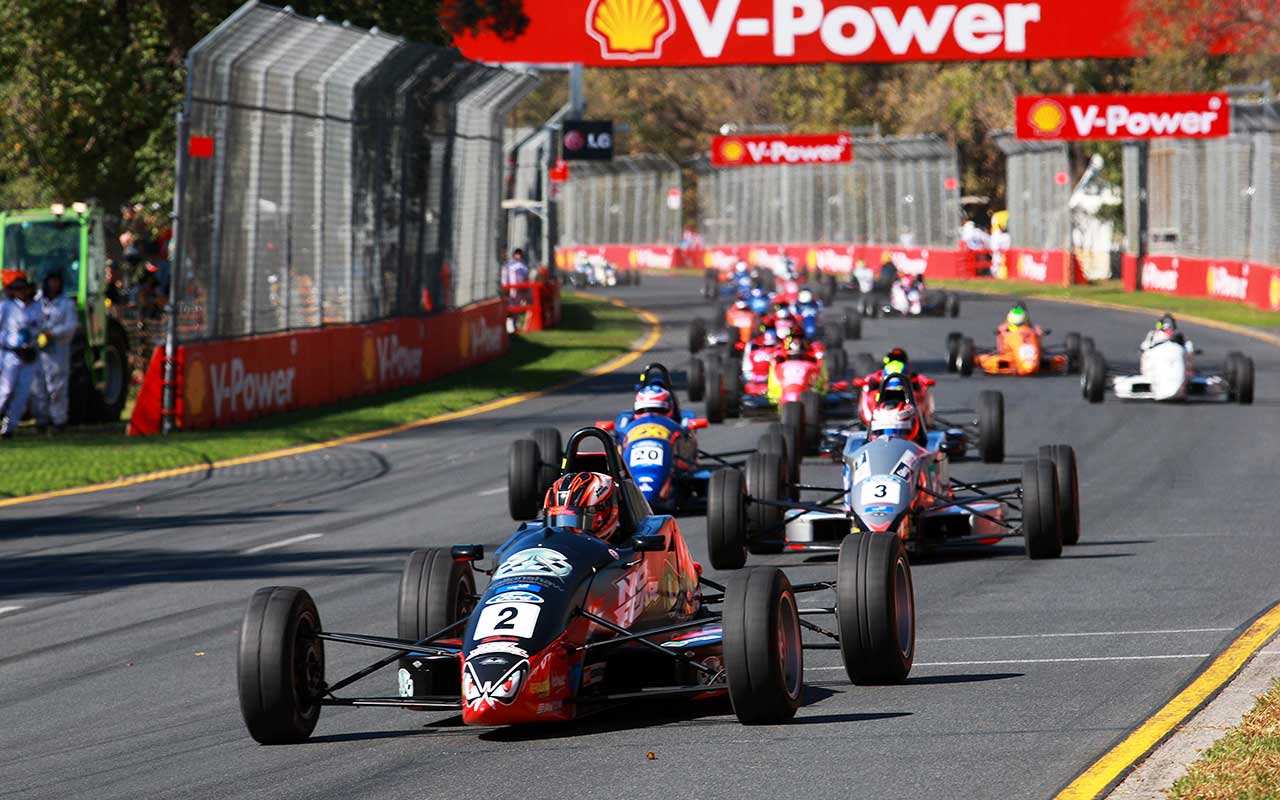 Percat won 12 races in 2009, including the double at Albert Park

According to Percat, the car was retained by Sonic and run in state-level events for around 18 months after that 2009 season, before being sold.

“It went to a guy who was planning to race it but I think he was actually just too broad in the shoulders to even fit in a Formula Ford,” said Percat.

“So he drove it once or twice and then it went to the owner who currently has it in Sydney and he has used it twice as well. I think since I last drove it it’s only done 10 events or practice days.

“I saw the photos and it’s still got the custom brake pedal I made when I was working at Sonic, so I could actually get my foot in the pedal box.

“It’s still got the witness marks on the chassis from when I ‘canoed’ it a few times, so it’s the right one!”

What a day today was. Coates Hire Porsche. 2013 memories, the year that arguably saved my career. Very cool that Dad has gone to the effort to get the #222 back on track

Marc has turned a Carrera Cup Car into a replica of the Coates Hire-backed entry that Nick drove in the one-make championship in 2013 – a career stop-gap between Super2 and main game seats.

Nick drove that Porsche recently at The Bend and also plans to get his Formula Ford on track. He’s keen to share that experience with some of his close friends.

“A few of my friends were dominant in karts all throughout junior days and never got to actually get the chance to step up [into cars],” said Percat.

“They didn’t have the backing to even drive a Formula Ford and dreamed of doing it, so I think I’m going to actually put on a little day with them and give them all a skid.

“If we tear a corner off the thing, honestly it’s had worse things happen to it!”

Percat finished a career-best seventh in this year’s Virgin Australia Supercars Championship with two wins and an ARMOR ALL Pole to his name.

He will continue at BJR for a fifth season in 2021.