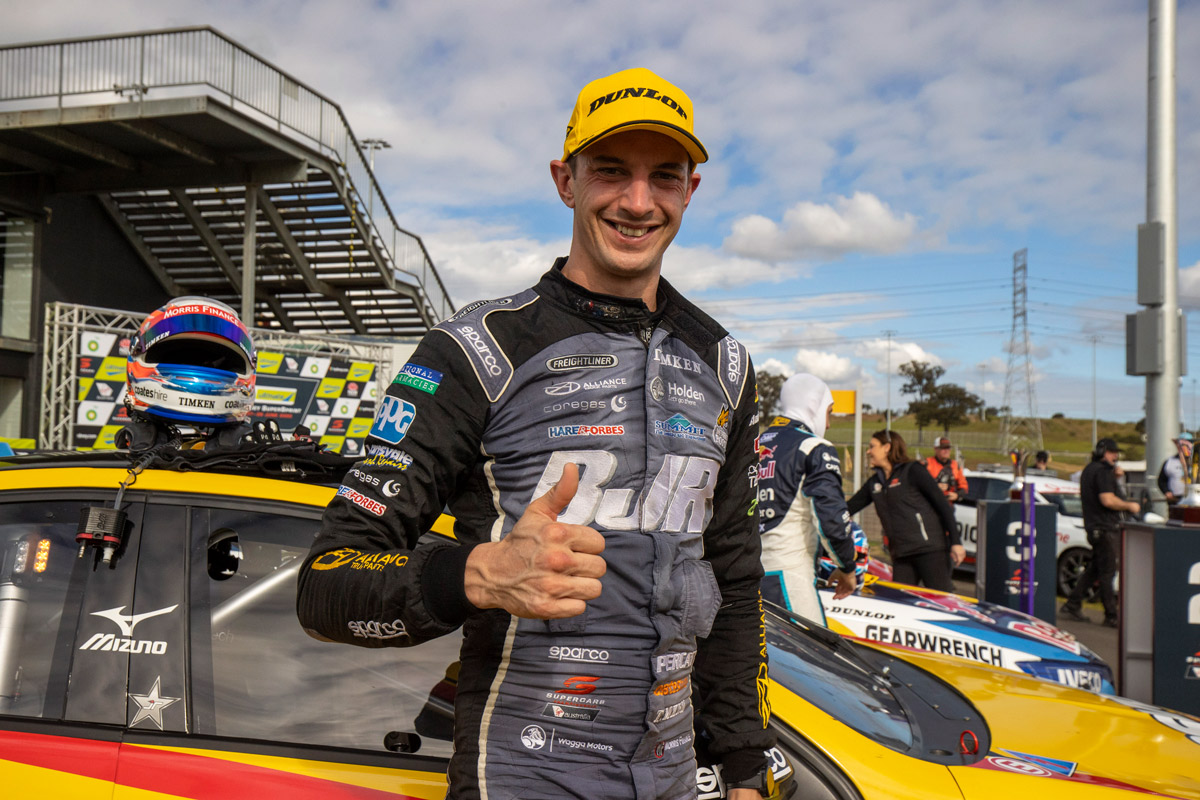 Brad Jones Racing ace Nick Percat is keeping his expectations in check despite snaring a breakthrough win at Sydney Motorsport Park on Sunday.

The BJR Commodore was quick all weekend, with Percat chalking up race results of fifth, first and ninth.

Teammate Todd Hazelwood challenged well in the third and final race – even believing a win of his own was on the cards before a rollbar failure – while Macauley Jones showed strong early pace.

With his first win since joining BJR in 2017, Percat sits seventh in the standings, but he’s not about to get ahead of himself.

“Obviously you try to win every weekend, it’s just Scotty [McLaughlin] and the Penske boys have been ridiculously fast for the last three years, it makes it hard for us all to get one,” said the 31-year-old.

“My goal every race meeting is to be inside the top 10 because it is so tight there and you look at qualifying this weekend, it was crazy tight.

“So for me, if I can consistently be inside that top 10, ideally inside the top six, it’s been a solid weekend for us.” 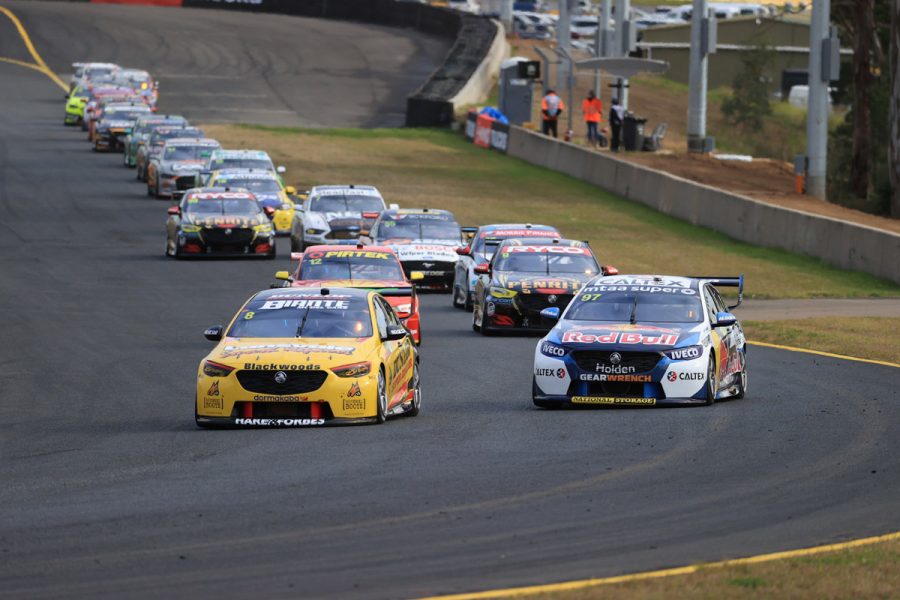 With Winton having been the scene of BJR's previous most recent race win in 2016, Percat is optimistic ahead of next month's Truck Assist Winton SuperSprint.

“We did a lot of work on the cars last year ahead of this year and I think even Adelaide we were quite strong, which was positive,” he said.

“And then we rocked up here and the cars have been good which is positive because we have struggled here a little bit in the past.

“We have had good race cars but sometimes don’t qualify that well.

“Winton is funny. BJR definitely had a purple patch with Winton going for a few years there and then we’ve actually struggled there for the last two or three so hopefully the car is good again.

“Sladey [Tim Slade] used up all of that purple patch goodness in 2016 and then it’s been a bit of a battle for us as a team there since.”

In the first four years of the Car of the Future generation, BJR took nine Winton podiums including three wins – but from 2017 onwards they haven’t bettered seventh at the country Victorian circuit.

Percat’s win yesterday marked the third of his Supercars career and the first since a wild and wet Adelaide 2016.

“It was nice to win it not with a cloud over it [like] with the Adelaide 500 win with everyone’s fuel and stuff,” he added.

“It was good fun, this tyre strategy stuff, because you’re sitting on the grid and you’re looking around at who’s there with you.

“It’s kind of like poker, but you’re playing it with 24 people on the fly and you can’t actually see their expression, so it was mega fun.”

The Truck Assist Winton SuperSprint will be held across July 18-19.