Off-track work on routine and discipline has helped Nick Percat ‘tame a few of the little demons’ and became a more mature driver in 2018, he says.

Percat made a strong start to the Winton SuperSprint, clocking the third-fastest time on Brad Jones Racing’s home ground.

The 29-year-old enters the weekend 11th in the championship, 11 places higher than at this time last year.

Percat moved to BJR in 2017 after two years at minnow outfit Lucas Dumbrell Motorsport, working hard to shed a reputation for being fast yet incident-prone.

Aside from the Saturday at Phillip Island, where his car was beset by splitter issues, Percat has finished every race in the top 15, headlined by his two podiums at Albert Park.

“I feel like I’m driving pretty well, definitely trying to tame a few of the little demons that myself and Brad knew about when I signed with him a few years ago,” he said after Friday practice.

“All that side of stuff is going well, I think that’s what reflects in the race. I think we’ve passed 40-odd cars in the past three rounds and the car’s not come back with a mark on it.

“I think that definitely shows [progress] because the 2017, 2016 Nick would have thrown it in the fence or done something a bit silly, so it’s good to see for me personally that stuff starting to work out.”

Percat started his Supercars career with Walkinshaw Racing, winning Bathurst as a co-driver in 2011 and making his full-time debut with the team three years later.

Asked to expand on what he’s worked on away from the track, Percat said it’s about going back to the discipline he learnt during that stint.

“Just a little bit of routine stuff away from the track that I used to do when I was at Walkinshaw Racing for those six-to-seven years,” he said.

“You could kind of do what you wanted, you came back and finished 20th and it wasn’t an issue. That’s just where we were at.

“But obviously being back with a big team with fast cars, I think last year I didn’t have much discipline and now I’m just doing a few things away from the track that I used to do and it’s starting to work out.” 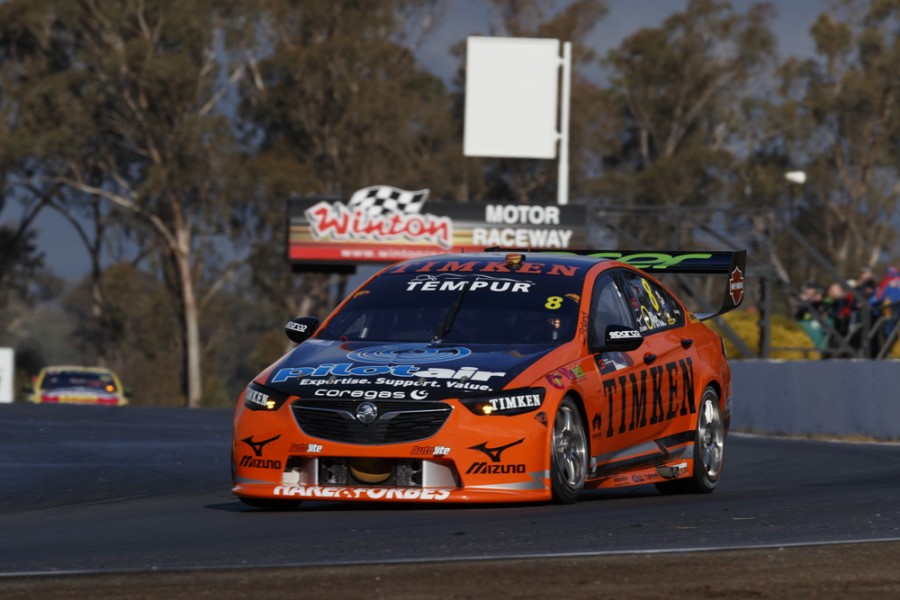 BJR also made key changes to its technical package over the off-season, adding KRE engines – as used by Triple Eight – to its new ZB Commodores.

The team is in the thick of the battle behind the powerhouse squads, with Percat’s team-mate Tim Slade ninth in points following the recent Perth SuperSprint in which he took a fourth-place finish.

“A few little go-fast bits in the car have made the car a bit nicer to drive,” Percat noted.

“Perth we normally struggle; that (ninth and seventh) was my best-ever result there. Sladey nearly landed us on the podium, so we’ve definitely made a step forward in the cars.

“There’s Penske and Red Bull cars and then there’s a gap to the next group of us. To be honest I think Erebus are doing a good job of bridging that occasionally.

“I think we all want to be the team that joins that fight, consistently week in week out, but there’s a little bit of work to go but we’re on the right path and I think it’s all going pretty good.”