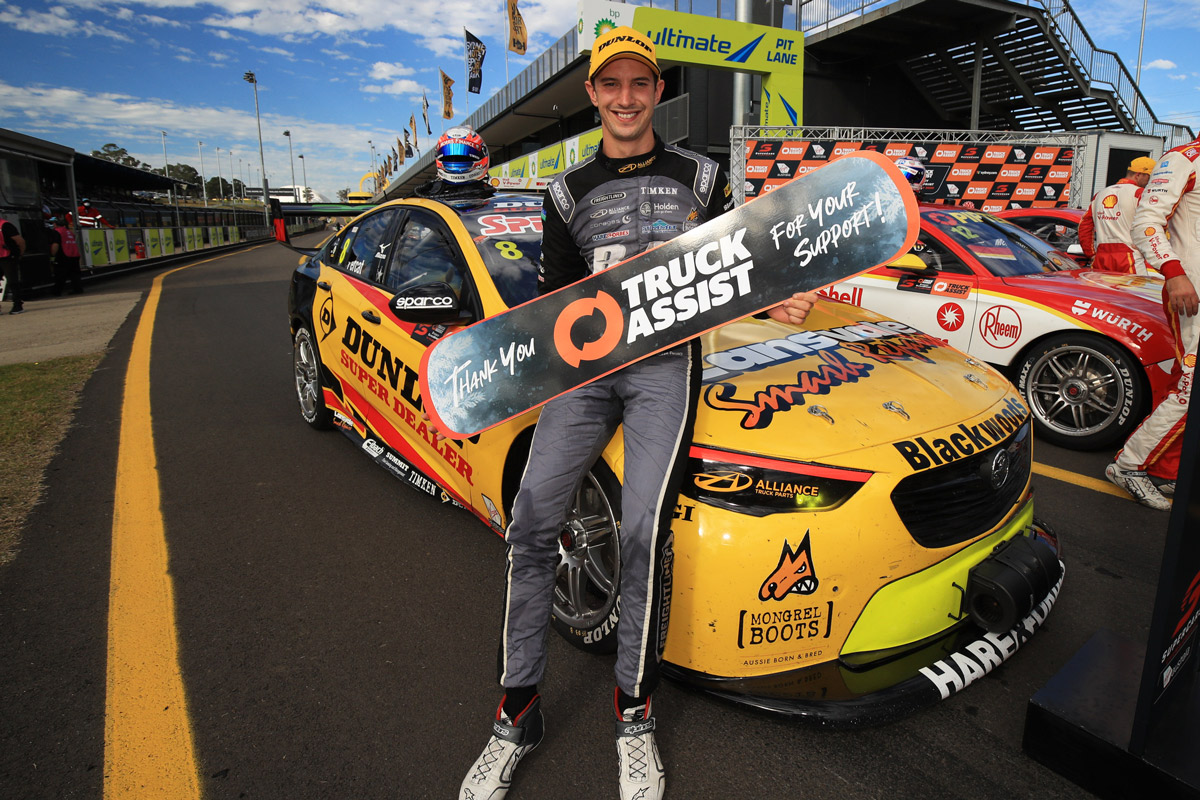 Nick Percat has taken his second Supercars race victory in as many events, winning the second leg of the Truck Assist Sydney SuperSprint.

That was Fabian Coulthard, who also used the soft-soft strategy, while polesitter Scott McLaughlin went hard-soft and charged home for third.

Van Gisbergen led the opening 22 laps, holding out Percat for the first 12 of those before the BJR Commodore pitted.

The Red Bull driver lost ground with his long soft stint and then switched to the hards, eventually coming home eighth, almost 30 seconds behind Percat. 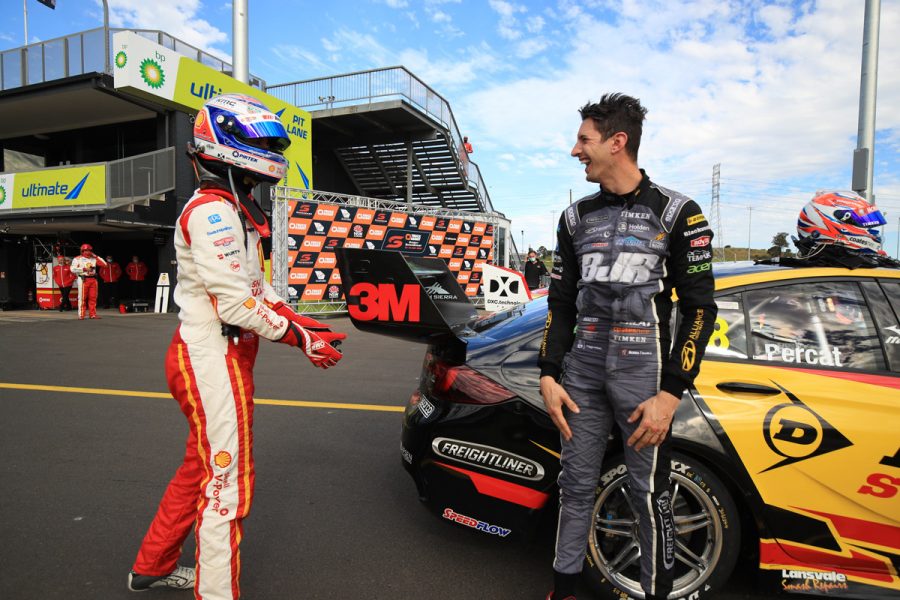 Said Percat: “We knew our long tyre pace was good so we [pitted early] to force the hand of Triple Eight.

“I thought they were going to play the soft-soft game. I said, ‘well you can try to pass me now because I’ve had a crack at you for 10 laps’.

“Credit to BJR, Brad, AE [engineer Andrew Edwards], everyone there, they backed the way I look after a tyre so we can do a strategy like that.”

Courtney, who started just 15th, and Kelly went soft-soft and appeared set to finish third and fourth, before both losing places to McLaughlin in the final half-lap.

Saturday night winner McLaughlin had fallen to fifth in the first stint, but was the one to watch in the closing stages, denying Courtney the podium right on the line. 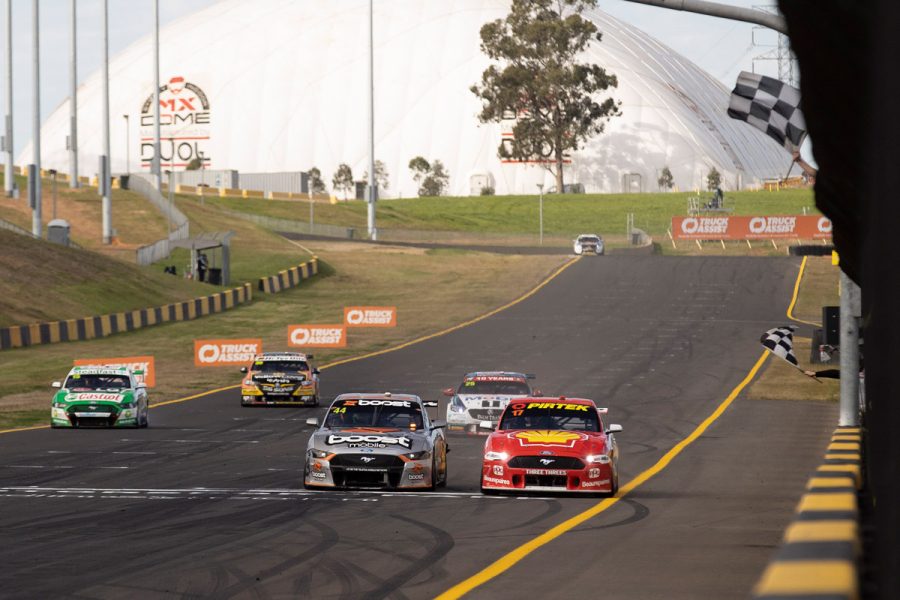 “That was awesome,” beamed McLaughlin. “I really needed Rick to make a mistake or have a go at James and he sort of did and I got up the inside at Corporate Hill.

“It was all fair game I thought, and then James made a mistake at the second-last corner. I gave him a little nudge and away we went. It was good fun.”

Added Courtney: “Scott pitted a little bit later so had a little bit fresher tyres and that thing is pretty speedy. I was hoping that Rick was going to hold him up a bit more.

“I was propping them pretty hard and a bit of old-school race craft had to come in and really thinking about what you were doing to try to position the car.

“I did everything I could and as I came out [of the last corner] he just had better drive. I tried to get the side-draft to get back past him but we didn’t win that battle...”

Garry Jacobson and Jack Smith were the others on the soft-soft strategy, taking career bests in seventh and 10th.

Cameron Waters followed Mostert’s strategy and ended up ninth, while the top hard-hard runner was David Reynolds in 11th.

Andre Heimgartner also went the hard-hard option and finished 12th, saving both his soft sets to make the most of his ARMOR ALL Pole for the weekend’s final race.

Jamie Whincup qualified 19th on the hard and also stuck with that compound for both stints in the race, taking the flag 17th.