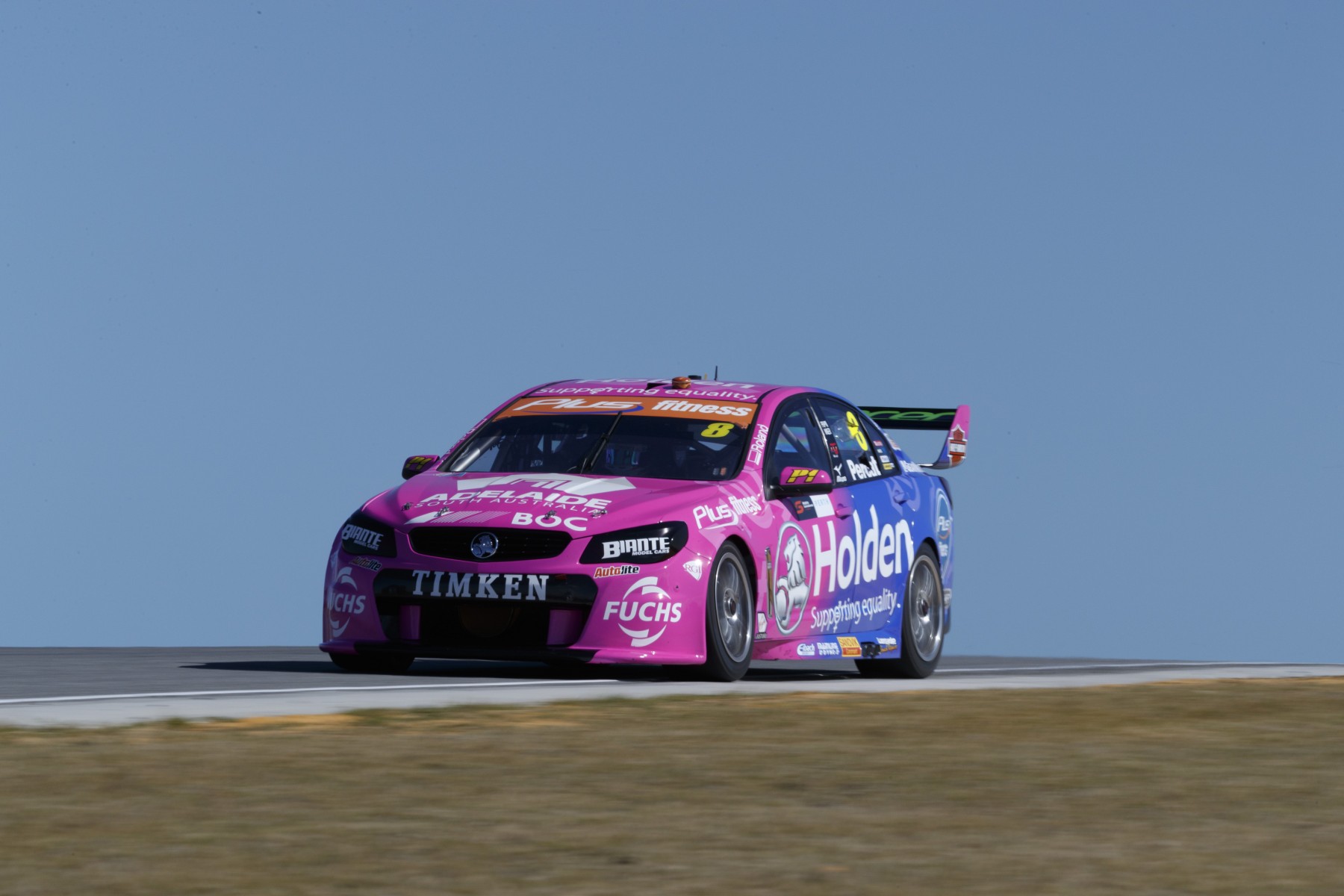 Nick Percat says a rough start to life at Brad Jones Racing has not changed his goal of a top-10 finish in the championship.

Crashes at the Clipsal 500, Australian Grand Prix, Tyrepower Tasmania SuperSprint and tyre failures at the WD-40 Phillip Island 500 have hampered the South Australian’s maiden campaign with the team.

Despite high expectations on the Bathurst winner joining the race-winning squad, Percat sits 22nd in the points championship.

Ahead of a trip to the Winton circuit BJR dominated in 2016, the South Australian remains buoyed he can recover his results for the remainder of the season.

“I've been frustrated at times because I've had a thin few years then things that have gone wrong out of the team's control or my control,” he told Supercars.com.

“I probably vent a little bit, which I think is to be semi-expected after a pretty horrendous start to the year.

“Other than that, the team itself has been really good to work with.

“I think I was worse off in 2014 when I probably would have got into the top 10 if it wasn't for red flags at Homebush.

“I think I was dead ringer last for the first four rounds by a comfortable margin. I'm going better than that.

“Between myself and Will (Davison) we're lucky to do 50 percent of the races. It's definitely crazy, but I'm aiming to be back towards that top-10.”

The 28-year-old the approach to the Albury squad has been impressive given the workload between the two-week race turnarounds and heavy repair bills across the Virgin Australia Supercars Championship and Dunlop Super2 Series.

"I'm sure you don’t expect to have a serious manufacturing issue with a brake calliper that basically costs you a car and whole race weekend,” he added.

“I don’t think there would have been any team in pitlane that would have bounced back really well, then roll into the other issues we had.

“I think the way we've gone about it and had cars prepared to a high standard. It's not like there's cars rolling out with a doubt over the chassis.

“The good thing is car #14 with (Tim) Slade has been trucking along really well. It's not like the car is slow.

“You have to have a strong team to get through what we've got through without people wanting to leave or not putting in 110 percent.

“They're all saying the same thing, they want to get good race results, win races and get the cars back to the front where they know they can be.

“It's been impressive no one has dropped their bottom lip and given up on the whole thing.”

Percat added he is still to get the most from his Commodore but has built confidence in the limited running he’s had.

The car #8 driver finished in the top-10 for the second time of the season during the Perth SuperSprint’s Sunday race in what is a confidence building result.

“For me it's encouraging because I'm still new to the car,” he concluded.

“Even if you compare me to Garth (Tander), the amount of laps he's done in his car compared to mine is pretty different.

“For me it was encouraging to leave there and go 'yep, I can still drive a car fast, I haven't forgotten since March'.”