The Brad Jones Racing driver emerged from his second pitstop on lap 43 just ahead of Waters, and kept the Tickford Falcon at bay for most of the tour.

Waters made a move down the inside at the hairpin and then hung around the outside until the change of direction into the Turn 11 right-hander.

Percat had lost another place to Garth Tander by the time he gathered the Coregas NZ Commodore back up, but ultimately re-passed the group and cleared off to finish 10th.

"It was definitely out of the blue," Percat said of the contact.

"We obviously raced off [Turn] 4 when I came out of the pits and gave him room.

"And then got to the hairpin, I was around the outside of him, he tried to use me up there, that's what he does, it's the way he races, so I knew that was going to happen.

"I had fresh tyres and a brand-new tyre on the left-rear so I got good drive off there and looked in the mirror, realised there was no overlap and turned into the last corner and got the big bang.

"I thought I was going to be up in the crowd having a beer after that one, with the car.

"It was pretty average from him. We've all got a massive amount of respect for each other.

BJR requested an investigation into the incident, with Deputy Race Director Michael Masi determining "no driver was wholly or predominantly to blame". 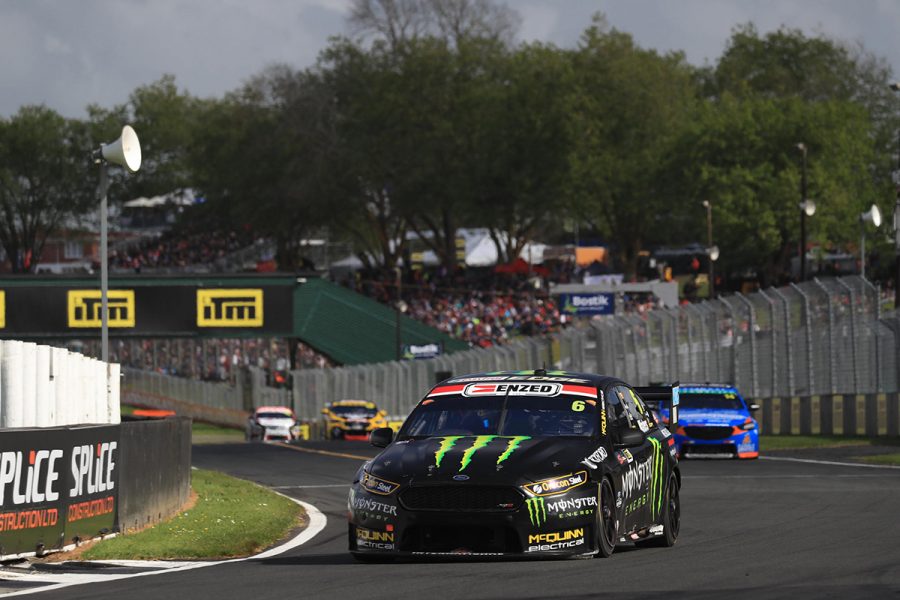 Waters, who finished 12th, said the clash with Percat was "awkward", but felt it was "just hard racing".

"I got kind of squeezed going into the last corner, so I thought f*** it, I'll give it a go'. I ran out of room and rode up his back wheel. It is what it is.

"It was all a bit awkward. He kind of squeezed me early on, then there was kind of an overlap. I thought he might have gone back to the left a bit more before turning in.

"It was all going when my front wheels were in the air. I was just hoping they'd come back down, and they came back down, so happy days.

Percat meanwhile raced from 13th on the grid without a working radio, his 10th-place combining with eighth on Saturday to leave New Zealand 10th in the points.

"I was just out there, driving around, looking for the pitboard, finally saw that, pitted, old-school with signals and stuff like that.

"I was playing, disconnecting all the radio, found the radio, realised it was flat, put it back in, and drove around in peace.

"It was pretty relaxing, nobody wanted to talk to me, it was all good!"