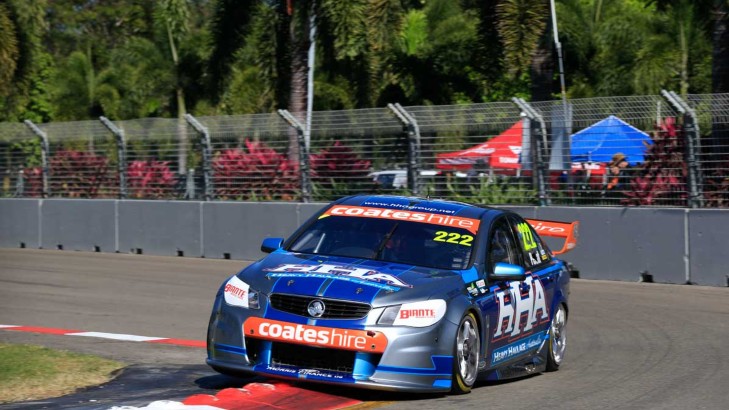 While his Walkinshaw Racing teammates James Courtney and Garth Tander locked out the front row for this afternoon's first 125km race, the 25-year old upheld the squad's honour in the second 10 minute session by claiming second spot on the grid in his HHA Holden Commodore VF.

"Hopefully we have a clean race," said Percat. "Up the front against good guys it is much easier than looking in your mirrors into turn one waiting to get driven into the fence.

"So I can't wait to get out there and play with my Kiwi mate Fabian!"

"Darwin, we just forget that even happened," he said. "That was a little blip on the radar."

Percat has shown consistent qualifying speed for most of the season without transferring that into any better result than a sixth place race finish in New Zealand. However, he does have a V8 Supercars win to his credit after co-driving with Tander at the Supercheap Auto Bathurst 1000 in 2011.

Percat signalled he was set for a good result after qualifying ninth for race 20.

"The car was better for the second run," he said. "We tuned it up a bit a little bit, just trying to massage what we had out of the truck and it's paying off big time."

With all four cars in the top 10 for race 20 and in the top 11 for race 21, there is no doubt the Walkinshaw Racing cars work well at Reid Park. But Percat said the pace was indicative of the progress the rebuild of the team under new managing director Adrian Burgess was making.

"I think these cars are starting to work everywhere," he said. "We are going in the right direction and everyone in the garage from Adrian Burgess down is firing well."