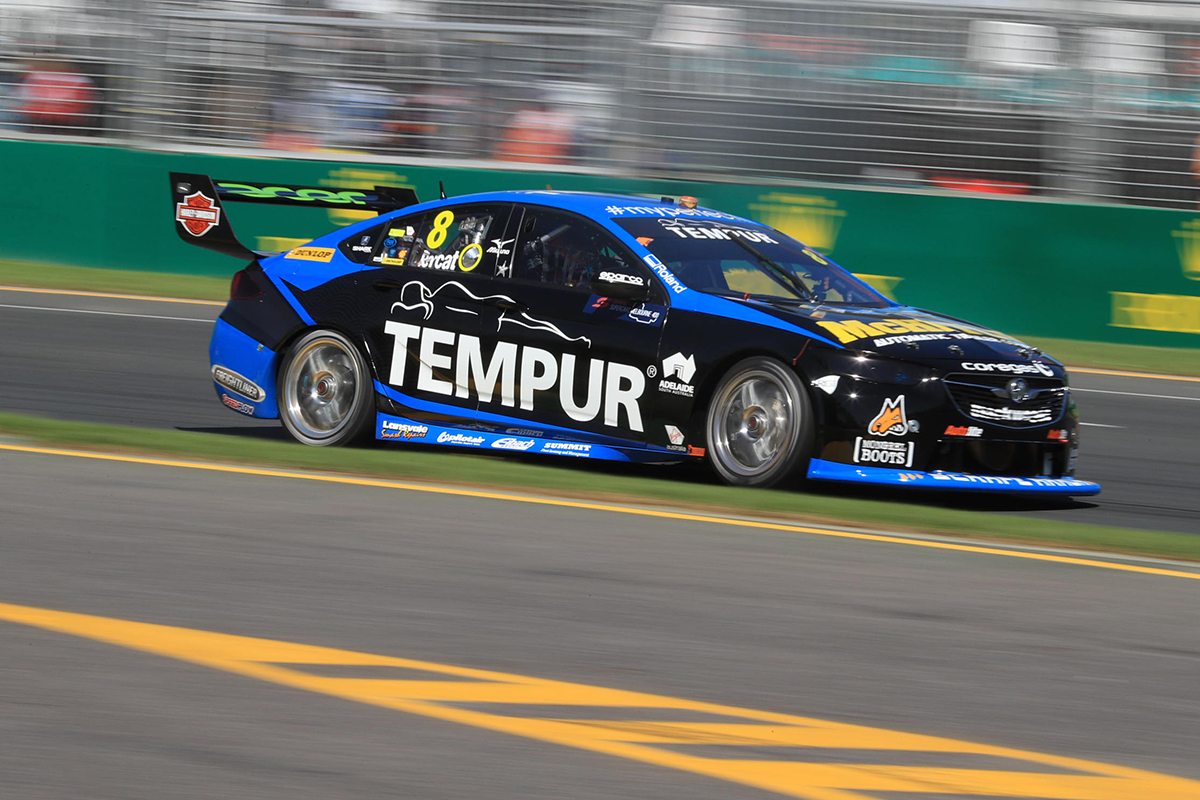 Percat qualifying sixth on four occasions in 2017, but improved on that with fifth for the second leg of the Coates Hire Supercars Melbourne 400 to be run on Saturday.

It capped a strong day for Percat, who along with BJR had a relatively-muted start to the season in Adelaide with the ZB Commodore and its new engine partner KRE, to sit 14th in points.

The 29-year-old was second and fourth in Thursday’s two practice sessions, and his lowest result in any session was seventh in the first ARMOR ALL Qualifying.

“Practice was really positive today, we’ve rolled out the cars and they’ve been fast from the get-go, which is always a positive start to a weekend at Albert Park,” said Percat.

“BJR has always had good pace here, and to be around the top of the times has been really good.

“It’s one of the strongest days I’ve had with BJR since I’ve been here.

“The Tempur Commodore is by far the best car I’ve ever had at the Grand Prix circuit, and it’s my best qualifying result so far with BJR.”

The first pair of rapid-fire qualifying sessions were held on Thursday afternoon, setting the grid for the first two races, with the balance to follow on Friday.

Drivers invariably set their best times on their first flying laps, and only completed a single run.

Despite the pressure of only having a single run, Percat was among nine drivers to finish both sessions in the top 10.

“The warm-up lap here is crucial and you really need to walk the car around at 60km/h or so to make sure you take no energy or grip out of the car and then hope you arrive at Turn 1 with enough tyre temp to get through there and push for a flying lap.”

Tim Slade will start both races 11th in his Freightliner Commodore, with Tim Blanchard 25th and 18th in BJR's CoolDrive entry.