Brad Jones Racing's Nick Percat set the pace in final practice for the maiden OTR SuperSprint at The Bend.

The South Australian turned a 1:49.5892s in Practice 3 at Australia's newest circuit, finishing 0.2248 seconds ahead of Mark Winterbottom.

Drivers continued to work at finding the limits of the 4.95km layout, with teams trying major set-up changes during the 45 minutes in a bid to find direction.

Jamie Whincup, Percat and Andre Heimgartner led the way through the first third of the session, Heimgartner with a 1:50.4676s benchmark.

Whincup, Percat and McLaughlin were among those having off-track excursions during the early stages, the Holden pair at Turn 9 and McLaughlin at Turn 5.

McLaughlin also ventured wide at the penultimate corner on a subsequent run, nearing the halfway mark while 14th in the order.

At that stage, times were still 1.7 seconds off the pace set on Friday afternoon by van Gisbergen.

James Golding and then Craig Lowndes moved to the top entering the final 15 minutes, Lowndes turning a 1:50.3055s to go three tenths clear.

Winterbottom recorded the first sub-1:50s lap with eight minutes remaining, but was displaced at the top shortly after by Percat's 1:49.5892s.

That effort from the Mobil Commodore was not beaten, continuing a strong start to the weekend for BJR.

“It’s awesome to be in that front five, but far out, if that thing is quickest, there are some blokes working really hard,” Percat said

“I feel like all our cars are outside the window and we’re teetering on the edge.

“The good thing is the car has been fast on old and new tyres and it shows that our package is good here.

“If they just keep resurfacing all the tracks around the country, BJR will be on for a championship.” 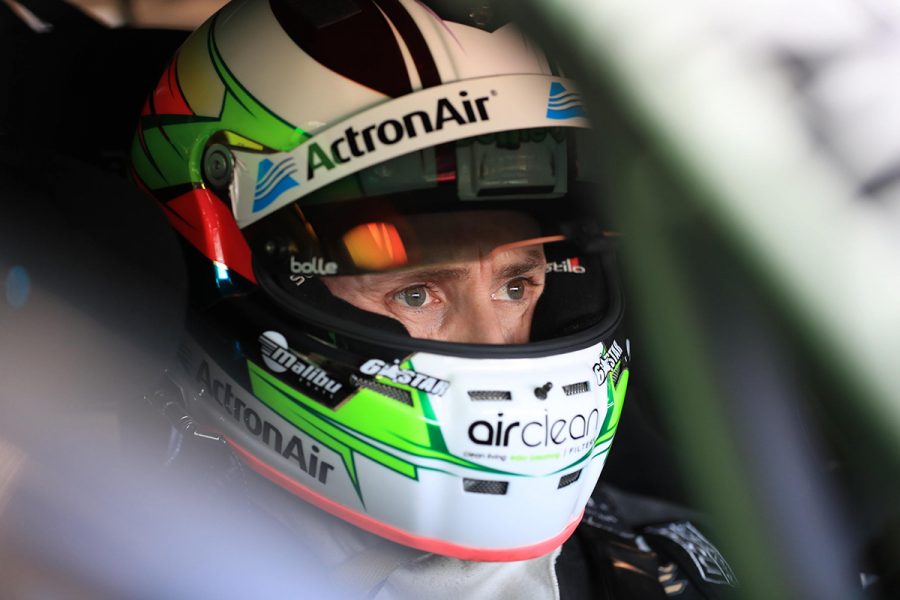 “There’s been some big changes for this weekend which has been good, and you need the results to back up to verify the things you ask for sometimes,” Winterbottom said.

“It is a new track and a new surface and all that sort of stuff, but the car is making a lot more sense.

“Obviously qualifying is up next, but that whole session we were competitive, and when you ask you need to deliver and hopefully we can keep going and get a good result.”

Tim Blanchard was fourth in his CoolDrive Commodore, with the third BJR entry of Tim Slade eighth.

Heimgartner wound up fifth, with van Gisbergen sixth from Lowndes, Slade, Whincup and Michael Caruso in another Nissan.

The late efforts of Red Bull HRT pair van Gisbergen and Whincup were impacted by minor mistakes, the former captured gesticulating during his lap by the on-board camera.

Golding was 11th as the top rookie, ahead of McLaughlin, 0.7567s off the pace in his Shell Falcon. 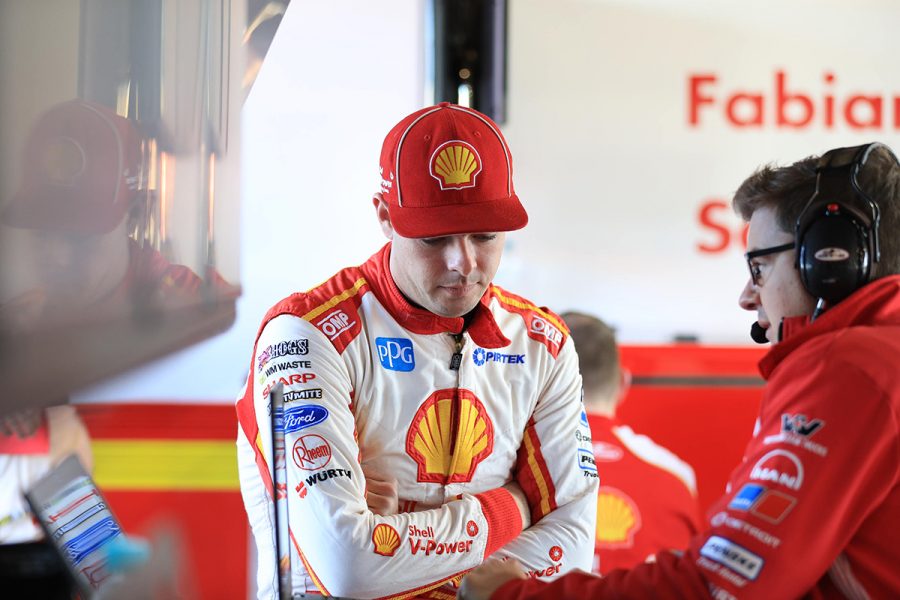 “I just need to put it together,” McLaughlin said.

“The car is not too bad, I’m just trying a few things driving-wise and over-driving it in some aspects.

“It’s a tough circuit. There’s definitely places where you need to under-drive it in some areas… hopefully we can lock it down in quali.

“I don’t reckon I’ve put a decent lap together all weekend, so I need to give myself a kick up the backside and just get on with things.”

David Reynolds spent the bulk of the session outside the top 20 and wound up 15th in his Erebus Commodore, ahead of Fabian Coulthard and Rick Kelly.

James Courtney took 20th, having had a wild off-track ride through the Turn 7-8-9-10 complex of right-handers in the closing stages.

ARMOR ALL Qualifying starts at 1:15pm local time, setting the grid for the 24-lap race at 4:20pm.