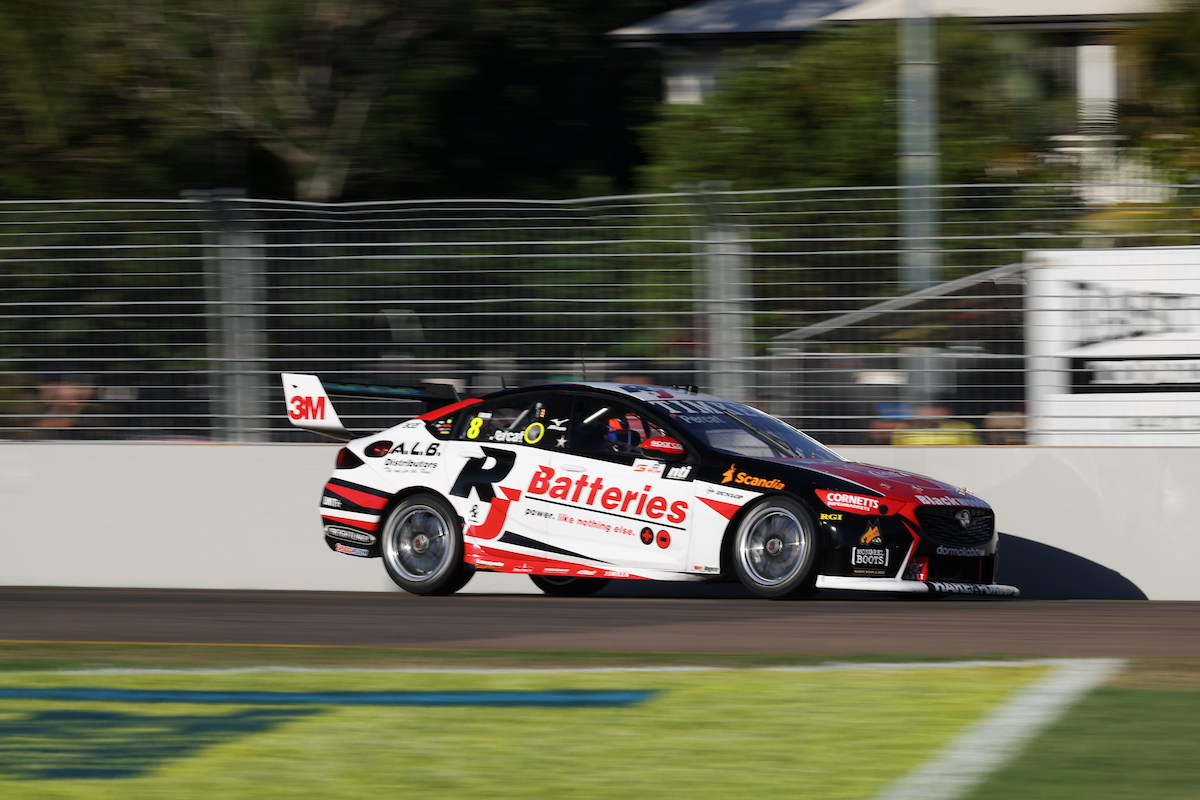 A drink bottle failure made life uncomfortable for Nick Percat, who finished fourth in Race 15 at the NTI Townsville 500.

Percat christened his first race as a re-signed Brad Jones Racing driver with a solid run to fourth in the 88-lap epic.

With Mark Winterbottom 10th, Percat moved up to sixth in the points standings.

However, it was later revealed that Percat completed much of the race after his drink bottle failed.

Race winner Shane van Gisbergen said afterwards that the 250km affair was "real physical", with Percat one to fall foul of the marathon.

"He didn’t say too much about it but when he got out of the car, he was just cooked.

"So, to be on the safe side, make sure that he’s okay… he’s been in the cool pool and he’s not cramping or anything."

It was an other tough day for BJR, with Todd Hazelwood suffering a power steering drama.

Hazelwood shadowed the top 10 before his issue, which relegated him to 22nd, eight laps down.

"I thought it was a pretty good result; I’d probably give it a seven or an eight, or something [out of 10]," the team owner continued.

"Nick was very close to Anton [De Pasquale, who finished third] for a lot of that race.

"I felt Todd did an amazing job driving back through the field; he would have finished eighth if they didn’t have a problem with the power steer.

"Macca and Jack had one of their best weekends, and really good car speed.

"I felt Macca got roughed up a little bit early in the piece but otherwise, he had the pace of that group in front of him, and so did Jack."

Cars will return to the track on Sunday for Race 16 qualifying at 10:10am AEST.