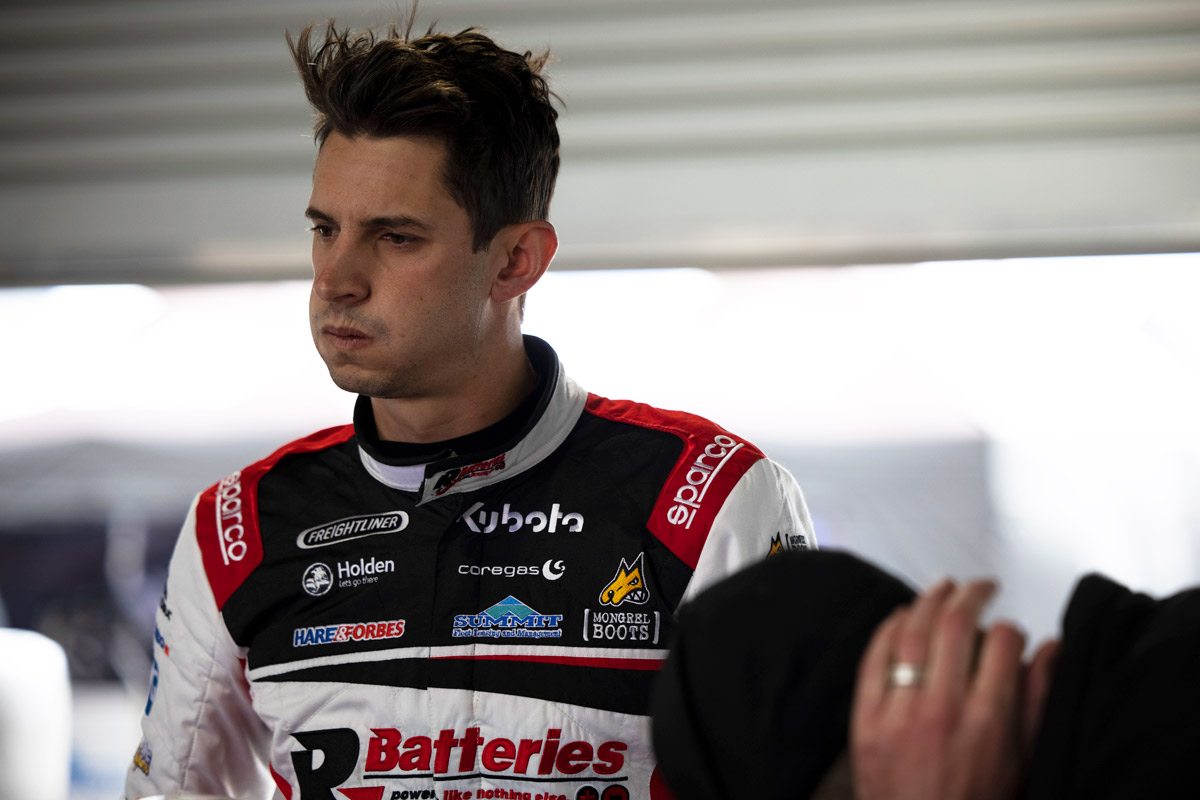 Brad Jones Racing spearhead Nick Percat has revealed he was suffering from food poisoning and motion sickness during the OTR SuperSprint.

The 32-year-old continued his excellent 2020 campaign this weekend, turning a trifecta of eighth-place qualifying performances into two sixths and a fourth.

It didn’t come easy, however, with the ailment somewhat affecting his podium hopes in The Bend finale this afternoon.

“I was trying to get to obviously attack Jamie [Whincup in third] but – bit random – I’ve had a bit of food poisoning,” Percat said.

“I was actually getting motion sickness behind him with the wing, like the concertina effect, and I couldn’t quite judge if I could have a big dip at him at [Turn] 6.

“I had a crack and I wasn’t close enough but I’m just happy to survive to be honest.

“Up all night sick, pretty intimate with the toilets here at The Bend, so just happy to leave here with some good points and a straight car heading into Bathurst.”

Percat is sixth in the championship heading into the final event of the season, the Supercheap Auto Bathurst 1000.

Paired for the Great Race with Dunlop Super2 Series leader Thomas Randle, the #8 R&J Batteries Commodore shapes as a genuine contender – and preparations have already begun.

“It was good, we did a little bit of development work in that last race [today] for Bathurst, with the front of the car, so that was similar to our Bathurst set-up,” said Percat.

“I’m super stoked that we tried the things that we did then.

“It was a pretty big risk to run the car in that configuration and it seemed to go alright.

“It looked like it tidied up a bit of our straight-line speed after Race 2 I thought we were quite weak, so I’m looking forward to getting to Bathurst and getting Tom in the car.”

With 300 points on the line at the Mount Panorama classic on October 15-18, it’s possible for Percat to still finish as high as third in the standings.